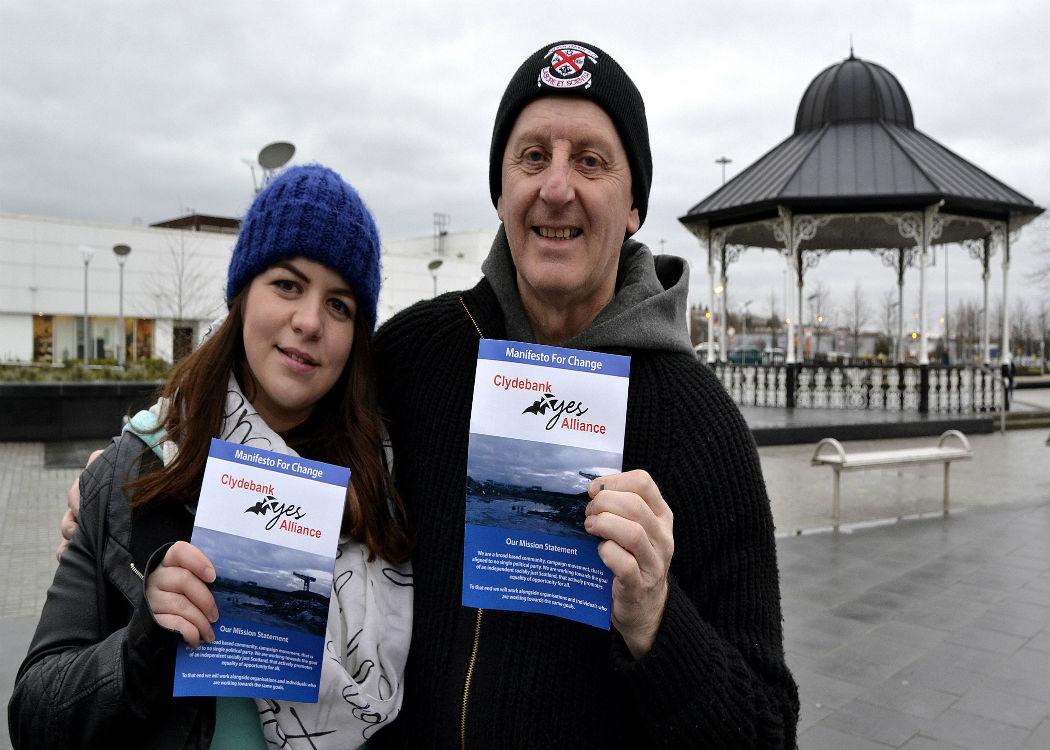 CLYDEBANK Yes Alliance, a community-based pro-independence group, has published a ‘Manifesto for Change’ and intends to deliver it to 21,000 homes prior to the General Election, not to convince people how to vote but to “try and get people thinking differently”.

Proposals in the manifesto include advocating the principle of universalism, including free access to legal representation; a “living income” for all; the right to re-call politicians; and support for credit unions and social enterprise to build sustainable local economies.

Dawn Fyfe, chairperson of Clydebank Yes Alliance, said of the manifesto: “We wanted to add something different to the political debate in the run-up to the General Election, which is why we produced our Manifesto for Change to try and get people thinking differently.

“It has been informed by the thousands of people we talked to in the two years running up to the independence referendum and the five months since.

“What we were hearing time and again was that people are desperate for change – the inequality in our society has reached such a destructive level that we can’t accept things the way they are any more.

“While we are broadly supportive of all pro-indy parties and urge people to vote pragmatically in May, we believe that ordinary people, like the Clydebank Yes Alliance members, need to be free to question politicians of all parties, find ways of regaining control of their communities and start making radical change happen.

“Voting once every four or five years isn’t enough any more. We all need to get involved in our communities, share our skills, time and resources and start building the alternative society we thought would be possible in an independent Scotland.”

Clydebank Yes Alliance was forged out of Yes Clydebank to continue the community pro-independence campaigning work in West Dunbartonshire, and involves people from different political parties and none.

You can read the manifesto in full and keep updated with their campaigning work on their Facebook page. (Click here to read more)