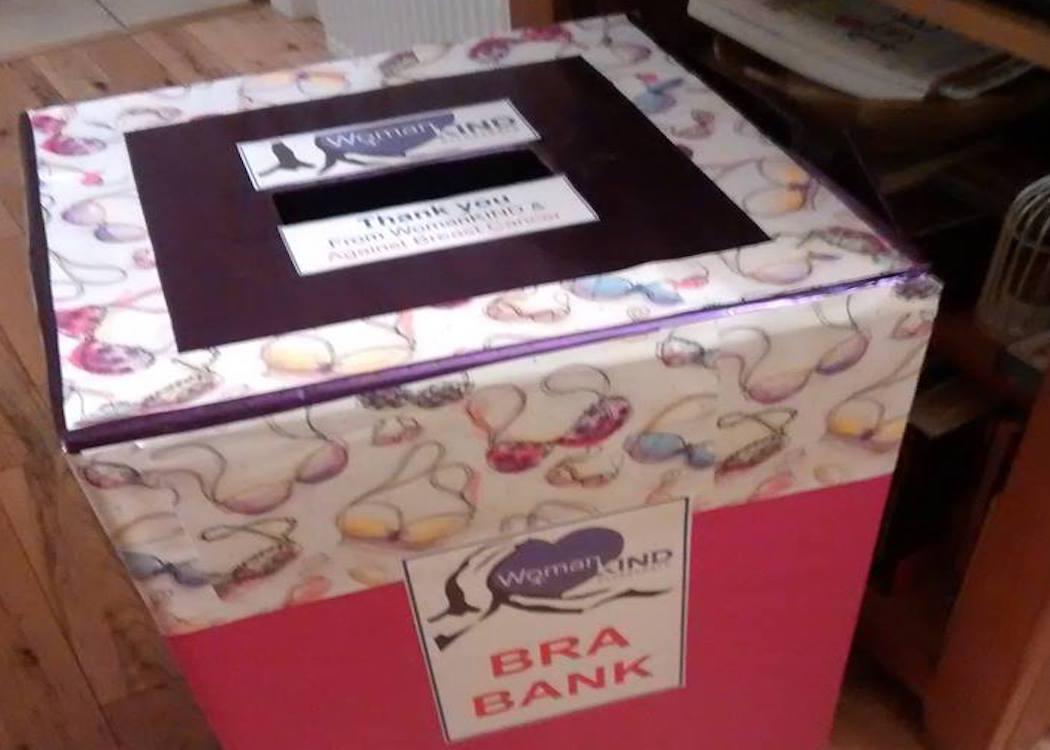 IN THE ONGOING fight against breast cancer, women in the Lanarkshire and Clydesdale area are being encouraged to donate their unwanted bras to raise funds for the Against Breast Cancer appeal .

WomanKIND , an apolitical group established and run by Clydesdale women, has set-up a collection point in Biggar for women to donate bras they no longer need or want, with every tonne raising PS1,000 for cancer research.

It’s one of WomanKIND’S many projects, including the Crayons For Weans appeal , which distributed hundreds of recycled crayons and colouring books to refugee families over Christmas, and its current Back To School Uniform Bank , to help low income families by supplying school uniforms.

“I personally lost a lovely niece to breast cancer last year. With all these women in our group, it seemed a great opportunity to use what we’ve all got to make a difference for women at home and abroad.” Joanne Grant

The bra bank has already seen hundreds of bras donated in less than a week in a project that the organisers found was a natural choice for their group.

Joanne Grant, who spearheaded this latest campaign, said: “I heard about recycling bras for the charity ‘Against Breast Cancer’ while chatting with someone at a party, and I think everyone is or has been affected by cancer.

“I personally lost a lovely niece to breast cancer last year. With all these women in our group, it seemed a great opportunity to use what we’ve all got to make a difference for women at home and abroad.”

Once the bras are collected by Against Breast Cancer, they are then transported to traders in African countries, where manufacturing is too costly, and sold at market, with the charity receiving a percentage per tonne of bras sold.

The charity welcomed the news of WomanKIND’s involvement and a spokesman said: “This is great news and if you’ll excuse the pun, this is a great fit for the charity.”

Cristina Ertze, one of WomanKIND’s founders, said: “I found out about it from a separate source and a different charity was running the scheme. ‘Smalls for All’ is a small charity established in 2010 by a lady called Maria Macnamara, who initially started collecting new pants for women in small impoverished villages in Zimbabwe and Ethiopia for health reasons; most women would only own one pair of pants.

“This is something that stuck with me. I instantly felt a deep attraction and a possibility for our group to get engaged as soon as I heard about the bra collection appeal.”

The Gillespie Centre on Biggar High Street is the bank’s home and news about the appeal, as well as other information on WomanKIND’s work can be found on the group’s Facebook page .