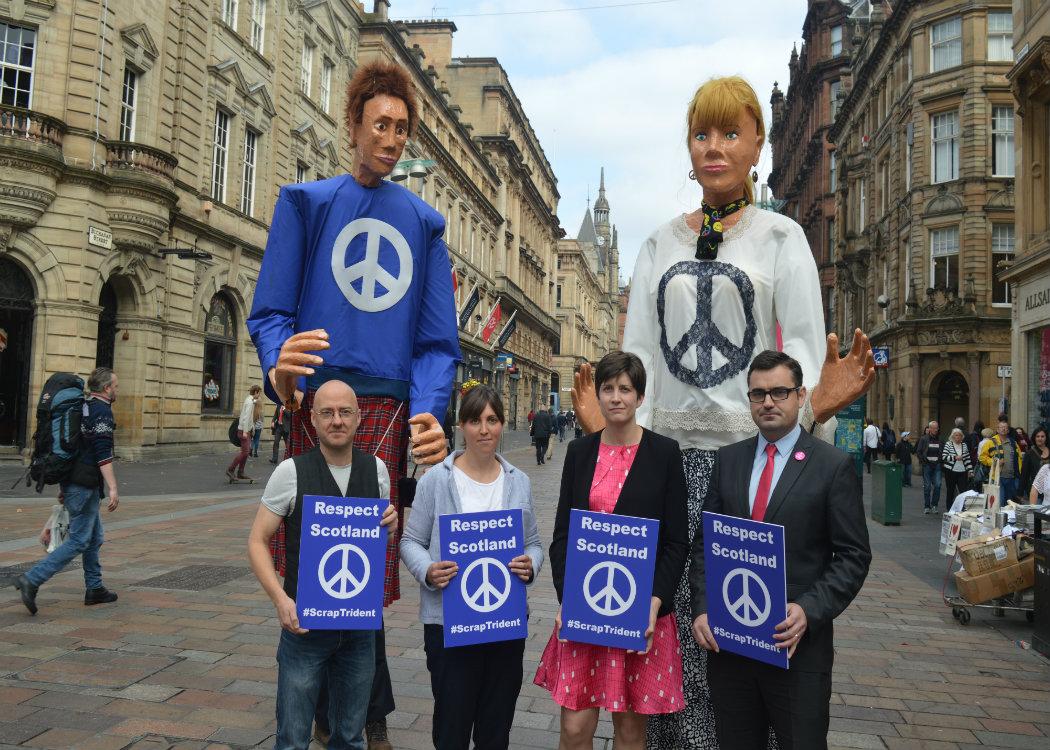 SCOTTISH campaign for nuclear disarmament (CND) have launched a fresh campaign, calling on Prime Minister David Cameron to respect the democratic will of the Scottish people, and cancel plans to renew Trident.

The ‘Respect Scotland’ campaign aims to pressurise the UK government to cancel the PS100bn proposal to renew Trident nuclear weapons. The campaign is set to tour Scotland to speak with local MPs and MSP who support the peace movement.

John Ainslie, coordinator of Scottish CND told CommonSpace: “If the UK parliament goes ahead with replacing Trident, it would be an insult to the people of Scotland.

He added: “58 out of 59 MPs in Scotland would vote against Trident’s renewal.”

The campaign was launched today in Glasgow city centre, and was attended by SNP MPs Alison Thewliss and Gavin Newlands, and Scottish Green Party co-convenor Patrick Harvie among others.

Speaking about how he got involved in the anti-nuclear weapon movement, Newlands said: “I’ve always been naturally against nuclear weapons, and the SNP are fervently against it.

“I came here today to show my support to the CND campaign.”

On Labour’s position on Trident, Newlands stated: “Scottish Labour are likely to come out against Trident, however the main body of the party will probably vote in favour of it. Their position is completely untenable.”

Speaking at the launch, CND activist Gwen Sinclair told CommonSpace that the ‘respect Scotland’ campaign is due to travel to Manchester on Sunday 4 October to protest at the Conservative Party conference.

When asked what message she would like to send to the Tories this weekend, she replied: “If I could speak to them, I’d say they have no right to keep 200 nuclear weapons near such a big and vibrant city.”

She added: “The worst part of doing this campaign is that children are always asking us what nuclear weapons are. They’re unaware of what they are, let alone that they’re so near our communities.”

The UK parliament is set to decide whether to renew Trident in 2016.