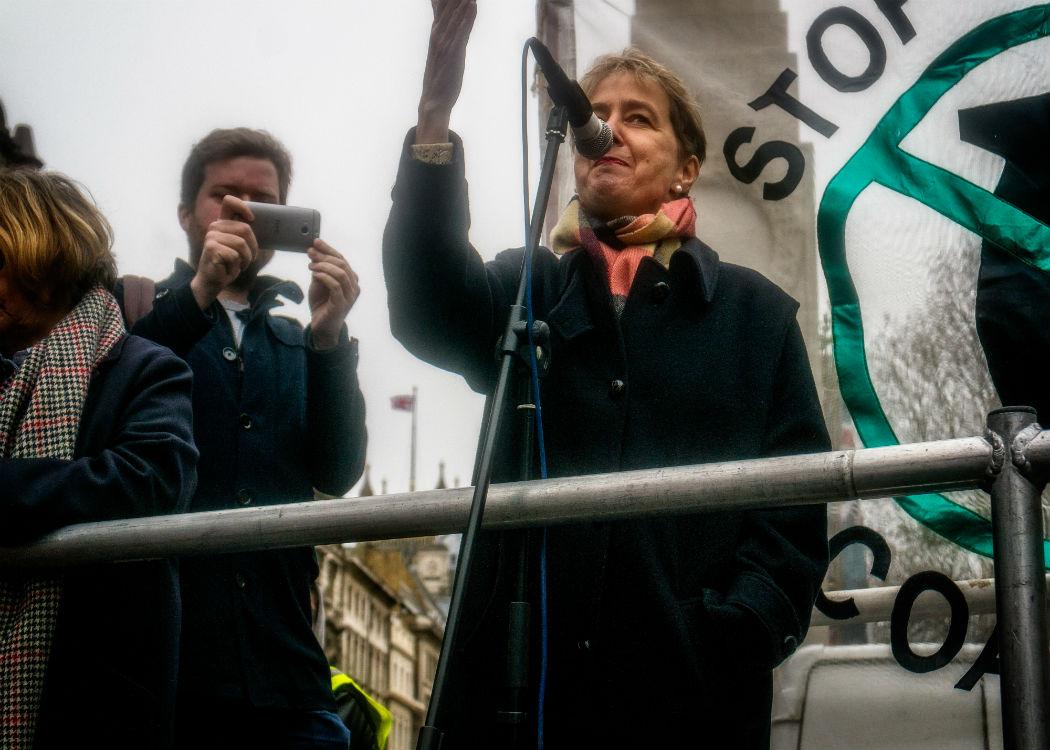 Kate Hudson: From Holyrood to Westminster support for nuclear weapons is being restricted to the Conservative party

THE LEADER of the UK wide Campaign for Nuclear disarmament has said that the 2016 Scottish elections represents part of a growing UK wide consensus against the renewal of Trident nuclear weapons.

Hudson said: “The SNP, Scottish Labour and Greens all have clear anti-nuclear policies, together with the Lib Dems who will vote against Trident replacement even though national policy hesitates around alternatives. In party terms this adds up to 98 out of 129 seats.”

“In effect, support for nuclear weapons is being reduced down to the Conservative Party, and this is a process being seen in Westminster too.” Kate Hudson

She also said that the consensus in Scotland was so strong that it could afford breaches. “Even taking into account a tiny handful of MSPs who may vote against party policy, this is a reaffirmation of the overwhelming anti-Trident sentiment in Scotland,” she said.

“In effect, support for nuclear weapons is being reduced down to the Conservative Party, and this is a process being seen in Westminster too.

“At CND’s recent Stop Trident rally in London, Scotland’s first minister, together with the leader of the Labour Party, Leanne Wood from Plaid Cymru and Caroline Lucas for the Greens, demonstrated the emergence of a new political consensus against Trident.

Read: Why do Scottish CND think independence is the best way to get rid of Trident?

“Commentators may quibble about the maths, but the reality is a trend against nuclear that is eating into all parts of the political spectrum.”

Hudson has previously argued that the renewal of the Trident nuclear weapons system against the will of Scots may lead to Scottish independence .

A vote on Trident renewal at Westminster has been postponed by a series of constitutional junctures and crisis including the referendum on the UK’s membership of the EU, scheduled for 23 June.

Some Conservatives are also opposed to weapons of mass destruction, including Tory Crispin Blunt – who cites the lifetime cost of Trident at PS168bn.

A vote on Trident renewal is expected to take place towards the end of 2016 in the teeth of unprecedented opposition.