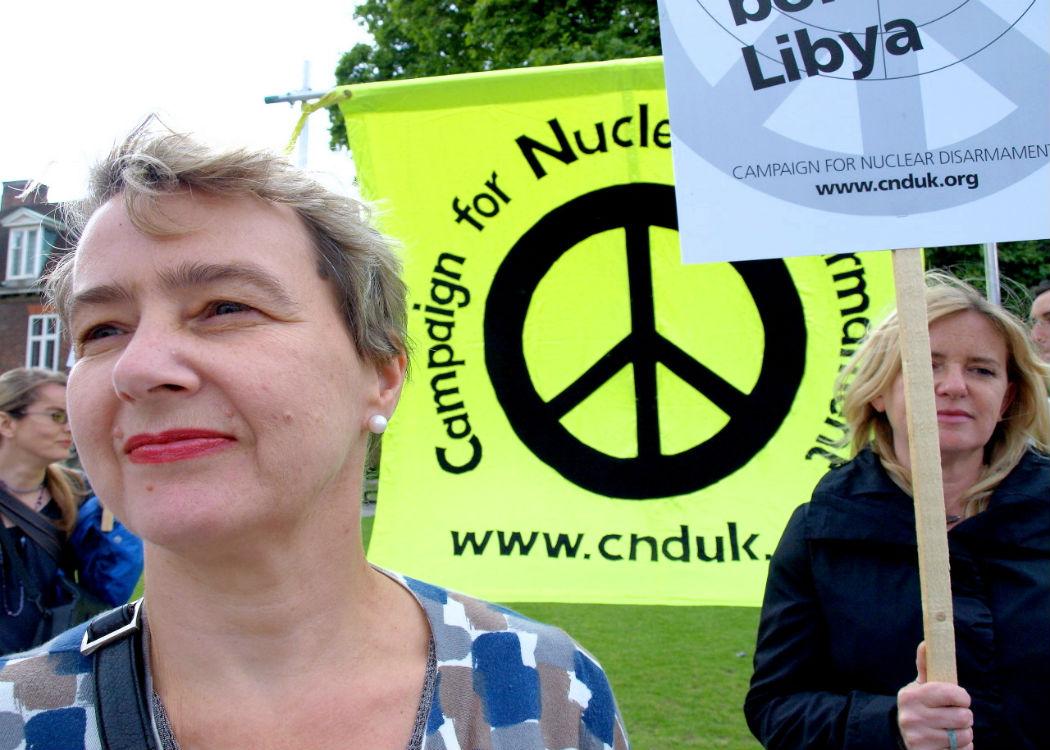 Speaking to CommonSpace before a mass demonstration in London (26 February) she said that Scotland’s rejection of trident renewal was a major factor in a crisis of legitimacy facing Trident.

She said: “It would seem to me that could well trigger another independence referendum. It was very close last time and subsequent factors would suggest that it might well be a Yes vote this time.”

“We could see the Tories and a few Labour right-wingers trying to impose an unpopular system on Scotland.” Kate Hudson

“We could see the Tories, and not even all the Tories, and a few Labour right-wingers trying to impose an unpopular system on a country overwhelmingly opposed to trident – even more so than across Britian as a whole. The legitimacy question is absolutely crucial.”

In November 2015 the Scottish Parliament voted by 74 per cent to oppose Trident renewal . 57 of Scotland’s 59 MPs are also opposed to Trident renewal, which has been estimated to cost up to PS167bn.

Former First Minister Alex Salmond said in September 2015 that the renewal of the Trident nuclear weapons system could lead to a second independence referendum.

Hudson also reiterated CND’s long-standing position that the Trident system could only be based at Faslane on the Clyde, and that independence would therefore mean UK wide unilateral disarmament. Scottish CND, which is autonomous from CND UK, maintains the view that Scottish Independence remains the surest route to disarmament .

“If Trident is kicked out of Scotland there is nowhere else for it to go,” Hudson said

“So this whole issue is a real political crisis for the government. I’m not surprised that the decision on it has been delayed several times now.”

CND initially expected a vote on the renewal of Trident to take place in the spring of 2016, but the bringing forward of the EU referendum debate means that the crucial main-gate vote will most likely take place after June 23 and could be as late as winter 2016.

Hudson noted that the UK Government was facing multiple constitutional crises, and that these were threatening to paralyse Trident renewal.

She said: “The UK Government is fighting things on a number of fronts, the EU referendum has divided the Conservative party. A vote for the renewal of Trident could cause a rupture with Scotland. This isn’t the type of scenario that any prime minister would want to see.”

“This is the best chance we’ve ever had for getting rid of Trident. There’s a unique combination of factors at play.” Kate Hudson

Hudson said that the UK now faced its “best chance” ever of disarmament due to the difficult position faced by the UK Government and the strength of opposition to Trident.

“This is the best chance we’ve ever had for getting rid of Trident. There’s a unique combination of factors at play. First there’s a parliamentary vote, where in the past you wouldn’t have had a vote on this. You have a public debate. You have the Scottish situation. Then there’s the Jeremy Corbyn factor – someone who won an enormous mandate on being anti-Trident.”

Hudson said she expected tens of thousands on the demonstration in London, which will be addressed by First Minister Nicola Sturgeon and Labour leader Jeremy Corbyn. The demonstration is being supported by 27 organisations including faith communities and trade unions.

Picture courtesy of The Stop the War Coalition