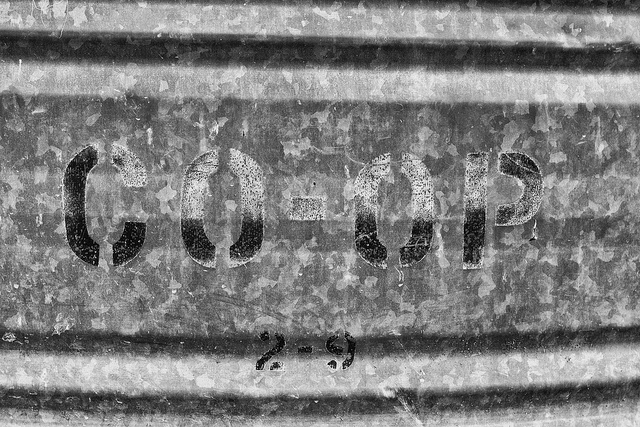 SUPPORTERS of the co-operative movement have welcomed the finding of a new Scottish Parliament committee report which argues that the economic potential of employee-owned businesses is huge and the Scottish Government should have targets on growing the number of co-operative businesses in Scotland.

The Economy, Jobs and Fair Work Committee published its latest findings on the Scottish economy today [21 June], with a stand-out proposal being to support and invest in co-operatives.

Scoial Enterprise Scotland spokesperson Duncan Thorp agreed, telling CommonSpace: “The democratic nature of worker-owned businesses means that staff have a direct stake in the success of the business and this means higher productivity.

“Social enterprises ensure that jobs and profits are locked into local communities and don’t leak away to feed shareholder profits.

“They place people and the planet at the heart of everything they do.”

Professor Andrew Cumbers from the Adam Smith Business School at Glasgow University is a major advocate of economic democracy, having led an Economic Democracy Index project at the University.

He welcomed the findings of the report, adding: “There is now widespread agreement that organisations tend to perform better where employees feel a sense of engagement and empowerment over their work, not least because of the tacit (i.e. on the ground from working directly on a daily basis) knowledge that they bring to dealing with organisational problems.

“There is also considerable real-world evidence that organisations where employees have some degree of ownership, particularly producer and worker cooperatives, also perform better than those without.”

Scotland has a long history in this area, with the foundations for the international cooperative movement said to have been laid in East Ayrshire in 1769 with the creation of the Fenwick Weavers Society. The Welshman Robert Owen arrived in Scotland in 1799 and created another altruistic community at New Lanark cotton mill.

Sarah Deas, director at Co-operative Development Scotland, the arm of Scotland’s enterprise agencies which promotes employee ownership, liaised with the committee and helped them come to their findings.

Speaking to CommonSpace, she said that the current generation are embracing the spirit of the co-operatives of the past and hopes more businesses take this approach going forward.

Deas said: “Research reveals that millennials value many characteristics of the employee ownership business model, such as profit sharing and personal development, more than previous generations did.

“It is an option that should be explored by businesses of all sizes and sectors. Statistics also consistently demonstrate that employee-owned businesses outperform their non [cooperative] counterparts in terms of higher levels of profitability; improved business resilience during times of recession; increased productivity brought about by higher levels of engagement; and enhanced employee wellbeing.

“We believe the appetite for employee ownership has never been greater.  In the last five years the number of employee-owned businesses operating in Scotland has trebled and in particular this past year we have been working on a ‘deal a month’ on average.

“Our client pipeline is expanding too, indicating take-up of the model will continue to accelerate in future years.”

Currently there are around 100 employee-owned companies operating in Scotland, with approximately 7,000 employee-owners generating a combined turnover of around £940million.

CommonSpace has identified some examples across Scotland:

Edinburgh Bicycle Co-operative is the biggest in Scotland and was formed in 1977 with the belief that being a workers’ cooperative was a fairer, better way of doing things. Instead of working to line the pockets of corporates they thought it would be better to build a company where the workers had an equal say in the business, and profits would be shared equally among the employees. 40 years on they employ over 100 people, and not just in Edinburgh but also Aberdeen, Newcastle and Leeds. After working with them for a year, every employee is invited to become a member of the Co-op with an equal share in the business, and a vote at our AGM.

Highland Wholefoods is a worker’s co-operative situated in the city of Inverness. Founded in 1989, they have a total of 10 worker/members. The company is wholly owned by its employees and is democratically run with a non-hierarchical structure. They supply vegetarian, vegan, organic, ethical and environmentally friendly food, drinks and household products to the Highlands, islands and north-east Scotland.

Krakatoa bar describe themselves as a social enterprise business where society profits. A tiki dive bar and grassroots music venue in Aberdeen, Krakatoa are a non-profit worker collective (a non-hierarchal form of worker cooperative). Their trading entity is Black Cat (Aberdeen) CIC, a registered community interested company, which is a type of social enterprise. Everyone employed by Black Cat has the opportunity to become a member of their cooperative, imbuing them with equality of power over the business.