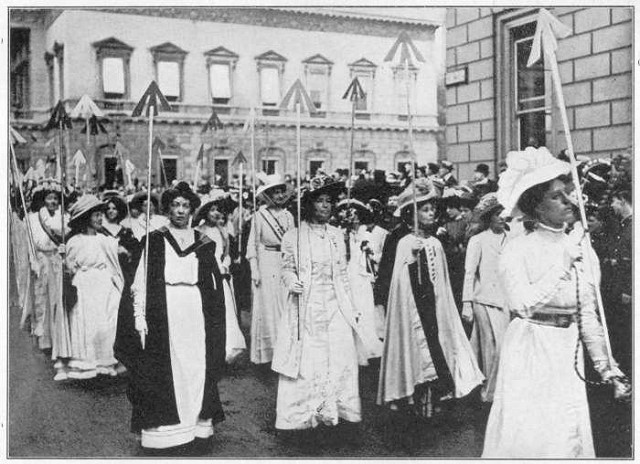 Colette Walker, women for Indy national committee member and disabled carer, says that there is still huge barriers for women to get into politics which must be overcome  – doubly so for disabled women and carers

IN 2018 women all over the UK have been celebrating 100 years since some women were given Suffrage; the right to vote.

There were conditions to this; you had to be at least thirty and own property. Not exactly what I am sure members of the Women’s Social and Political Union were entirely happy with but it was a step in the right direction.

After the likes of Emmeline Pankhurst who founded the WSPU in 1903, the women’s movement grew and the term suffragette was formed.

Marching, shouting, talking just wasn’t cutting it, so the WSPU decided to take things in a completely different direction, using their famous motto ‘ deeds, not words’ this was the start of attempting to invade parliament, smashing windows, setting fire to derelict buildings and post boxes and much more. Certainly making themselves being seen, heard and remembered, they continued with this rebellious, disobedient behaviour when imprisoned by going on food strike till force fed. They were passionate about giving women then and in the future equality.

When World War One started the suffrage movement was suspended, the men went to serve their country and the woman took over ‘the men’s jobs’ working in factories and fields, proving their skills, strength and dedication to their country. After the war ended in 1918 suffrage was granted to some and men could vote at age of 21. Women had to wait another ten years for that privilege.

The work of the suffragettes has given woman a major step forward in the political world, but there is still so much that has to be addressed and changed.

Moving forward to 2018, the gender gap in Scotland’s town halls has narrowed but women still account for fewer than one in three councillors returned after the local council elections in Scotland in May 2017. Female representatives on the 32 local authorities north of the border have risen from 24 to 29 per cent since 2012.

The figure trails both the Scottish Parliament and Westminster, with women making up 35 per cent of MSPs and 34 per cent of Scottish MPs elected in 2015.

Both the Greens (18.5 per cent) and the SNP (15 per cent) saw their total number of female councillors’ rise, but the Tories saw their number drop by six per cent.

The lack of gender equality in Scottish councils was most exposed in the Outer Hebrides, where no women were elected to Comhairle nahn Eilean Siar. This brings so many questions as to why?

39 disabled candidates stood for election, 15 were successfully elected of which seven were women. This is almost 50/50 gender balance, which looks positive but when you realise that the amount of disabled people elected overall is less than one per cent, and with that disabled woman is less than 0.5 per cent, it shows a completely different scenario altogether.

Even this was only possible due to the Scottish Government providing money to help disabled people overcome barriers that would normally prevent them from standing. This is called the access to elected office fund which Inclusion Scotland are managing and supporting those who are interested in standing.

Unfortunately this fund does not extend to Westminster, so barriers still exist to stand as an MP for disabled women.

There are currently 208 female MPs in the House of Commons, this works out to be only 32 per cent.

The Parliament Project which is managed by Lee Chalmers and Hannah Stevens, run workshops to help, support and motivate women to stand as a candidate, either within a party or as an independent.

READ MORE: Independence for women: National conference to amplify women’s voices in politics and beyond

After participating in this organisation for just over a year now, so many issues and barriers to women running for elected office have come to light.

Let’s look at a few of the most common restrictions:

The education issue is problem of elitism – degrees are not always the best qualification for politics. The university of life can teach you a vast amount of essential knowledge that can be taken forward to government to make life changing policies for many in society, as you have a true understanding and empathy about how things are for the majority in society that you would be representing.

Women feel guilty about the time it would take in their busy lives to stand as a candidate and start campaigning, meaning less time with children and family alike.

Women are more likely to be unpaid carers for their children, spouse, parents etc, which takes up so much time and energy, making giving the time required to running for elected office near enough impossible.

Financial issues due to possibly having to give up their jobs or reduce their hours to concentrate on their campaign can put strains on their household.

The list goes on – this is just some of the barriers encountered by women.

Women need to be encouraged and supported, enabling them to see they really can do it.

How can this be achieved?

Political parties have to engage more with women from branch level. All branches should have a women’s officer that can support female members.

We need mentoring services for all ages. Speak to local female councillors, MSP’s and MP’s about how they managed to run and be elected.

Support from family and friends, physically, emotionally and financially.

There are many more ways barriers can be lifted. I advise my amazing sisters out there to take their first steps to a career you want and deserve.

A woman’s place is in politics!