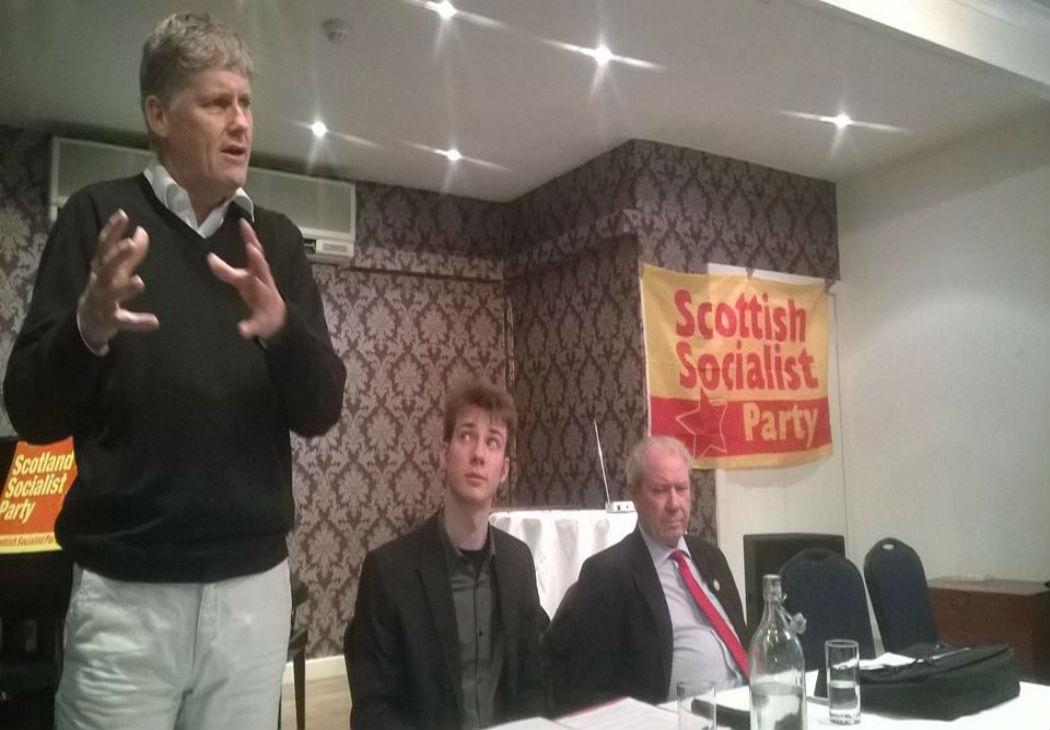 Socialist electoral alliance to stand in regional lists in 2016

COLIN FOX, co-convenor of the Scottish Socialist Party (SSP), has said that the left wing Rise electoral alliance may continue to develop into a new political force after the May 2016 Scottish elections, even if it fails to win any seats.

The SSP leader made the comments to CommonSpace following the first Rise conference , which was the first membership-based decision-making conference to be held by the three-month old pro-independence outfit.

Asked what the future for Rise might be if it did or did not win representation in Holyrood, Fox said: “If Rise does make a break of it, does get an MSP or two elected, or even if it gets a big vote but doesn’t get anyone elected, doesn’t get anyone across that six per cent threshold [to win on regional list], then I think in circumstances where it has clearly been a success then that is an immense amount of wind in our sails.

“That would offer a great stimulus and catalyst for promoting Rise still further.”

Though Fox reiterated that for now Rise was an electoral alliance , this too could change after the elections: “These elections are the first big test for Rise. If the elections are a success then that’s a huge impetus for future work, not just in elections but building a broader left.”

At the conference on Saturday 5 December in Glasgow’s Royal Concert Hall, a motion from the Rise Motherwell and Wishaw circle to allow local groups to stand for constituencies in the Scottish Elections was voted down overwhelmingly, meaning that Rise will only contest regional list seats.

Colin told CommonSpace that if the project was not a success it would need to be honestly and critically re-evaluated, but said: “We felt from the conference that there is an enormous head of wind behind us.”

Fox also indicated that the process of creating Rise was similar to the developments that led to the creation of the SSP from the Scottish Socialist Alliance in 1998.

He said: “Most people who are long term members of the SSP were once members of the Scottish Socialist Alliance, so we are acutely aware of the comparison with where we are today.”

The electoral alliance emerged after the referendum from figures and activists on the radical left of the Yes movement.

Rise members will vote for candidates to stand in each of Scotland’s eight electoral regions before the end of December.