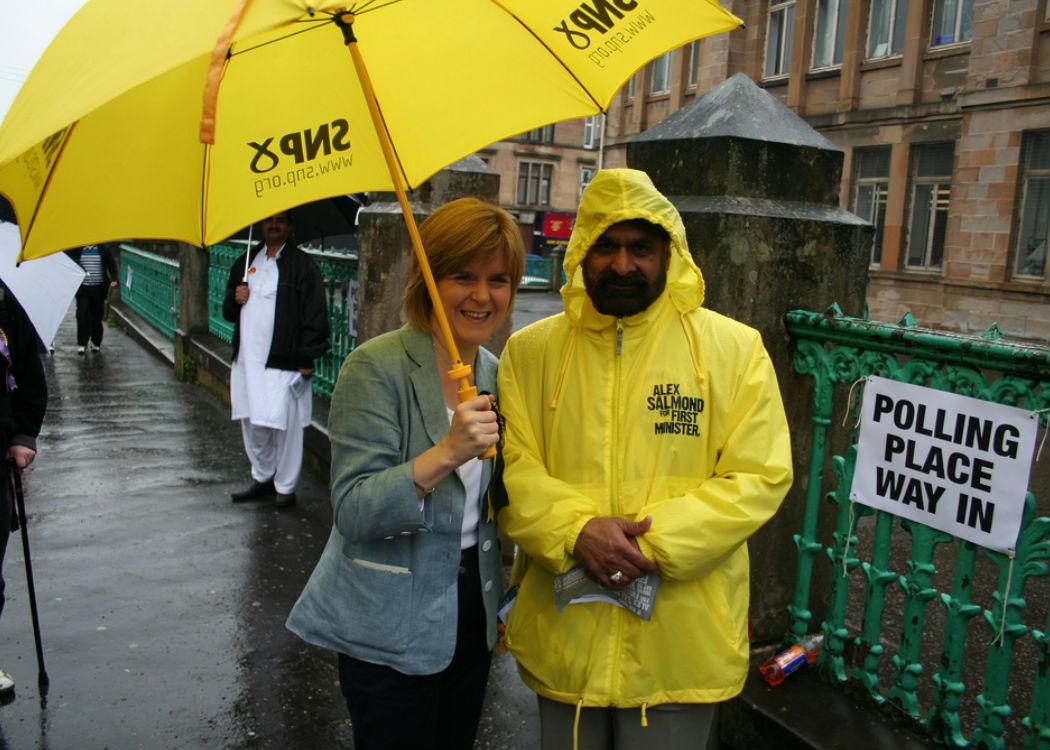 The SNP could be set for an ever bigger General Election landslide than almost all observers are predicting, and win 55 out of the 59 seats available to the party.

That’s according to an election forecasting model (click here) used by the New Statesman which suggests that the decimation of Labour could leave it with just two or three seats in Scotland.

The predictions by editor of the New Statesman’s election website MAY2015, Harry Lambert, would mean that Labour would be the smaller party but could form the Westminster government if relient on SNP votes.

The Scotland-wide national polls have consistently suggested that the SNP will win 45-50 seats and Labour will lose around 30 of its 41 seats, with a swing of around 20.5 points.

However, Lord Ashcroft polling shows that the swing to the SNP is intensified in Labour heartlands, with it reaching closer to 25 points.

Thus, according to this forecasting model – based on a combination of the two approaches – the SNP will be set for an astonishing 55 seats after the 7 May vote.

“In other words, the swing is four points greater, hence it is nearly 25 points. This is laughable. It’s the kind of swing one might type intoour seat calculator for fun, along with predictions of a Green majority or extra seats for the Lib Dems.

“Yet this is what almost every poll has implied, and Ashcroft’s polls have more than confirmed.”

Lambert said that they are “increasingly confident” in predicting the magnitude of the SNP victory due to the the extra swing in the Labour heartlands.

Professor John Curtice of Strathclyde University, the BBC’s chief psephologist, has echoed Lord Ashcroft’s analysis of the extra swing in the Labour heartlands and has even suggested Labour could lose all but two of their seats.

Speaking to CommonSpace, Curtice did, however, strike a note of caution: “The potential nightmare for Labour is that it goes completely pear shaped everywhere.

“There’s another side though and that is if the national swing drops a little, dissapointment could still strike the SNP.”