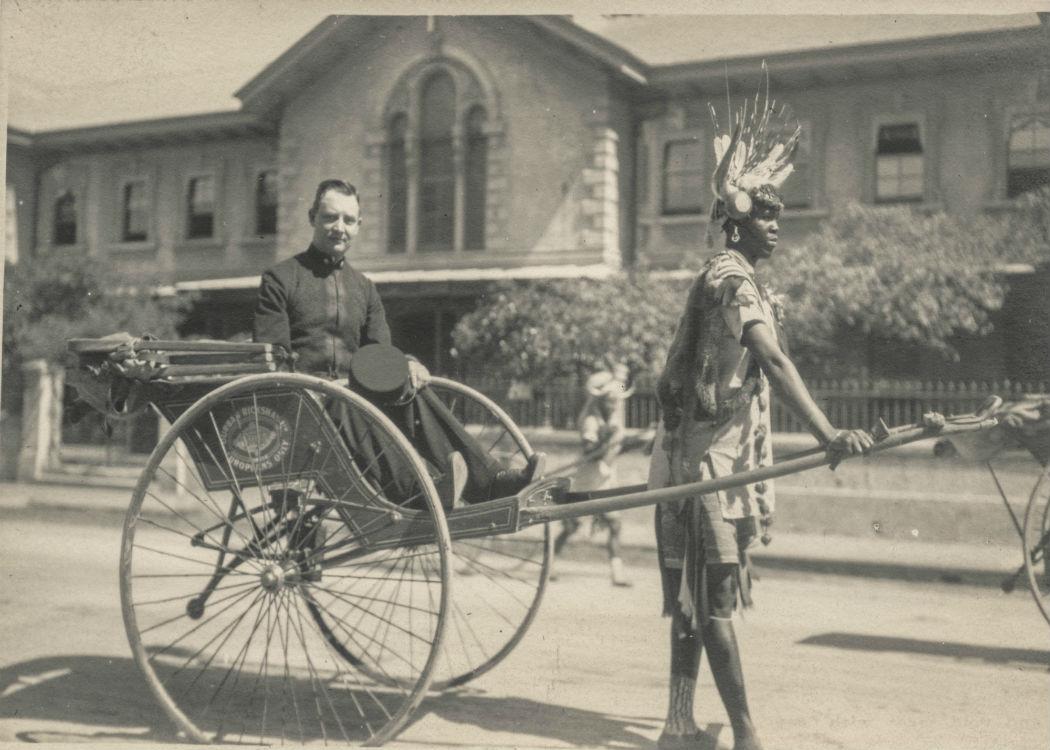 CECIL THE LION, killed by a Minnesotan dentist on 1 July, was named after the infamous mining magnate, white supremacist and advocate of British colonialism, Cecil Rhodes, after who the former British colony of Rhodesia was named.

We spoke with historian Dr Angela Thompsell, an assistant professor of history at SUNY in New York, and author of Hunting Africa: British Sport, African Knowledge and the Nature of Empire , and asked her about the historical and contemporary significance of rich, white (often) men, paying large sums of money to hunt and kill animals in Africa.

Thompsell responded: “There can be little question that there are connections between game hunting in Africa in the colonial era and that which goes on today, but today’s hunting should not be looked at as simply a vestige of European colonialism in Africa.

“One of the most significant differences is how hunters are looked at in the media and within mainstream (Western) society. Where big game hunters were once celebrated for their alleged prowess, they are now more often condemned.”

Examples of such condemnation are many, with Axelle Despiegelaere, Corey Knowlton and Juan Carlos of Spain all facing huge criticism when photos emerged of their hunting trips.

“Africa […] is often depicted as a monodimensional backdrop peopled by well-worn tropes against which the white protagonist’s story can be told.” Angela Thompsell

Thompsell argues that in the past hunting was tied to an affirmation of masculinity for men, but that now it is more likely to “break a man or woman”, as the anger towards Walt Palmer shows.

“This is primarily, though, a result of Western culture’s increased concern for conservation and more efficient weapons that make hunting seem unsporting, rather than an outcome of independence or changing relations between Africans and Europeans.”

The unequal relations between black Africans and white people of European descent can extend even into the way that Africa as a geographical space is portrayed in the west.

“There is also enormous continuity in the images of Africa between colonial times and the present, particularly when it comes to African nature. When you read accounts written one hundred years ago and many written today, there are striking similarities in the way people describe Africa and their time there,” says Thompsell.

“Africa, which is an incredibly diverse continent in terms of cultures, politics, and topography, is often depicted as a monodimensional backdrop peopled by well-worn tropes against which the white protagonist’s story can be told,” she continues.

“Safari […] can easily blend in with the romance that still clings to white travel and white settler living during the colonial era (think Out of Africa).” Angela Thompsell

Thompsell explains that while flogging of black Africans by white hunters is no longer a common part of modern safaris, the power imbalances of colonialism certainly remain in the practical ‘execution’ of the hunt.

“When travellers on safari wake up early to go on a game drive, their breakfast is awaiting them having been prepared by the (almost always) black African employees who woke up long before them”

“Of course, this is true of any tourist venue that promotes the idea of clients as pampered guests deserving of consideration, but on safari, it can easily blend in with the romance that still clings to white travel and white settler living during the colonial era (think Out of Africa).”

On the ease with which white men can make a living from the hunting and safari industry, Thompsell says: “The ability of white men from other countries to move to Africa and rise up to become some of the most famous and sought after safari guides (what used to be called “White Hunters”) is also suggestive of the colonial overtones that infuse safari vacations, whether one is pursuing animals with a gun or camera.”

It is interesting to note the role of white Afrikaners like Theo Bronkhorst, the professional hunter who organised Palmer’s killing of Cecil the Lion, in the industry, and the way that some of the social and racial power structures of apartheid are perpetuated in the (mostly) legal and legitimised tourism industry.

“One could also argue that the Western public’s concern for African wildlife is itself a legacy of colonialism.” Angela Thompsell

Thompsell poses a very interesting hypotheses regarding not only the relations between white hunters and black Africans, but between white colonial society and African animals.

“One could also argue that the Western public’s concern for African wildlife is itself a legacy of colonialism. Charismatic animals – particularly the big five – are personified and hold enormous emotive power in many Western cultures.”

The ‘big five’ animals hunted for game in Africa are the African Lion, the African elephant, the Cape buffalo, the African leopard, and the white and black rhinoceros.

The idea that African animals are fetishised by white, western culture could go some way to explaining why there has been such anger about Cecil the Lion’s killing.

“How much greater concern has been shown over Cecil the Lion, or the rhinoceros Corey Knowlton was setting out to hunt, than for African people? Why is that?” Angela Thompsell

Think of Alsan in C.S. Lewis’ The Lion, the Witch and the Wardrobe, or Simba and Mufasa in The Lion King. The anthropomorphism of certain animals associated with Africa has a long and emotionally powerful resonance in western culture.

While Thompsell does not downplay the ecological impact that hunting and poaching has, she also raises a question which has surely been playing on the minds of many people, particularly as we witness the way the humanitarian crisis in Calais has been portrayed by sections of the right-wing media and politicians:

“How much greater concern has been shown over Cecil the Lion, or the rhinoceros Corey Knowlton was setting out to hunt, than for African people? Why is that?”

There is unlikely to be a global outpouring of grief at [the Sundanese man’s] death, and no fundraisers and impassioned monologues by American talk show hosts. Just more riot police and longer, taller fences in Calais.

Judging by the way many media outlets and politicians frame the ‘discussion’ around Calais or the outrageous and preventable drownings in the Mediterranean, it is not unreasonable to suggest that non-white, poor immigrants and refugees have been dehumanised to the point that the life of a single African lion elicits more emotional response than the deaths of thousands of African or Middle Eastern human beings.

The Sudanese man who was crushed under a lorry on Wednesday was the ninth refugee to be killed in Calais since June. As of Friday, neither his name nor any of the details of his life up until his death are known.

We do not know the names of his parents and family, or where he was born and brought up, or why he came to die in northern France, under the wheels of a lorry.

There is unlikely to be a global outpouring of grief at his death, and no fundraisers and impassioned monologues by American talk show hosts . Just more riot police and longer, taller fences in Calais.