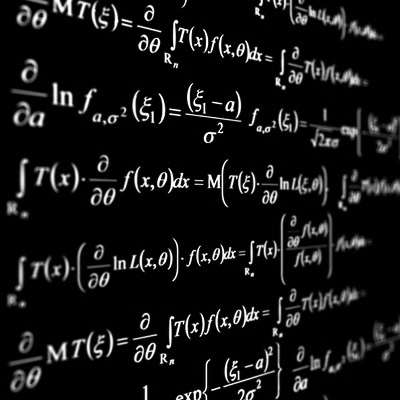 SCOTLAND’S primary and secondary school pupils could soon receive maths lessons from the same teacher after Glasgow University announced it was to start training ‘middle teachers’ for a dual educational role.

“The teacher would have expertise in mathematics and numeracy and would be qualified to teach mathematics in the lower grades of secondary school.

“The programme is part of the School of Education’s broader commitment to producing more STEM [science, technology, engineering and mathematics] teachers in Scotland.”

“Research indicates that academic achievement of some students can decline as they transition from primary to secondary school.” Professor Trevor Gale

The scheme could see pupils taught maths by the same teacher from the latter years of primary school to the early years of secondary education – a move Professor Gale believes will improve the standard of learning and close the attainment gap between poorer and better off pupils.

“Research indicates that academic achievement of some students can decline as they transition from primary to secondary school, particularly for students from disadvantaged background and particularly in mathematics,” Gale said.

“A middle years teacher who could move with students from primary school to secondary school will be well placed to help these students maintain and improve their academic achievement.”

And it is hoped the move will also help boost teaching standards before and after the middle years.

“They will also free up specialist secondary teachers, allowing them to focus their discipline expertise at the upper end of secondary school and in turn help to develop the kind of sophisticated mathematical ability in upper secondary students needed to progress on to mathematical studies at university.

“Some of these secondary students may even become maths teachers in the future.

“We think this new programme has potential to attract new kinds of people into the teaching profession, particularly those who are interested in working with this ‘middle’ age group.”

The move is one of the new methods expected to attract more than 200 new teachers in to the profession announced by Deputy First Minister John Swinney this week.

“Teachers are the bedrock of Scotland’s education system and I want to ensure we do everything we can to attract talented graduates to a career in teaching,” Swinney said.

Other new developments include plans for accelerated routes into teaching which would combine probationary years with the completion of a postgraduate diploma in education – a one-year course that allows graduates to qualify as teachers, as well as increasing the number of joint degrees with a secondary specialism. That would mean more teachers qualified with a wider array of subject skills, helping to overcome the shortfall in STEM teachers.

£1m has been set aside from the Scottish Government Attainment Fund for the new proposals.

“The quality of teaching is key to helping pupils achieve, and to our aspiration of closing the attainment gap.

“These innovative proposals are designed to do just that,” said Swinney.

“Safeguards would need to be put in place to ensure teachers are not being overstretched.” Larry Flanagan

A spokesperson from the General Teaching Council for Scotland (GTCS), the body responsible for registering teachers, told CommonSpace the university’s programme had been developed in response to Swinney’s challenge to teacher training bodies to create new and innovative means of attracting new teachers.

GTCS announced in January last year it would enable teachers to hold dual registration, allowing them to teach at both a primary and secondary level.

“Supporting specialist teachers to enable them to work more readily across sectors is a worthy idea but requires careful management and coordination.

“Certain safeguards would need to be put in place to ensure teachers are not being overstretched and that councils do not misuse this approach to justify any cuts to teacher numbers.

“Effective liaison between primary and secondary, however, is a proven factor in successful transition between the stages and resourcing and facilitating this approach would be welcome.”

The new approach was announced on the day reports from the Sutton Trust suggested Scotland’s poorest pupils lagged as much as 31 months behind their better-off peers.