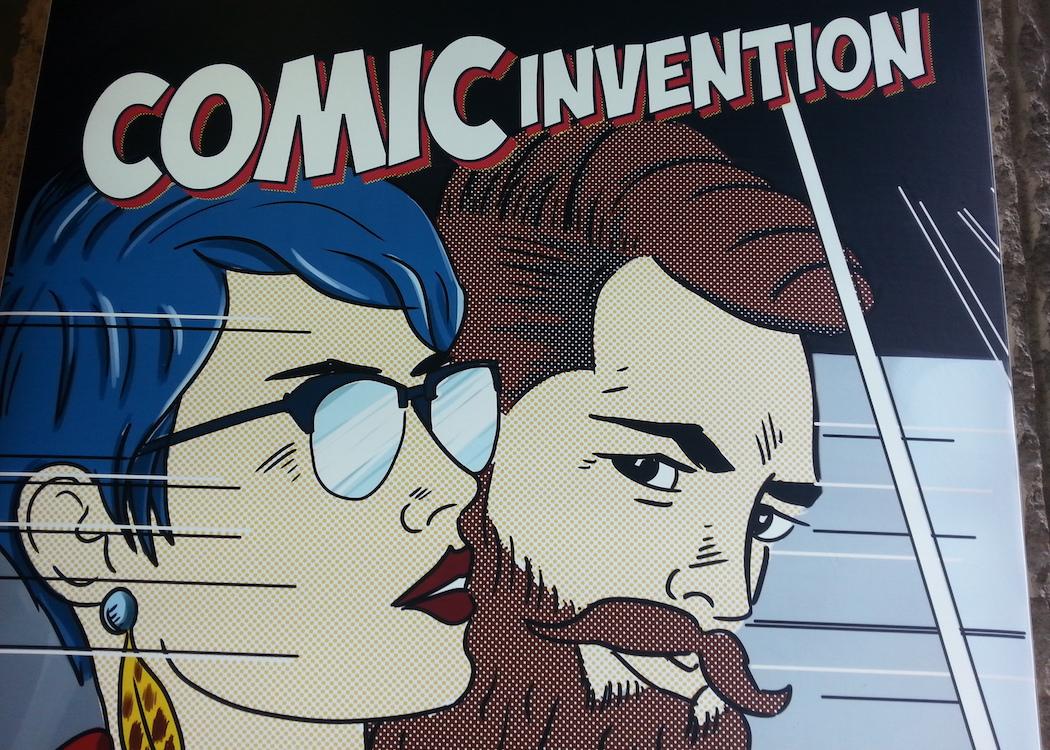 GLASGOW UNIVERSITY’S Hunterian Museum is hosting an exhibition, Comic Invention, on the history of comics, displaying unseen works by the comic book artist Frank Quitely and other works by artists such as Pablo Picasso, Edwin Morgan and Andy Warhol.

One of the claims of the exhibition is that Glasgow is the home of the world’s first comic. The ‘Glasgow Looking Glass’ was first published in 1825 and the Hunterian Museum has it on display alongside what was previously considered the oldest and first comics.

Peter Black, art curator in the Hunterian and co-curator of the Comic Invention, explains: “We’re stating a recently discovered fact that the worlds first comic was produced in Glasgow: the Glasgow Looking Glass.

“It was produced by a caricaturist and satirist who worked in London, a man called John Watson, he came to Glasgow for a period, the Glasgow Looking Glass folded, and he returned to London

“Glasgow was the place where it happened and it is no coincidence that Glasgow was a flourishing, industrial city and that there was, not a mechanised printing, but a lithographic printing workshop. An essential element of a comic is producing it in large numbers and lithography was a relatively recent invention, it had only been around for 20 years. It was much easier to produce than something etched or engraved.

“What was previously believed to be the first comic was Rodolphe Topffer’s Histoire de Monsier Jabot. It was a comic strip that was, produced in a relatively small edition, mainly for the friends and pupils of Topffer who was a Genevan schoolmaster.

“The Glasgow Looking Glass was produced earlier than Monsier Jabot, and it achieved a larger circulation.”

But the purpose of the exhibition is not just to show what is believed to be the world’s first comic, it hopes to open up people’s interpretation as to what a comic is, where they have come from and what influences comics have taken and given, to and from, the world of art.

“In the invention of comics section, you follow a chronological spiral, that takes you up to the Glasgow Looking Glass in 1825, that shows you books, periodicals, individual prints sets of prints and illustrated manuscripts,” says Black. “All of the objects are using this combination of text and image. So a page of a comic or a single comic panel combined tells a story using pictures and words, especially speech balloons, and, as we show, there are objects going back to the 15th century.

“We also have a section, comics and culture, and that’s mainly an exploration of 20th century art which, as is well known especially in pop art, you have this interaction between comics and painting.

“We have one of the greatest works of pop-art in Britain in the gallery, on loan from Edinburgh, which is Roy Lichtenstein’s ‘In The Car’ and, I think for the first time ever we have, next to it, the original comic from which he lifted the image of the two figures driving along in the car.”

Scotland, and Glasgow especially, has strong connections to the comic book industry. The Glaswegian comic artist Frank Quitely, whose real name is Vincent Deighan, is one of the most well known artists in the industry, and his works are on display in the Comic Invention exhibition.

The writer of comic books Legends of The Dark Knight, Batman, All-Star Superman andJudge Dredd, Grant Morrison, is also from Glasgow and some of his work can be found throughout the exhibition.

Black was able to use some of Quitely’s crafts in the exhibition as a way of showing how the comics take inspiration from much older, but similar, works: “Through Lawrence Grove and Sha Nazir, who is the director of Black Hearted Press, we were introduced to Frank Quitely. We were able to select drawings by Quitely to be able to demonstrate a visual correspondence with the works. So each one is chosen to illustrate how a living Glasgow comic artist responds to the same themes.

“In the exhibition there are objects that are hundreds, if not thousands of years, earlier than the Glasgow Looking Glass, but we are saying they have similar properties to this comic.

“We’re proud to bring together Frank Quitely, the Glasgow Looking Glass and Martin Boyce, while the exhibition is not about comic art in Glasgow, it does play an interesting role in it.”

The works of Quitely and Morrison are placed next to the works of Rembrandt, Picasso and Warhol. Black believes that this exhibition is one of the first times this has been done.

“One of the claims we would like to make is that this is the first time that comic art has shown on an equal footing with what is considered, and conventionally labelled, as fine art,” he says. “We’re saying that there is no difference between comic art and the art of the finest museums and art galleries.

“The pop art movement of the 1950s and 60s, especially in New York and then in London, there is this interchange of ideas where artists could take packaging or imagery from cheap throwaway things like comics and make monumental and thought provoking imagery.

“There is a debate about the nature of what is high art and low art. Of course, in every era there are artist whose work confounds this attempt to divide into high or low art. In this exhibition we have shown the Frank Quitely alongside the works of great artists like Rembrandt and Lichtenstein.

“I think what we have done is courageous to show this flow of ideas.”

The comic invention will run at the Hunterian Museum until 17 July. Find out more here.