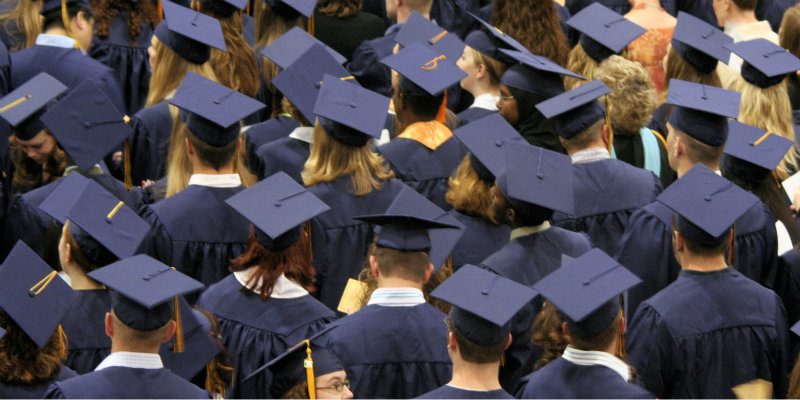 The Fair Access commissioner has said class bias is holding back equality at universities in a discussion paper published this week.

Released yesterday by the Fair Access Commissioner, the discussion paper shows significant gaps in retention rates between students from poorer backgrounds and their peers from better off areas.

Commenting of the papers findings, Professor Sir Peter Scott, the Fair Access Commissioner, said that making higher education culture more “class-inclusive” could be part of the solution to close the gap in retention rates: “It is commonplace to talk about ‘institutional racism’ that is so deeply entrenched it may go unrecognised. But there is a reluctance to accept the same is true of class.”

“It is commonplace to talk about ‘institutional racism’ that is so deeply entrenched it may go unrecognised. But there is a reluctance to accept the same is true of class” Professor Sir Peter Scott

Higher Education Minister Shirley-Anne Somerville said the report brought into focus the inequalities facing students from poorer backgrounds: “The Commissioner sets out a timely challenge to us all to do more to address this shocking inequality. Certainly I accept that challenge on behalf of the Government and would encourage universities to do likewise.

“I have already asked the Scottish Funding Council to consider changes to the university outcome agreements. If more needs to be done to improve their effectiveness, then I will not hesitate to act.

“I am absolutely determined to ensure that more young people from our poorest communities don’t just make it to fresher’s fair, but to graduation day and beyond.”

Scottish Labour’s shadow secretary for education, Iain Gray, said: “While the Commissioner identifies a number of factors where students need further support, a key one has to be financial support to live while studying.

“Ever since the SNP cut grants and bursaries we have argued that the current system is weighted too heavily towards loans.

“Today in Scotland those who start with the least end up owing the most. That’s unfair and stops far too many young people gaining a degree. Labour supports free tuition but it has to be backed up by proper cost of living student support.”

“I am absolutely determined to ensure that more young people from our poorest communities don’t just make it to fresher’s fair, but to graduation day and beyond.” Shirley-Anne Somerville

NUS Scotland President Luke Humberstone welcomed the discussion paper and the emphasised the need for greater financial support: “The Scottish Government has, rightly, made fair access a priority, but it’s not enough to just focus on getting students into education – we also have to ensure they have the support they need to remain, and succeed, once they get there.

“That’s why NUS Scotland has launched a Budget for Better campaign, calling for the Scottish Government to use this budget to deliver a world-class support system to match our world-class education system.”

Speaking to Commonspace, Mary Senior from UCU Scotland said that the discussion paper presented an “extremely useful analysis” on the issues facing Scottish higher education: “Staff in Scotland’s universities are passionate about fair access and ensuring that all students have the opportunity to do as well as they possibly can, but we know that job losses and increased workloads that don’t take into account work supporting the fair access agenda don’t help.

“Academic staff are measured by their research output and increasingly by their teaching.  It is important too that employers, if they’re to do more than pay lip service to widening access, also value the work staff do supporting students from [poorer] backgrounds.”