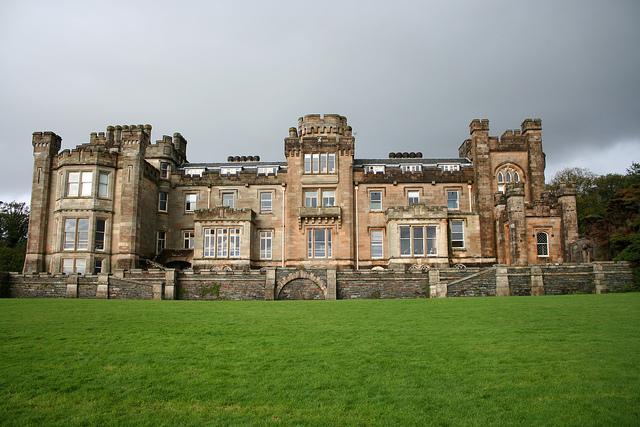 Russell praises breakthrough as testament to efforts of Argyll campaigners

THE Scottish Parliament’s local government committee has passed crucial amendments to the Community Empowerment Bill to strengthen the community right to buy.

Argyll and Bute MSP Mike Russell praised the support of his ‘Castle Toward amendments’ as a fitting tribute to the efforts of campaigners in Dunoon who sought to purchase the Castle Toward estate from the council – only to be met with obfuscation and eventually rejection.

Russell, who stated the amendments would stop another Castle Toward stalemate elsewhere in Scotland, said: “I have made it clear for some time that I would be seeking means to outlaw the type of obstructive, dog in the manger attitude shown by Argyll and Bute Council over the sale of Castle Toward.

“My amendments passed today create a new right for communities to appeal to Ministers if a local authority fails to agree a price with a community or acts in a way contrary to the new community asset transfer rules which the Scottish Government is now bringing in.

“I was delighted that these amendments were backed unanimously by the committee which includes Labour & Tory members, despite an attempt by COSLA – the group that represents many of Scotland’s local councils including Argyll and Bute – to derail the process with a briefing against the amendments which asserted that they were “offensive to local government.”

The amendment to schedule 4 of the Community Empowerment Bill means that government ministers will have oversight on decision take in parts 2, 3 and 3A of the bill, if it is successfully passed by the Scottish Parliament.

The decision will provide only limited comfort to the community of South Cowal, Dunoon, which built an 18-month campaign to purchase a derelict council-owned estate. Despite receiving overwhelming support from the community and raising a bid of PS850,000, the council turned down the bid in a storm of conroversy. (Click here to read more.)

Russell added: “As the government has also backed these amendments they are certain to become law when the Community Empowerment Bill completes its parliamentary passage next month. I only regret that they could not be made retrospective, for that they would have undone the great wrong that the current Argyll and Bute administration has done to South Cowal and its community.”

Argyll and Bute council is yet to announce what will happen to Castle Toward estate, which remains derelict. Council security and maintenance costs for the disused building are estimated at over PS20,000 since the community bid was rejected.