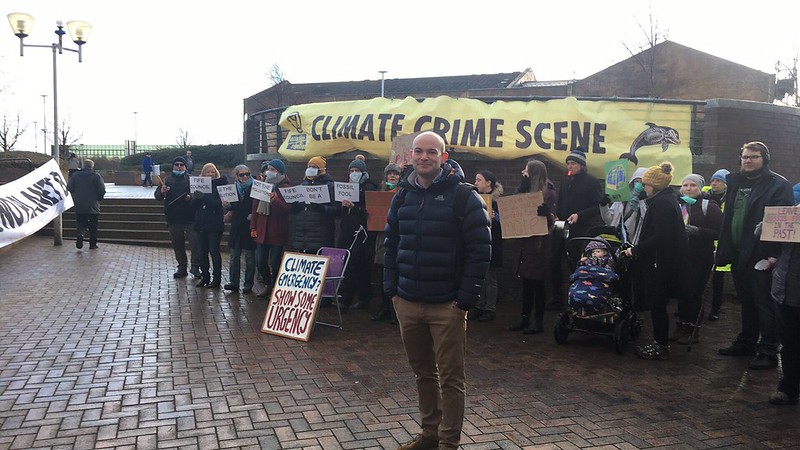 CAMPAIGNERS in Fife are celebrating after the local authority turned down plans for a gas peaking plant which developers had hoped to build just 200 metres from local residents’ homes.

This follows a protest held by local residents and climate campaigners calling on Fife Council’s Planning Review body to uphold its original decision to reject the controversial plans.

Given the close proximity of the proposed gas plant to homes in the Fife village of Hillend, campaigners from the Hillend Action Group were fearful about local air pollution and its contribution to the climate crisis.

Activists from Friends of the Earth Scotland and Extinction Rebellion Fife joined local protesters outside the council building in Glenrothes ahead of the vote, with a small group attending the meeting wearing face masks and holding signs reading ‘Fife Council Don’t Be Fossil Fools’.

Read more: Toxic air pollution linked to one in 29 deaths in Scottish cities

Speaking at the meeting, representatives from the Dalgety Bay and Hillhead Community Council spoke against the proposals, citing health risks from increased air pollution and wider environmental concerns.

CommonSpace understands only one Fife councillor spoke in favour of the plant at the meeting.

Ian Wragg from the Hillend Action Group said: “I am delighted that common sense has prevailed and the air quality concerns of local residents, SEPA and the NHS have been listened to. We cannot keep building fossil fuel gas plants as they accelerate climate change and prolong our reliance on fossil fuels.”

Kate Whitaker from Friends of the Earth Scotland said: “We are ecstatic about the decision to reject a new gas power plant in Hillend. The impacts of the climate crisis are being felt across the world right now, from fires in Australia to flooding in Indonesia.

“I am delighted that common sense has prevailed and the air quality concerns of local residents have been listened to.” Ian Wragg, Hillend Action Group

“Many local authorities have declared a climate emergency and this means they should be prioritising bringing about a just transition away from fossil fuels. The decision today is a great step towards taking action to match these words and the protests outside and inside the Council shows that communities aren’t afraid to show up and hold their representatives to account.”

“The dedication and success of the Hillend Action Group should show communities across the country that they have the power to resist these unwelcome developments in their local areas and fight for a fairer future”.

Ruth from Extinction Rebellion Fife said: “We are thrilled that Fife Council have made the right decision and we hope that they will honour their commitment to tackle the climate crisis.”

Image courtesy of Friends of the Earth Scotland