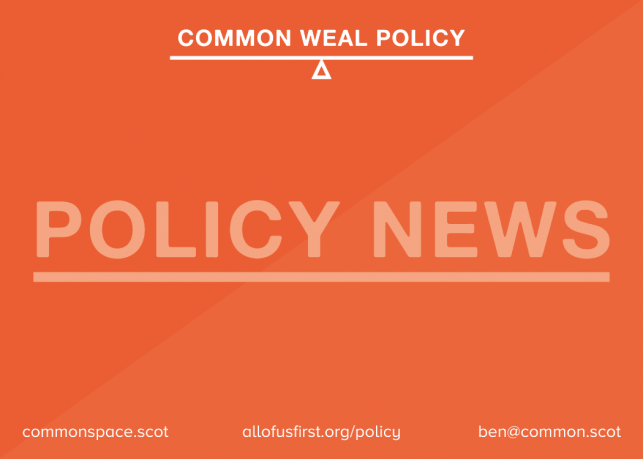 ELECTRONIC VOTING is “inherently insecure” and it would be a mistake for Scottish elections to move away from traditional paper voting systems, the Common Weal think-tank has argued in response to the Scottish Government’s consultation on electoral reform, which closed today (March 29th).

The Scottish Government has proposed the possibility of trialling the use of electronic voting, including remote voting via internet or mobile phone.

Common Weal argued in its response to the consultation that the vulnerabilities of electronic voting to error and fraud meant that it should be avoided.

Commenting, Craig Dalzell, Common Weal head of research, said: “There has been a temptation in recent years to try to “modernise” the voting system to cut costs and to make voting more appealing to younger citizens. One method often toyed with is electronic voting in some form or another.

“However, many forms of electronic voting have shown themselves to be vulnerable to fraud or hacking in ways that paper voting is currently inherently secure against. A networked electronic voting system may be completely compromised by hackers.

“There is potential for electronic assisted voting to make voting easier and to reduce accidentally spoiled or miscast ballots but this must be coupled with hardcopy verification to prevent electronic voting fraud.”

The consultation response states that a better way to widen access to elections would be to look at the possibility of ‘on the day’ registration for voting and an ‘opt-out’ system of voter registration, rather than the current ‘opt-in’ system.

The consultation response on electronic voting reads: “Traditional pencil-and-paper voting systems have some vulnerabilities but these are largely well known and well mitigated against by strict ballot handling procedures. Attacks on this form of voting may also be limited to individual ballots per attack thus are limited in effect size.

“In a worst case scenario, a successful attack on an improperly designed, fully networked electronic voting system may result in the total compromise of the election.

“New technologies such as blockchain are being tested which may secure against problems such as digital “ballot stuffing” but these may soon be vulnerable themselves by advances such as quantum computing. This may needlessly create a digital arms race in a field where conventional voting is already reasonably secure.

“Technology to allow voters to securely verify their own vote may result in the loss of personal voting anonymity which may result in people being pressured to disclose their vote against their will.

“All forms of remote voting – be it electronic, via the internet or mobile phone, or by traditional postal ballot – is inherently insecure. They cannot prevent, for example, an unscrupulous actor “assisting” someone by guiding or pressuring them to vote for a particular candidate. Remote voting should be discouraged except under extraordinary circumstances. Mobile polling stations or free transport to polling stations may mitigate the need for postal ballots amongst those with accessibility needs.

“One advantage of electronic voting which may be explored are the advantages it offers in the field of easily offering a randomly rotated ballot list (to reduce the “list order effect”) and to offer the voter a check against improperly filling in a ballot paper (which could be important in more complex voting systems like AMS and STV).

“However, an electronically assisted vote should not be counted, stored or transmitted electronically except for archive and research purposes after the result has been declared. Instead, the ballot should be printed, verified by the voter and then deposited in a ballot box to be counted by traditional means. This may not reduce costs compared to pencil-and-paper voting but will increase accessibility without compromising security.”