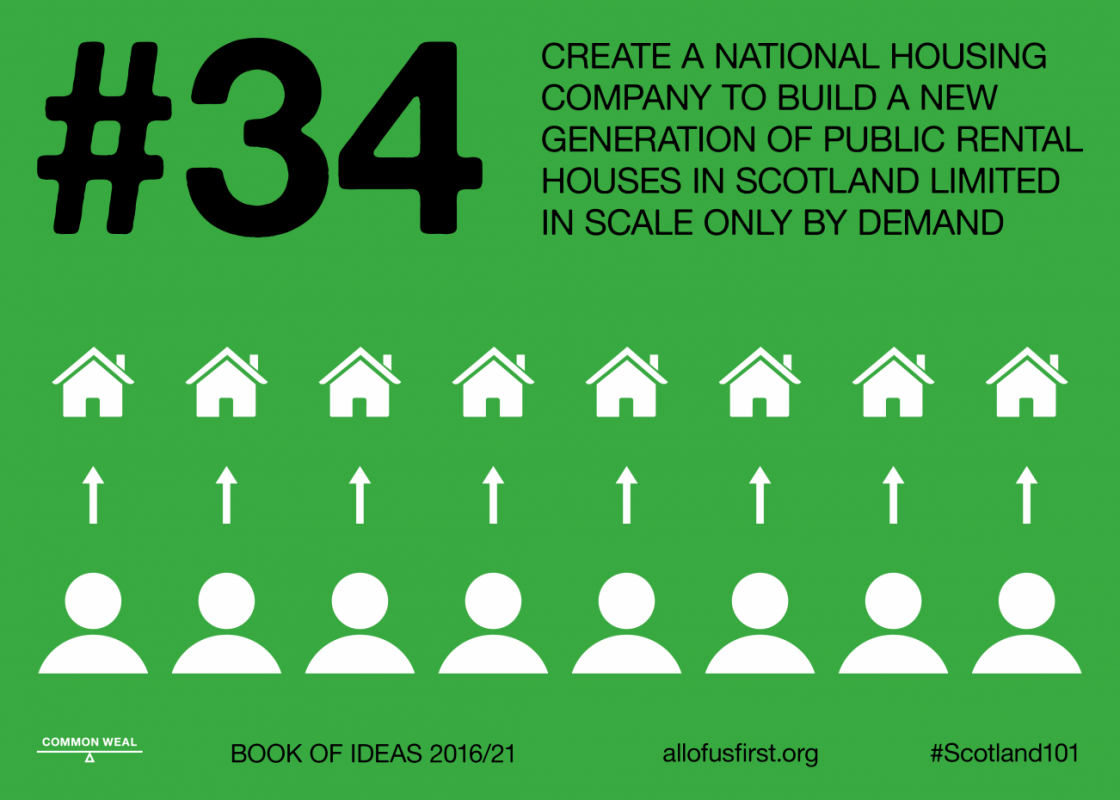 COMMON WEAL has launched a book of 101 ideas to transform Scottish society aimed at influencing political parties in advance of the 2016 Holyrood election.

The think-and-do-tank has calibrated each of the 101 policies, which were developed with the consultation of numerous academics and experts, to use to the fullest the new package of powers to be devolved to the Scottish Parliament.

Policies in the Book of Ideas include the introduction of a Land Value Tax to promote land based industry, the creation of a new Scottish housing company which would borrow against rents to create a new generation of council housing, a legal right to food for all citizens to tackle problems of hunger and malnutrition and the creation of a Scottish Government ‘legal hit squad’ to overcome legal barriers to changes in public policy.

The Book of Ideas was welcomed by Jean Urquhart, independent MSP for the Highlands and Islands, who said: “It is vital that we keep the debate going – this book will be one of the catalysts for that. If we don’t have ideas, big ideas for Scotland, we better see a long gap before we have another referendum.

“This book could be the challenge to debate, and leave the parliamentarians following the people’s lead.”

The new Book of Ideas is the follow-up to the first book of Common Weal policy, developed during the referendum, which promoted a programme for an independent country.

The new policy, tailored for the current balance of devolved powers, was welcomed by the director of the Electoral Reform Society Scotland, Willie Sullivan, who said: “Politics is alive in Scotland in a way that most of us have never known. It is a hope and excitement inseparable from the chance of change. Political parties seem to be struggling to grasp this potential.

“The Book of Ideas is here to help them and arm those that expect more of them. It recognises fully the constraints of how and when we are being governed but is no less ambitious because of this.”

The book comes a year after the official launch of Common Weal, which has grown into a nationwide organisation with branches across Scotland since the referendum.

Director of Common Weal Robin McAlpine said the book aimed to target a complacent mood that could take hold in late devolution era Scotland: “Our aim here is first and foremost to disprove claims Scotland can’t do more, do things differently, achieve greater equality, move to a different kind of economy.There is an unprecedented mood in Scotland for something that represents a new politics. We hope people will at least be able to see that what we’ve ‘aye done’ isn’t the only option for our future.”

The Book of Ideas can be purchased online and from Aye Aye Books in Glasgow and WordPower in Edinburgh.