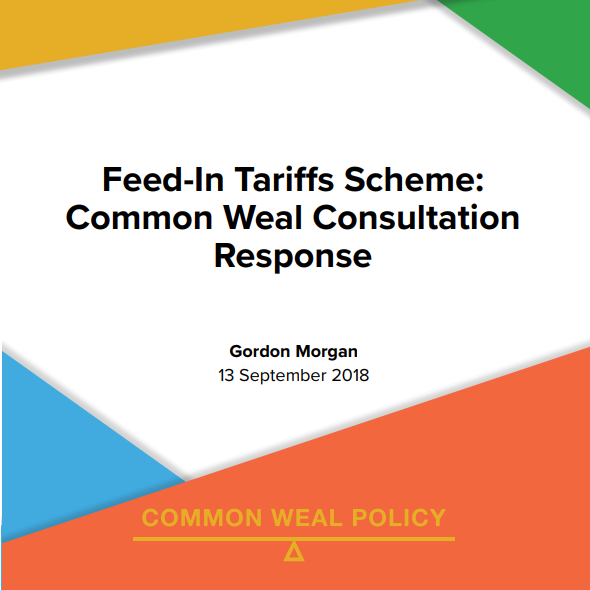 Common Weal stands completely opposed to the closure of the scheme which stands to severely disrupt the uptake of renewable energy generators in homes and potentially putting at risk 5,000 solar energy jobs in the UK. We were able to submit our response to the consultation before it was closed.

The cuts to the FITs scheme would essentially reduce the rate of return on a solar panel to below the cost of borrowing for domestic consumers and mean that domestic solar panels would no longer be commercially viable.

Common Weal believes that solar panels should be installed in all suitable new buildings and have made this view known to the Scottish Government as part of our call for a publicly owned energy company.

Instead of scrapping FITs, Common Weal believes that they should be retained for at least a further five years and more funding offered to allow the more rapid implementation of new electricity generator schemes currently “in the queue”.

FIT rates should be reviewed to ensure that as interest rates change in the future, there is always an incentive for individuals and communities to be able to borrow to invest in renewable energy and the UK Government should review its energy strategy as a whole to reflect fact that the costs of renewable energy have rapidly decreased in recent years and are expected to decrease by a further 25% by the 2020s.

Whilst the UK Government consultation asked further questions regarding the details of the closure of the FIT scheme – Common Weal’s total opposition to the proposal in principle means that further comment is not necessary. The other questions are retained in this report for review purposes.