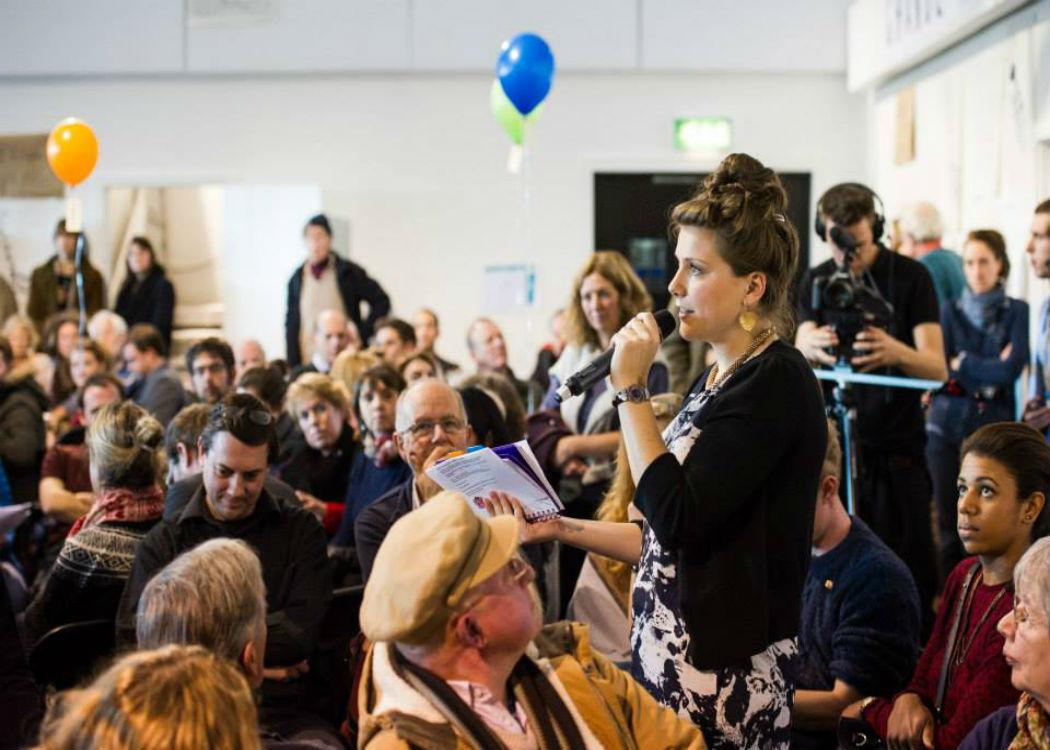 McAlpine: “I certainly can’t remember anything like the level of exchange of ideas between Scottish and English activists and thinkers that we are seeing now.”

COMMON Weal is set to attend a series of events and meetings in London aimed at building and improving working relationships between the left in Scotland and England.

Robin McAlpine, director of the Common Weal think-tank and campaign group, will spend a week in London meeting up with various groups in England looking at policy ideas and practical ways the left on both sides of the border can support each other and build on each other’s successes.

McAlpine plans to meet a team from the New Economics Foundation to discuss economic modelling, industrial policy, currency questions and tax policy. The aim will be to look towards joint work between the two think-tanks.

He will then speak at Compass‘ ‘Change:How?’ festival which looks set to be a breakthrough event for bringing new sections of the left in the UK and internationally together to share ideas.

McAlpine said he believed a renewed and re-invigorated relationship between the left in Scotland and England is emerging after the dynamism of the independence movement.

“There are people on the English left who genuinely refer to the ‘Scottish miracle’. For a lot of activists in England the kind of open, non-party campaign in Scotland that threw up lots and lots of active, radical campaigning groups was a revelation.

“The English left has been so beleaguered that the Scottish precedent has been a real shot in the arm and there has been much more communication between campaign groups on either side of the border than most people will realise.

“So certainly people want to learn from the Scottish experience, but Scotland also needs much expertise from south of the border. We just don’t have sufficient radical, progressive policy expertise across all areas of policy to be some sort of intellectually self-sufficient, walled-off country.

“So for example much of the really radical thinking on tax and monetary policy is taking place in and around London,” McAlpine said.

“Much of the really radical thinking on tax and monetary policy is taking place in and around London.”

McAlpine stated that those on the left in Scotland who argued for a No vote were convinced that Scotland was splitting off from the rest of the UK, but the evidence of the pro-independence left’s approach since the referendum has been the exact opposite of this.

“One of the things that really annoyed me during the referendum campaign was the idea that an independent Scotland would immediately be some sort of isolated backwater, cut off intellectually from the wider world and incapable of having a grown-up relationship with people who want to achieve the same as us,” McAlpine said. “I certainly can’t remember anything like the level of exchange of ideas between Scottish and English activists and thinkers that we are seeing now.”

Cat Boyd, Radical Independence Campaign co-founder, will also be addressing the Change:How festival from Scotland as well as Pat Kane, musician and independence campaigner. Change:How director David E Heinemann said the input of the Scottish experience was vital for the event.

“Some people in England look suspiciously at Scotland now, but to me what is important with the referendum is that people got involved and re-claimed politics for themselves.

“Change:HOW is trying to create a post-mainstream political space that looks to people who are trying to do politics rather than have politics done to them, and do it in a way that’s innovative and imaginative, and I think we saw that with the grassroots campaigns that flourished in Scotland during the referendum,” Heinemann said.

McAlpine added that the current scene may be just at the beginning of a new era for the left across the UK and Europe.

“Along with what’s happening in Greece, Spain and elsewhere, I really do think this is the opening up of a new series of relationships built around a strong desire to break the stranglehold of austerity politics right across Europe.

“Perhaps ironically, the British state and its referendum campaign has indeed created UK-wide solidarity – a shared desired to fight it head on,” McAlpine added.

“The British state and its referendum campaign has indeed created UK-wide solidarity – a shared desired to fight it head on.”

Compass, the social justice group hosting the Change:How conference, told CommonSpace they were “hugely inspired” by the ideas and agency behind “the radical independence movement”.

“We’re keen to learn what’s behind the success of the new political movements across the world like the Radical Independence Campaign, Podemos and Syriza,” Compass said.

The Common Weal has launched a ‘Red Lines Campaign’ around the General Election to try to instil a progressive character into a possible scenario where a minority Labour government relies on the votes of smaller parties like the Greens and the SNP.

Compass said that they saw lots of room for working together.

“There is much more communication and skill sharing between the left both sides of the border,” Compass added. “With a possible rainbow coalition on the cards in May this is vital if we are to forge anti-austerity and anti-nuclear alternative.”