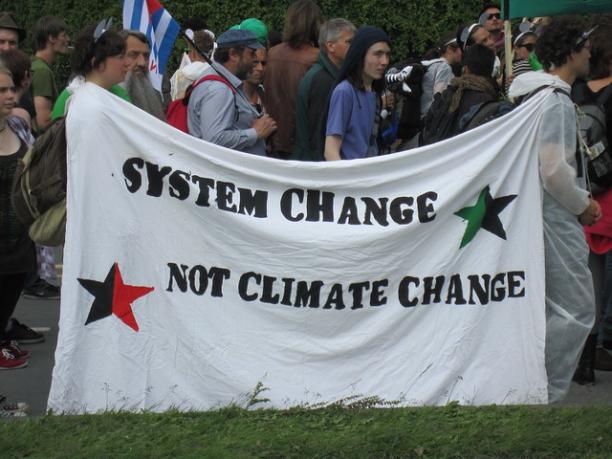 COMMON WEAL will unveil its new report on a Green New Deal for Scotland tomorrow [9 November] in Glasgow, launching what has been described as “the most ambitious project” the pro-independence think tank has yet embarked upon.

The full report will be made available at a launch event at Glasgow’s famous Arches, and will outline what the think tank has promised is “a fully costed blueprint for how we will bring about a net zero Scotland – the first in the world.”

Commenting ahead of the launch, former Cabinet Secretary for Communities, Social Security and Equalities Angela Constance said: “For those of us who believe in an independent Scotland, we must have the courage of our convictions and lay out costed plans for the future that not only give hope but make a fairer greener Scotland a reality.

”Whether politicians or citizens we have choices to make about how we secure our long term future and wellbeing.

”The detailed research and thinking in the Common Weal Green New Deal plan makes it worthy of serious consideration and debate across the wider YES movement.”

Also commenting, the musician, writer and Common Weal board member Pat Kane added: ”I’ve always supported Scottish independence – but CommonWeal’s Common Home Plan has given me yet another decisive reason. It shows how we can become a ‘Dear Green Nation’ – one which can lead the world in adapting to, and even thriving in, the coming waves of climate crisis.

“Our strongly felt Scottish values – about who owns and benefits from our land, and from our abundant natural resources – can be the bedrock for a transformation of how we live our lives in 21st century Scotland. This lifestyle (and economy) will be different, but it will be clearly better – both for us and our communities, and our planet also. A fresh start, for us, our loved ones, and our fellow citizens.

“I’m more excited by this as, a plan that justifies indy, than any I’ve seen all my active political life.

The launch event will take places at the Platform at Argyle Street Arches at 1pm. Tickets are available here.