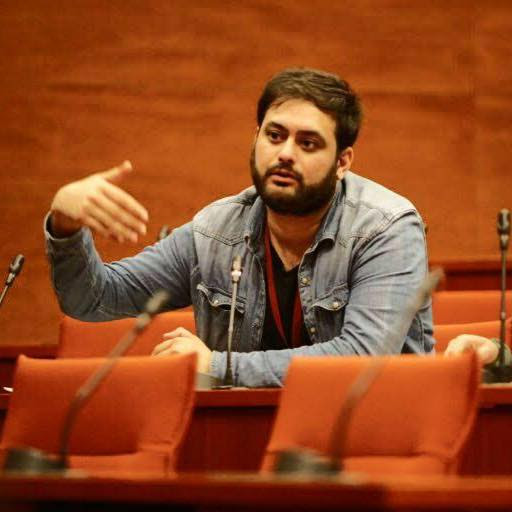 Jonathon should be well known to many of you already through his work in co-founding the Radical Independence Campaign – which was instrumental in reforging the 2014 independence campaign into the popular movement it has become.

We’re delighted that his considerable skills and years of experience as an activist and campaigner will be brought to bear on Common Weal’s political outreach.

Scotland is entering a critical time in politics with both Brexit and the prospect of another Scottish independence campaign approaching. Our domestic agenda too, from our plans to revolutionise social housing to work on creating a publicly owned retail bank, will be the focus of his attentions in the coming months.

We’re particularly excited by his ideas to make Common Weal more visible than ever, to get us out campaigning, out holding events, conferences and hustings.

And now a few words from our new campaigns officer…

I am delighted to be joining Common Weal. Having been involved in a range of campaigns over the last ten years, I know that activism is essential in making political and social change. So too are ideas. At Common Weal we will bring both together to deliver campaigns that are going to make a big impact on the Scottish political scene. We already have some exciting plans in the works that will take us to the next level. We will be a vibrant movement that will look to work with others in taking our agenda forward. There is huge potential here. With a great team backed up with the need to mobilise progressive politics I will be committed to making sure Common Weal can move to the next level. In the near future you are going to see some of the initiatives we are discussing – campaigns that will reach new audiences with our ideas. I am also your resource – so make sure you get in touch with your ideas – you can find me on shafi@common.scot. Let’s get to work.

All that remains from me is to say that I can’t wait to start working with Jonathon in our continuing and shared goal of building a better Scotland that puts All of Us First.