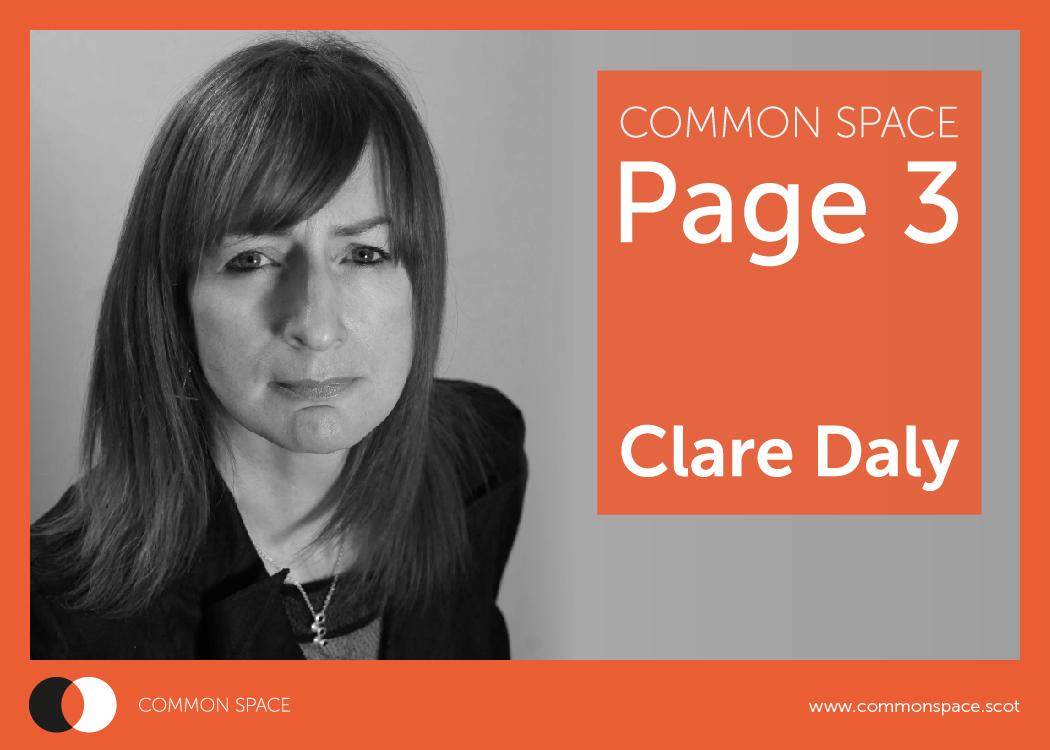 Hi Clare. Thanks for joining us. Tell us how you got into politics.

I was a students union president when I was in college, and then I joined the Labour party in the mid 1980s as they were the only party campaigning for divorce at the time.

I was later involved in trade union activism in my workplace as a shop steward and a community activist against water charges. It was through the anti-water charges campaign, where mass non-payment and civil disobedience, having witnessed what happened in Scotland and across England and Wales with the poll tax, a very successful non-payment campaign was organised, part of which was putting the politicians who implemented the charge under pressure.

As a result of us pressurising them in the elections, the possibility of standing ourselves arose and I was later elected to the county council.

What inspires you and keeps you going?

I am kept going by the constant interaction with people who desperately desire and yearn for society to change. I see that we have been able to use the parliamentary platform as a vehicle to highlight their concerns, which in turn gives them confidence and makes them feel less isolated.

What have you found challenging along the way?

It’s always difficult juggling family and work commitments. That is also the case when you’re a public representative. The parliament can be a very isolating place, with bureaucratic procedures which do not suit effective engagement, and it can be off-putting in that sense. However, overall, I have found that we have been able to use it quite effectively.

Are there some defining events in Ireland in recent years that you can pinpoint as having had a significant effect on policy/political narrative?

The marriage equality referendum has been the most dominant recent campaign and policy outcome which has very much put centre stage the type of society that Ireland now is.

It has given an enthusiasm and a confidence to those who want to take that campaign further, in the sense of developing a much more secular and progressive Ireland – something which has not been present since the early years of the state and the dominant role given to the Catholic Church in our society.

There is now a huge impetus behind the need to repeal the 8th Amendment; our constitutional provision which seeks to outlaw abortion in Ireland. There are also many campaigns springing up demanding that children should have equal access to a secular education system and that religious influence should be removed from the school.

Can you describe the situation in Ireland now with women’s rights and reproductive rights?

Very cumbersome legislation was enacted in the course of this parliament which allows for an abortion to take place in Ireland in circumstances where a woman’s life is in danger, including a risk of suicide.

However, in order to secure such an abortion, a person could potentially have to be assessed by up to six medical practitioners, which is not really realistic when the person’s life is in danger.

As a result, we see thousands of Irish women travelling, mainly to Britain but also to Holland, in order to secure terminations every year. It is also the case that many, many more are purchasing abortion pills over the internet, putting themselves at risk of a 14-year jail sentence, because of the criminalisation of abortion.

There is an enormous impetus behind the need to remove our constitutional prohibition of abortion in order to enable a relaxing of the legislation and ensure that it is legislated for in cases of rape, incest, fatal foetal abnormalities and where a woman’s health is in danger.

Such circumstances are repeatedly supported by the overwhelming majority of people in opinion polls and indeed a very sizeable minority support a fully pro-choice position.

You can have a look at other women who’ve featured in our Page 3 series on inspiring women here , and you can follow Clare Daly TD on Twitter here .