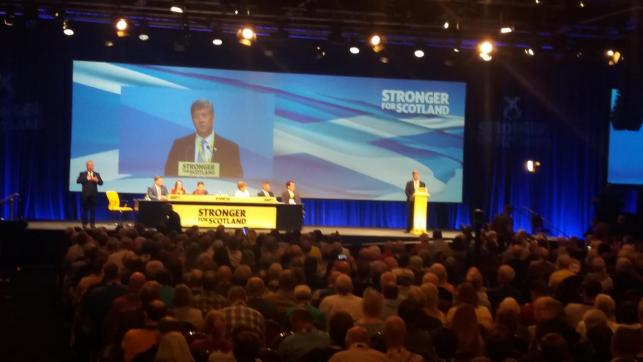 FRESH from his successful bid to become the new SNP depute leader, Keith Brown sits down with CommonSpace editor Ben Wray to discuss his plans for the job, including the next steps for the hotly debated Growth Commission.

Brown was elected with over 50 per cent of votes in the second round of the election, beating an SNP councillor and a party worker to become Nicola Sturgeon’s deputy. With special responsibility for engaging with the grassroots, Keith Brown discusses how he will engage members in the debate over the Commission, the current arguments in the party and further afield about the work of the Commission, and the motions passed at SNP conference on the economy.

Brown entered elected office as councillor, serving as Clackmannashire council leader from 1999 to 2003 before entering the Scottish Parliament in 2007. The MSP first entered government under Alex Salmond, serving in a variety of portfolios before promotion to cabinet secretary in 2014 under Nicole Sturgeon.