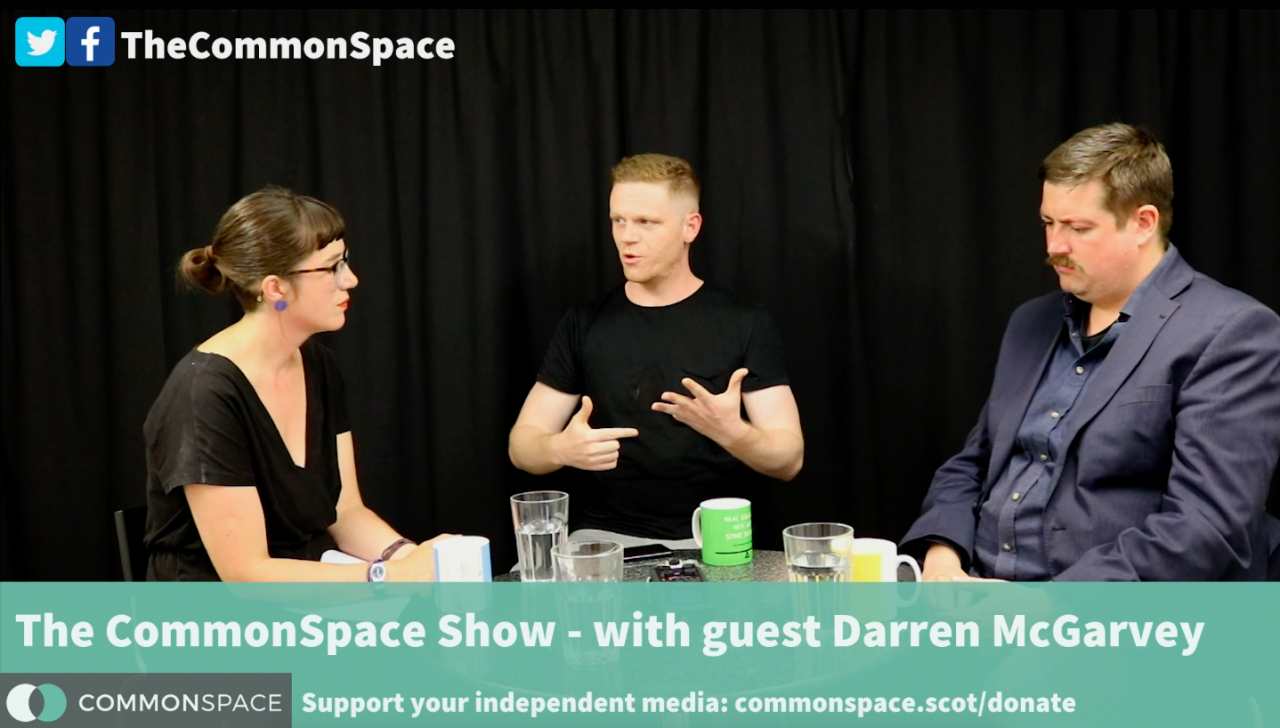 In the third edition of The CommonSpace Show, David Jamieson and Rhiannon J Davies are joined by writer, commentator and hiphop artist Darren McGarvey (aka Loki)

They discuss the week’s big stories – Trump’s racist tweets, drug deaths in Scotland and the Tory Leadership race, before moving on to talk about Edinburgh Fringe and Loki’s upcoming show: Scotland Today.

Also included is a visit to Govanhill to talk to Southside Central artist-in-residence, Ailie Rutherford about gentrification and Govanhill and why they organised their ‘Market Forces’ event to discuss the issue, along with an interview with academic, artist & activist, Dr Stephen Pritchard.

As ever, we’d like to hear your views – both on the topics discussed and potential guests/themes for future shows. Get in touch with: media@common.scot