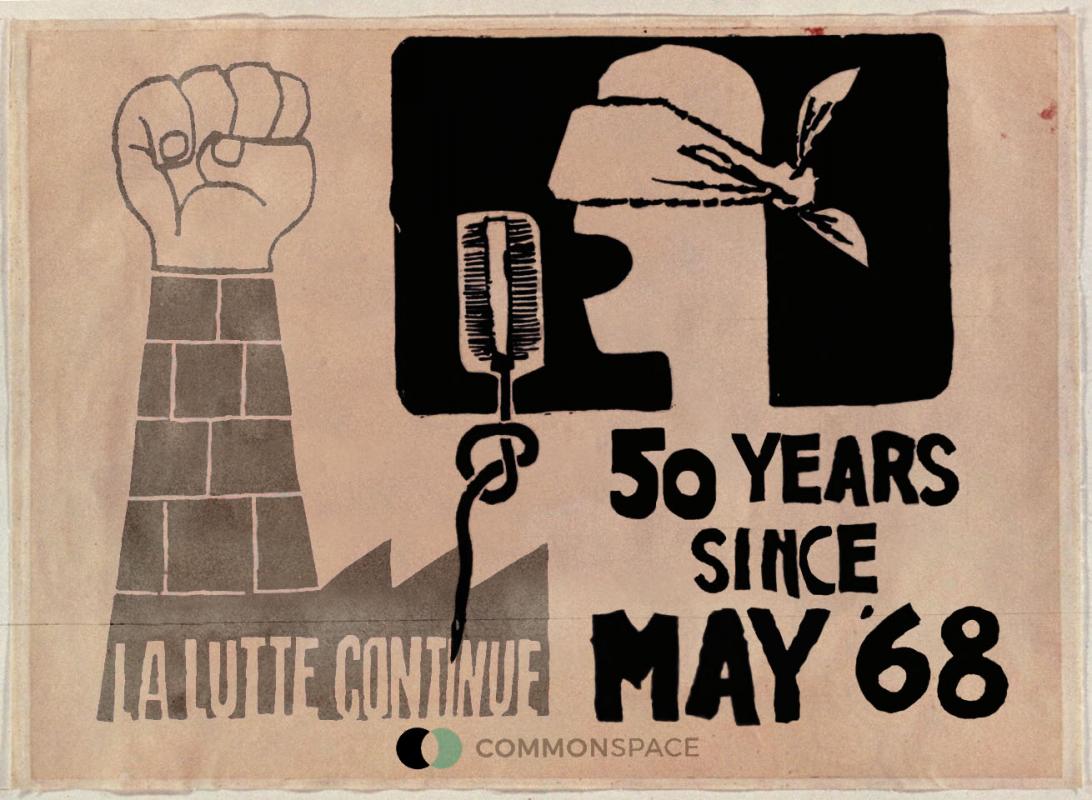 IN THE week beginning 30 April, CommonSpace will be running a special week of coverage on 50 years since May ’68, the revolt in Paris which became the symbol for a year of movements and uprisings across the globe, which sought to create a new world based on a radical new egalitarianism and a universal notion of political, economic, cultural and sexual liberation.

2 May is seen as the start of the incredible two months in Paris 1968 which escalated into a wildcat general strike shutting down the whole French economy, continual street battles between the Paris youth and police, widespread occupations and the temporary fleeing of the French President General Charles De Gaulle.

1968 has so many dimensions to it – the anti-Vietnam war movement, the Prague Spring, and the assassination of Martin Luther King at the height of the civil rights movement, to name just a few – and has left such a strong, but disputed, legacy that it will be impossible to truly do it justice, but some of the issues CommonSpace will be exploring next week include:

The week will culminate in a CommonSpace forum in Glasgow to discuss ‘Is the left still revolutionary?’ 50 years after May ’68. One of the panellists at the event, Margaret Ferguson, was a participant in the Paris ’68 revolts and she will be bringing with her original posters, pamphlets and leaflets from that time for participants to see.

Panellists will also include George Kerevan, former SNP MP and journalist, who was a student at Glasgow University in 1968. He gave his view on 50 years since ’68 in his column for The National in January.

The forum will take place at Renfield St Stephens Centre on Bath Street, 7pm, on Thursday 3 May. Registration is free but reserve your place on EventBrite by clicking here (first come first serve).

We also welcome suggestions and written contributions from CommonSpace readers on your reflections on ’68, what you think the real legacy of ’68 is and what we can learn from that time for the struggles of today. Email ben@common.scot to discuss.