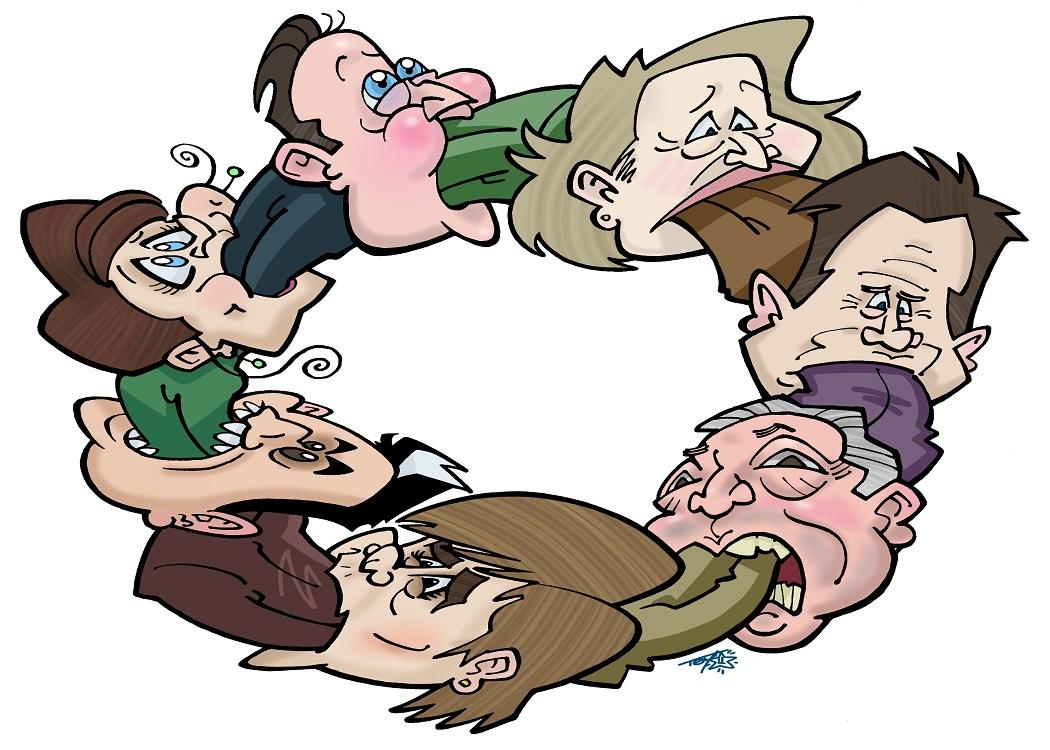 SCOTLAND’S first minister took a strong anti-austerity message to the first leaders debate ahead of the General Election, offering a positive way out of economic hardship. She also brought a sense of community most likely entirely unexpected by viewers in England.

The female leaders – Sturgeon, the Greens’ Natalie Bennett and Plaid Cymru’s Leanne Wood – held their own against the old boys of Westminster groomed for their positions in life. But it’s not enough just to have done well, it’s not enough anymore to get a pat on the back for managing a few one liners. It’s not enough.

A determined Nicola Sturgeon gets that. It’s not enough to come out of a Westminster debate as a Scottish woman – every inch the outsider – to the approval of the commentariat that you did surprisingly well by not crumbling into a crying lump of hormones. And that’s the condescending tone still following women around in politics.

Rather, Sturgeon went in with a strong, solid message of anti-austerity, and repeated that view throughout the two-hour debate, inserting the seed of doubt into the minds of the rest of the UK that the crippling cuts to their basic services may not have been the way after all, and that there really is an alternative, it might not be a pipe dream.

It’s no surprise that viewers outside of Scotland were soon tweeting their disappointment that they couldn’t give the SNP their vote in May.

She even managed a couple of those one liners, infuriatingly, no doubt, to the men who’d probably breathed a sigh of relief months ago when Alex Salmond stepped aside as leader of the SNP.

For viewers in Scotland, the performance of Leanne Wood, leader of Plaid Cymru, was of interest. The Welsh nationalists have been finding their voices, and supporters’ links with Scotland have been strengthening.

But Wood pitched straight to the Welsh people. Sturgeon’s opening statement made two main strands of her strategy clear – one was about an alternative to austerity, the other was a message of friendship and collaboration to the rest of the UK. Wood, however, spoke directly to the Welsh people.

It’s worth remembering, though, that Plaid Cymru didn’t just nearly break up the British state.

It’s worth remembering, though, that Plaid Cymru didn’t just nearly break up the British state. Plaid Cymru, perhaps, does not face the level of hostility and misrepresentation in the media that Nicola Sturgeon and the SNP have been dealing with since the pre-referendum ‘love bombing’ came to an abrupt end.

For Wood, securing the Welsh vote no matter what anybody else does may be the priority, but for the SNP it’s a much bigger game now.

At home the party is fighting inwardly for its votes, but on the wider UK platform it strikes the balance of taking Scotland’s voice to a volume that No voters as well as Yes can appreciate, and speaking outwardly as a representative of Scotland’s new place in the landscape.

The most concerning thing, perhaps, from the debate outcome was the level of popularity for Nigel Farage’s Ukip. Despite a collective intake of breath when Farage used the NHS segment of the event to point the finger of blame at HIV patients who were not born in the UK, the party’s popularity didn’t take the hit that some viewers expected. If the polls are anything to go by, it did not backfire on Farage.

Farage – with no strong anti-austerity SNP equivalent in England – has free reign to blame immigrants.

And that’s where Nicola Sturgeon also appealed where others have failed. She didn’t shirk that there needs to be a serious conversation about immigration – but it needs to be a civilised one. It needs to be a logical one.

Otherwise, Farage’s popularity will continue to grow. Sturgeon blames the sword of austerity for the problems facing working people in the UK, and Farage – with no strong anti-austerity SNP equivalent in England – has free reign to blame immigrants.

Sturgeon had the measure of Farage, and he wasn’t comfortable with it.

The Greens’ Natalie Bennett held a strong enough line for her party, but the limelight was firmly on Sturgeon after a performance – only months after becoming SNP leader and first minister – that surpassed the expectations even of some of her supporters.

As for David Cameron and Ed Miliband – well, we’ll give them the last sentence.