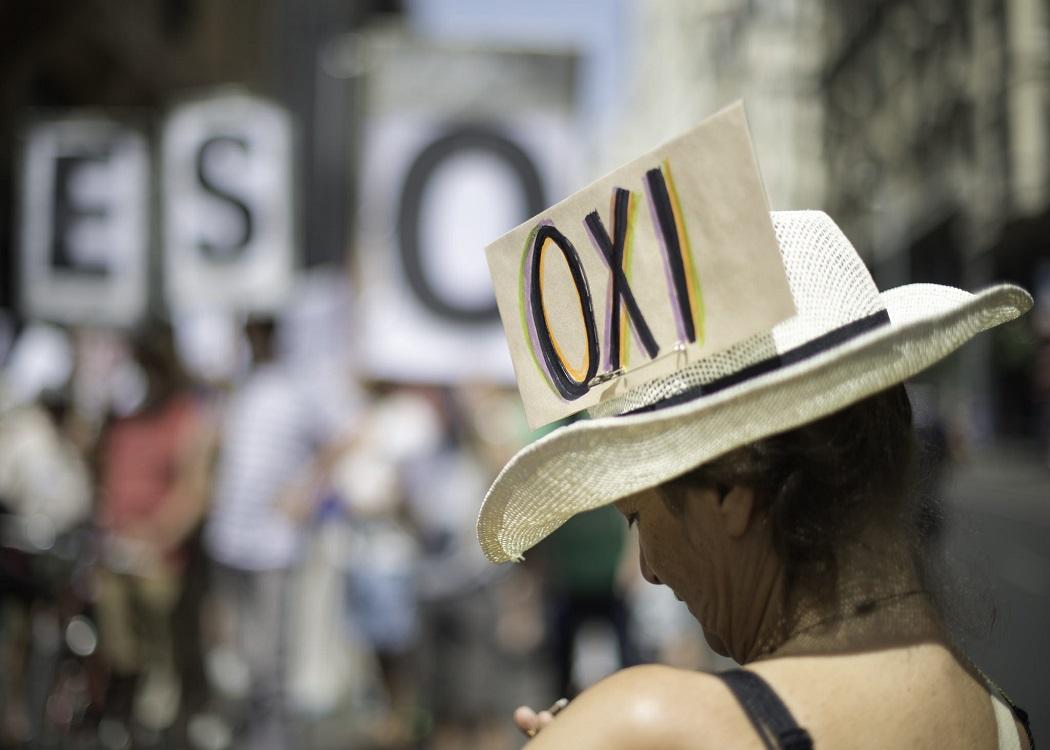 THE East Renfrewshire Common Weal group took part in a global call on Wednesday to show support for the Greek people with demonstrations in their prominent public spaces.

More than 60 cities around the world were involved, including Glasgow, and the East Renfrewshire Common Weal group used the opportunity to stage a community event engaging with local people.

“It has been a momentous week both in Greece and here. All over the Europe’s north western archipelago, people, who only a week ago would have described themselves as proud Europeans have been wondering what that phrase now actually means.

“But another Europe is possible.”

The group gathered on the main street of douce Clarkston, the neighbourhood of former Scottish Labour leader Jim Murphy, who was ousted from his seat by the SNP’s Kirsten Oswald MP at the General Election.

At one point a flock of teenagers hanging around a nearby Tesco Metro started up a chant of ‘Stand With Greece!’ as they posed for selfies holding placards.

The group could have joined the main Glasgow event at the Royal Concert Hall, but they stressed the importance of the community aspect and felt that a local presence was appropriate.

They expressed their delight at seeing Clarkston listed along with prestigious world cities in the official ‘OXI Means OXI’ Facebook event page.

The East Renfrewshire group was joined in spirit by the Berwickshire Granarchists who staged their own event in Duns.

The group engaged good naturedly with local people, many of whom stopped to chat and voice support. One of the group’s aims was to establish the high street as a place were politics can happen.

At one point a flock of teenagers hanging around a nearby Tesco Metro started up a chant of ‘Stand With Greece!’ as they posed for selfies holding placards.