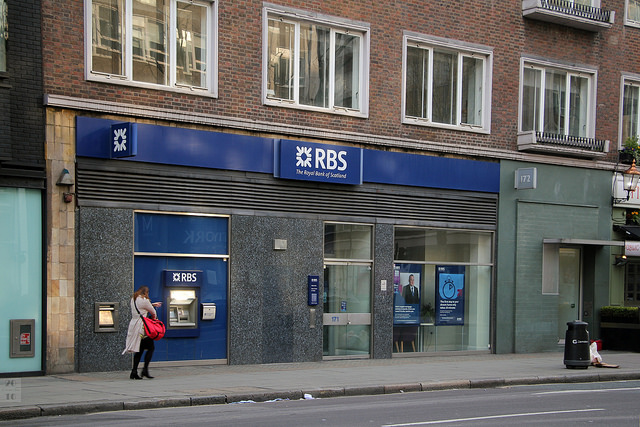 THE OUTLOOK for rural communities in the face of a slew of bank branch closures just got a little brighter, if the ambitious plans of retired accountant Jeff Payne are anything to go by.

Payne’s vision, a series of individually franchised community “one stop shops”, including banking, postal and online shopping services, alongside groceries, homewares and social activities, ticks many of the boxes for rural areas confronted by diminishing town centres and inaccessibility of essential services.

Early this year, RBS announced plans to close 52 branches across Scotland by 2020, while Santander has planned to close 10 by the end of 2018, and the provision of free-to-use cash machines could drop by as much as 40 per cent as banks are set to reduce their payments to ATM providers.

Branded the Community Junction, Payne’s idea has already won the support of Scottish Rural Action, which has been campaigning on the issue of rural banking in Scotland. And with a commercial bank which describes itself as socially responsible, Contis, already on board to provide the banking service, a selection of pilot areas looks set to get the go-ahead.

Speaking to CommonSpace, Payne explained the thinking behind the initiative: “The aim is to restore branch banking in the towns which have lost their banks or are down to last branch status.

“Lots of people have been unbanked or under-banked as a result of branch closures. This is having an effect on small businesses, and high streets have seen a rush of closures in local shops and bigger shops, leading to community deprivation.”

While 2,500 towns across the UK fall into this unbanked or under-banked category, Community Junction plans to start with a pilot of 12 areas over the next 18 months.

Payne added: “One proviso of the whole process is that any profits made go into community projects, not to investors.

“So the funds will help young people, improve recreational and sports facilities, offer job opportunities and provide older people with opportunities to mix with other people.”

While Contis will make a charge for the provision of the banking service, the branches will be set up as community interest companies, with shares owned by as many people in the community as possible.

This is what Community Junction proposes as a “radically reconfigured bank branch” which, as the name suggests, “will be the place where all roads lead”.

The idea was initially derived from Payne’s research into similar projects around the world, including a Bendigo Bank franchise in Adelaid, Australia, which used £140,000 of its £150,000 profits last year to fund community projects.

Chief executive of Scottish Rural Action, Emma Cooper, told CommonSpace that the Community Junction project had come the closest so far in securing a practical solution to the rural banking crisis.

“These things happen because of 20 little things coming together, so this is another step along the way,” Cooper said.

“The key thing about the project is the idea of economies of scale and how difficult it would be to get banking services in individual communities, so a cluster of communities looking to do this together makes it more practical.”

Cooper stressed that the community hub model would be more manageable in communities with high capacity and experience in running local projects, but that a pilot in such areas could provide the basis to roll the initiative out across the board.

Equally, Cooper added that the onus must remain on banks themselves to offer a solution. “Scottish Rural Action believe banks have an obligation to provide banking services to people wherever they live,” she said.

“So we hope that banks will continue to work with communities, whether that’s providing a branch or suitable mobile banking, or working with a community to providing banking services in a community hub.”

Led by Payne, along with business and e-commerce academics Tony Davies and Alan Braithwaite, a national campaign to fundraise for each stage of the project will be launched in Autumn this year.

Flavia Alzetta, CEO of Contis explained why the bank has agreed to work with the project: “At Contis we are committed to driving a healthy banking and payments sector that works for everyone, and it is our mission to empower others to disrupt and make change for good.

“With the continuing closure of high street branches, local people are looking elsewhere to find the banking support they need. Through Contis’ fully adaptable technology, communities are able to solve their own specific needs.

“Projects such as Coomola Tree [the original name for Community Junction] are fantastic initiatives that are empowering local communities to take matters into their own hands and offer banking services for everyone, not just the few. Although it is still in its funding stage, we are ready to move when they do. It’s a project we are very proud and committed to support.”