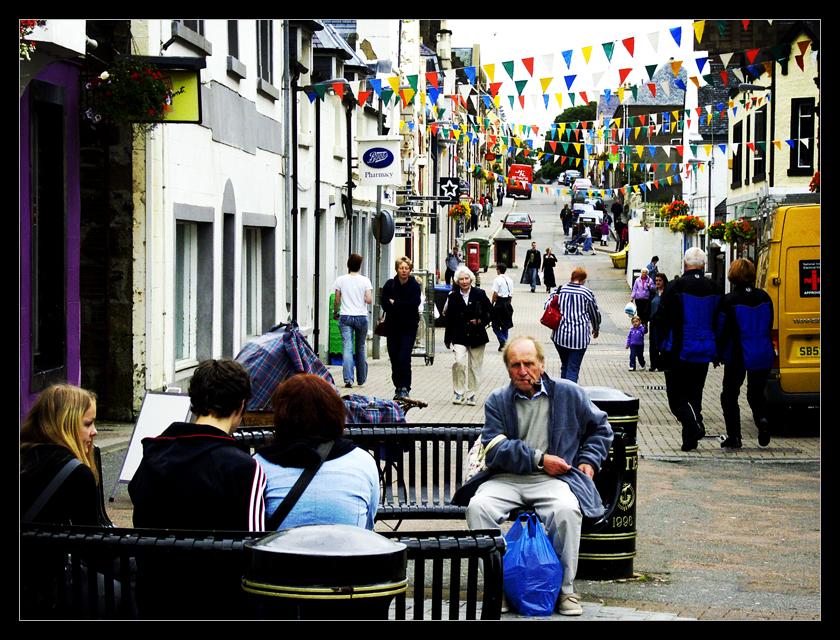 As an Isle of Lewis community comes together to bid for the Barvas estate (click here to read more), Michael Gray explores how the grass-roots political movements inspired by indyref are moving forward on Lewis and Harris.

IT didn’t end on the 18th of September. Across Scotland, thousands of people, inspired to action by the referendum campaign, re-engaged in politics as the focused changed.

On the Isle of Lewis and Harris there is a new optimism that political campaigning can make a difference. Supporters of groups like Women for Independence, Common Weal and community councillors see potential opportunities to improve the standard of living for the islands’ inhabitants.

Gordon Murray, who represents a council ward in Stornoway, is involved in a variety of practical campaigns.

“It was great during the referendum, which created a wave of enthusiasm and interest,” he says. “This has given us an opportunity to do things locally. Common Weal, for instance, gives us an opportunity to look beyond party politics and squabbling, towards working together for the community.”

“In my role as a councillor I look to harness that energy in the community to take on different challenges. One of the great challenges is fuel poverty. We’re one of the worst in Western Europe for fuel poverty. Our work has identified three main causes. There’s poor housing, there’s household poverty and the cost of electricity.”

“I’ve been working to make the council a Living Wage employer and to provide cost price provision by a community company. We have the best renewable resources on the planet in the Western Isles alongside high fuel poverty. Electricity supplies would solve a lot of challenges we face with lots of youngsters going off the island.”

These ambitions are part of the post-referendum effect and a desire to continue the momentum built up through campaigns. “There needs to be radical change”, Murray says.

One of the reasons for confidence in the possibilities of change comes from new, organised community campaigners. For Ishi MacLean, it was events at home and abroad that spurred her determination to get involved with local politics.

“I was living in Egypt during the Arab Spring,” she explains. “I got caught up in the whole thing. I worked through 27 African countries, so that made me think about the importance of politics. Then the referendum was building up while I was away. I got back in June – there was no way not to get caught up in it.”

Having only recently returned home to Stornoway, MacLean felt her way through the independence campaign via social media and debate. While the result of the referendum dashed her immediate hopes for change, she felt the need to redirect her energy and hopes.

“For all our sanity I don’t think we should give up on anything.”

“The 19th of September came round and a group of us knew that we were desperate to create a more equal, fair society for all. When it didn’t happen through the Yes vote – and what could have happened after that – it was ‘What now?’

“For all our sanity I don’t think we should give up on anything,” she continues. “We live in a small enough community that we can make changes if need be. To keep the momentum going we all met to decide if we were on the same page, and we were.”

After looking at different groups and ways forward, MacLean and colleagues decided to form a Common Weal group – one of 30 across Scotland that sprung up after the referendum.

While this new energy sprung out of a Scotland wide campaign, politics has many local distinctions in the islands. Even the referendum itself was split between Lewis and Harris, which returned more No voters, and Barra and Uist to the south which were stronger for the independence campaign. Comments in Stornoway suggested a link to the influence of religion – with the Free Church of Scotland in the majority in Lewis and Harris, and Celtic Catholicism more prominent on Barra, North Uist and South Uist.

The islands also have an older population than the Scottish mainland (the medium age is five years higher than the Scottish average) and out of 31 local councillors only three are women. Although these may be considered signs of a conservative political culture, the outer hebrides have made great strides in land reform and renewable energy.

Stonorway itself is owned by a trust rather than through disparate private ownership. Land in northern Lewis is owned by the Ness Group and the Galson Trust. Storas community ownership covers South Uist, Benbecula and Eriskay. In total there are 12 community trusts in Community Land Scotland on the islands. The Pairc Trust, North Harris Trust and Carloway Estate Trust have all benefited from Scottish Land Fund investment.

Community Land Scotland, which represents and supports groups who want to own and run the land they live on, has a base on Lewis and Harris. Its policy officer Peter Peacock explains the change that the shift in ownership patterns is having on local economies.

“This shows that community ownership in these cases is outperforming the past private ownership sector. It’s why the government is so interested in this, because it is producing results.”

“There’s almost too much interest to cope with now. There has been a real sea change in the debate. It’s now back on the front pages.”

The success of these ventures provides the Scottish government with a basis to bring forward new land reform proposals. In Peacock’s view, this is part of a shift in attitudes towards how land is utilised.

“Community Land Scotland was launched due to a feeling from community land owners that momentum had gone out of the land reform debate in Scotland. They wanted to bring attention back to the issue of land reform and create support for more community ownership.

“There’s almost too much interest to cope with now. There has been a real sea change in the debate. It’s now back on the front pages.”

For councillor Murray, land reform is something that requires leadership and practical actions.

“I’m involved in a semi-urban project in Stornoway,” he explains. “There’s lots of unused land. I’ve looked at a community growth project through growing local vegetables. In 0.1 of an acre we can set up an allotment as stage one. Then we can look at developing the space to develop the ecosystem. Finally we can add solar panelling to the area to bring in funding. It can bring dead land back into use.”

That relationship between land reform and the profits of renewables innovation is bearing fruit across the islands. Tolsta Community Development installed a wind turbine, the proceeds of which return to the community. Before Christmas, each of Tolsta’s 225 residential properties received a PS200 voucher, and the rest of the PS45,000 dividend will fund a variety of community projects.

Tolsta are one of five community trusts who have completed energy investment projects. So far these total 10.5 mega-watts in output. According to the Stornoway Gazette, this is expected to double in 2015, especially as the biggest community wind farm west of Stornoway comes to fruition. The Point and Sandwick Trust Project involved moving 50,000 tonnes of rock from the site in Beinn Ghrideag, and expects to generate PS1m per year.

However, renewables developments were not always met with universal approval. In 2008, a mammoth 181 turbine project led by private groups Amec and British Energy were rejected after sustained public opposition. A reduced project between Amec and the community group Stornoway Trust was then accepted.

The empowerment of the local community is likely to be enhanced by further devolution proposals, led by the council campaign ‘Our Islands, Our Future’. During the referendum campaign council groups in the Outer Hebrides, Orkney and Shetland won support from Edinburgh and London in favour of further powers.

Proposals to devolve the Crown Estates to Scotland in the Smith Commission report may open the door for empowerment on the islands to extend to its shores and seabed. With new activists, land reform, and a surge in renewables, that opportunity might just have come at the perfect time.