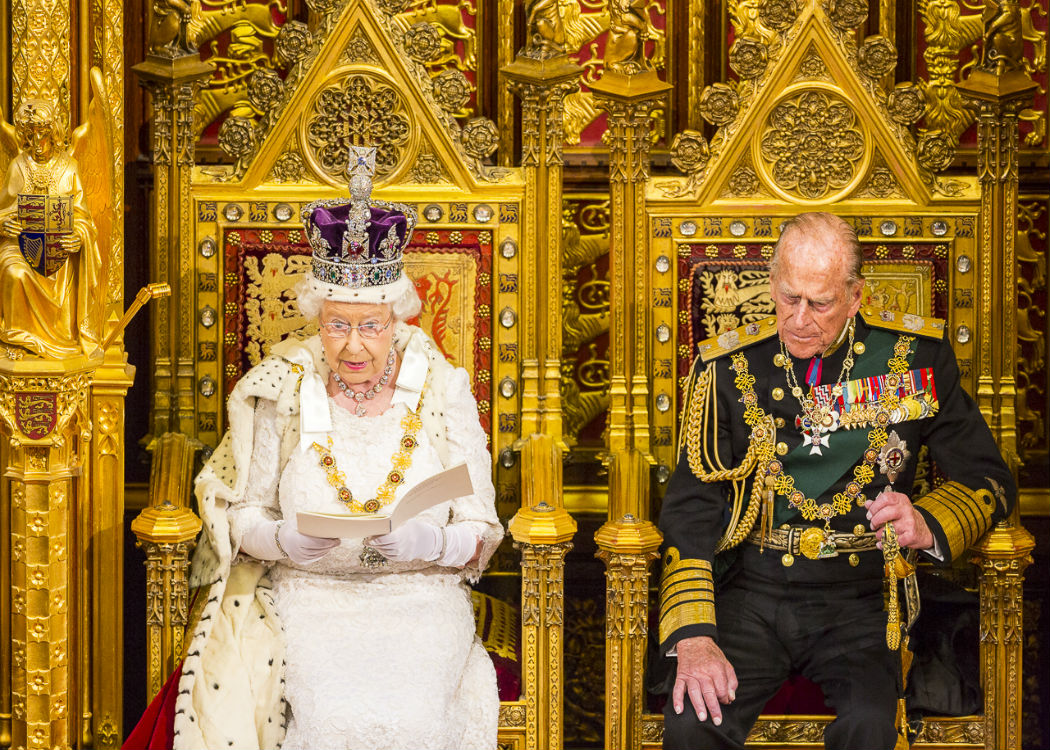 THE UK GOVERNMENT has laid-out its legislative priorities for the next year in the traditional ‘Queen’s Speech’.

The ceremony, which sees the government speak through the nominal head of state to announce its agenda for the coming years, saw the speech dominated by plans for social reform, including changes to prison governance and higher education.

The SNP launched its own proposals in an alternative Queen’s speech, seeking to highlight its ideological distance from the UK Government and also present itself as a superior parliamentary opposition to the Labour Party.

The 2016 Queen’s Speech was billed in advance as the UK Government directing its legislative efforts towards social reform, having dealt mainly with economic reform during the Conservative-Liberal Democrat coalition of 2010-15.

Much of what was announced has been carried over from 2015, leading critics like ex-cabinet member Ian Duncan Smith to say that government has been frozen by the EU referendum debate

Much of the rest of the speech aimed at reforms dressed as a liberalisation of British social institutions, including:

– Turning schools into academies. There was only a vague commitment to “moving towards a system where every school is an academy”.

– Prison reforms that will give greater autonomy to prison governors, ramp up work and education programs in prisons and publish re-offending league tables.

– Speeding up the adoption process.

– Encouraging the use of drones, spaceports and driverless cars in a bid to upgrade the UK economy.

The SNP have criticised the plans by saying that very little of it will directly impact Scotland and other nations with devolved powers. Devolution was mentioned during the speech, but only to affirm that current devolution processes, including the Scotland Act, were still to be implemented.

The SNP’s alternative Queen’s Speech represents an attempt by the SNP to present itself as the most dynamic force of opposition to the Conservatives at Westminster.

This was a move meant to highlight the divisions within the Labour party, which also has to work to a Westminster Parliamentary schedule in detailing policy, something which parties usually do closer to general elections.

The SNP’s benefit in producing an alternative legislative agenda is two-fold. First, it can announce policies when other parties can’t and second, because it can never form a majority government at Westminster it never has to worry about paying for or implementing that agenda.

– A Scottish Home Rule bill, which would provide the maximum devolution of powers to Scotland within the UK.

– A legal requirement for the UK Government to seek the approval of the Scottish Parliament in order to base new Trident weapons in Scotland. This would effectively abolish Trident.

– The abolition of the House of Lords as part of wider democratic reform, including the introduction of electronic voting, lowering the voting age to 16 and greater parliamentary scrutiny over the government.

– Special protection for human rights legislation, including the European Convention on Human Rights, which the SNP claim is under threat from the conservatives.

– The reintroduction of work allowances for low paid workers and an end to maternity leave discrimination as part of sweeping changes to the benefits system.