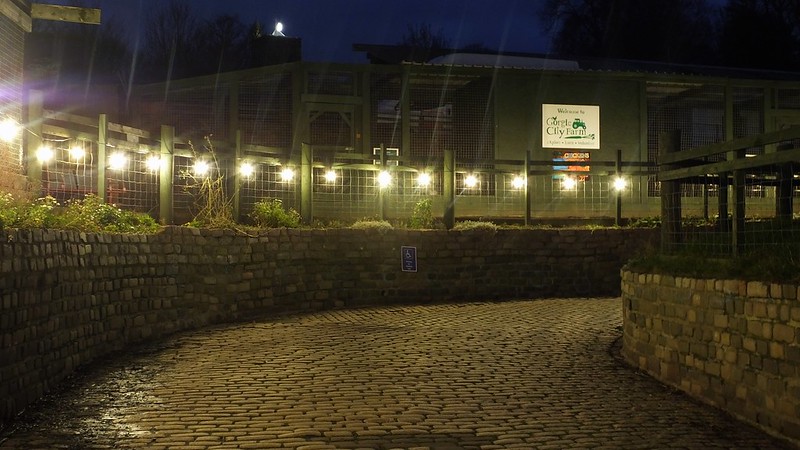 Either the mental health charity Love Learning Scotland or the owner of East Links Family Park may take over the community farm, which went into liquidation last year

THE TWO BIDDERS currently being considered to take over Gorgie City Farm, which has faced an uncertain future since going into liquidation last year, have provided details of their plans for the Edinburgh institution, should they be selected to take it over.

There was shock and dismay from many Edinburgh residents last November when the farm, which has welcomed roughly 200,000 visitors a year since narrowly escaping closure in 2016, was forced to shut down after 40 years, at the expense of 18 jobs.

Community support led to a crowdfunder aimed at saving the farm, which quickly raised over £100,000.

The homelessness charity Cyrenians, which operates another community farm just outside Edinburgh, had previously expressed an interest, but has now withdrawn from the bidding process.

Love Learning Scotland CEO Lynn Bell told CommonSpace: “We want to bring LOVE back to the farm and wider community. Our charity operates by ‘Bridging the gap between education and social care’.

“We plan to use the farm as it is existing but bringing the community directly back to running it through volunteering and education.

“We have a sustainable plan through the corporate activities we carry out. Including care and accredited learning services.”

Bell also confirmed that, should Love Learning Scotland’s bid be successful, none of the farm’s animals would be slaughtered, but would instead be used for animal therapy; educational syntropic farm and environmental projects for schools would be initiated, along with carbon reduction projects; and modern apprenticeships, accredited learning, and mental health education and support would be provided.

Also speaking to CommonSpace, Grant Bell of East Links Family Park commented that the farm needed very little work done to get it ready to reopen, saying: “If you remember, the Queen was only round Gorgie City Farm in July. The place doesn’t really need a whole lot done to it – it’s just needing a bit of polish and tidying up. So, get it back up [and] keep it the same as it was.

“I spent a bit of time in Gorgie Road, going into cafes and speaking to mummies, and the consensus seemed to be that they wouldn’t mind paying a little fee to go in, and they couldn’t understand why that hadn’t happened in the past, because that might have saved it. They also said they’d like a nice place to have some coffee where they could see the kids play. There’s not a lot of complaints about it at all – most of it is just ‘get it open again, and give us a nice cup of coffee’.

Bell continued: “What we’re doing is setting up what’s called a ‘community interest company’, which means all the money raised within the company is used within Gorgie City Farm, and/or the local community.

“We’re going to try and make it work. We’re not going to be employing ten managers to sit upstairs, phoning around the world looking for donations. We’re going to ask the people of Edinburgh to put a little bit in the kitty, and then we’re going to go out and get a charity partner who can open what would best suit them, according to their needs.

“Obviously, I have a particular set of skills as far as open farms go, so I hope I can make it work.”

A decision on the future of Gorgie City Farm is expected by the end of January.