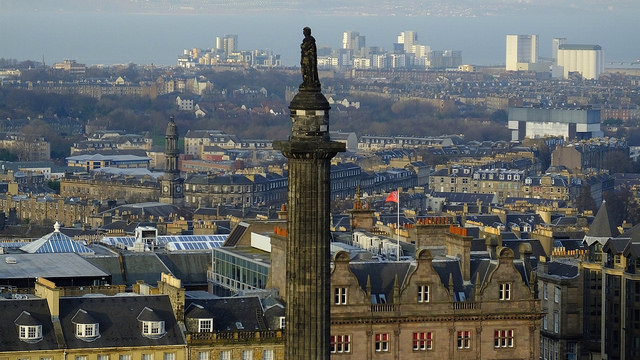 HISTORIAN, AUTHOR and The National columnist Michael Fry has come under fire for defending controversial 18-19th century Scottish politician Henry Dundas’ role in securing a delay in the abolition of slavery in Britain as a “tiny, minor incident”.

As home secretary, in 1792 Dundas secured an amendment to William Wilberforce’s bid for the abolition of slavery which ensured the process would be ‘gradual’ – a decision which saw slavery continue for another 15 years, resulting in an estimated 630,000 additional people being enslaved and imported by Britain.

As the current plaque in Edinburgh reads, Dundas, the first Viscount Melville, was the “dominant figure in politics for over four decades”, treasurer to the navy, lord advocate, and keeper of the Scottish signet. Dundas also served as minister for war during the French revolutionary wars.

Fry, who has written a book on Dundas entitled The Dundas Despotism, is sitting on a panel convened by Edinburgh City Council to consider proposals to revise the plaque on a statue of Dundas in Edinburgh’s St Andrews Square to reflect his role in the slave trade.

Speaking to Channel Four on the issue this week, Fry said: “[Dundas] judged that the right thing to do was just to damp down the whole business so that nobody got too excited about it. That was his purpose because there was no point in having an economy previously based on slavery collapse. That would have served nobody’s interests at all.”

READ MORE: Adam Ramsay: Why, thanks to Alex Salmond, I’m honouring our tyrants in Edinburgh

Fry argued that amending the plaque to include these details would amount to “choosing a tiny, minor incident and saying this is what you need to know about Dundas”. “I don’t think that’s true,” he added.

However, emeritus professor in life sciences at Heriot-Watt University and author of a 2007 book on the history of slavery Sir Geoff Palmer, who is also on the panel regarding the plaque, said Fry’s assessment of the costs and benefits of Dundas’ decision on slavery was “completely unacceptable”

Noting that Fry’s book on Dundas allocated “only one page to the abolition of slavery”, Palmer said his position on the issue had remained “quite consistent”.

“Fry is caught in a mindset that is completely out of this time – it doesn’t belong to our society,” Palmer told CommonSpace. “I think where he’s coming from is that he regards the so-called French revolution as more important than putting 600,000 black people into slavery.”

This, he said, is precisely the reasoning which allowed the slave trade to continue for as long as it did, with disastrous impacts for those affected. “Fry’s view is that it was of great economic benefit and it didn’t really matter what you did to 800,000 slaves in the Caribbean – that’s how many slaves Britain owned at that time,” he said.

Prime Minister William Pitt the Younger, under whom Dundas served, opposed the proposition to make the abolition a gradual process – but it passed in parliament nonetheless.

Reflecting on Dundas’ meaning of the term ‘gradual’ in this context, Pitt said its aim was “prescribing some condition, waiting for some contingency, or by refusing to proceed, till a thousand favourable circumstances unite together”. In effect, it was a delaying tactic and was always intended as such.

Palmer said he “completely reject[ed]” Fry’s view that the abolition of slavery would have served “nobody’s interests”, arguing instead that its maintenance served only the self-interests of the establishment and aristocracy.

“The people Henry Dundas was giving support to were slave owners. He’s making that statement and applying it to all British people at the time who had nothing to do with law-making, who didn’t even have the right to vote,” Palmer said. “It’s an affront to use that to talk about the population.”

In fact, Palmer said that the actions of Dundas and others who upheld the slave trade had consequences which reverberate today. “We’re living the future of the past,” he said.

“Today a significant percentage of black people are in prison, and black kids are killing each other – that’s not because the past was rosy.”

The debate over Dundas’ historical significance and how best to commemorate it was brought to the fore in 2016 when activist and Open Democracy co-editor Adam Ramsay glued his own plaque to the bottom of the statue, stating that he “crushed rebellious demands for democracy”, was “impeached for the embezzlement of public funds”, and “succeeded in delaying the abolition of slavery”.

Now, Ramsay sits on the panel which is considering the updated wording, alongside Dundas’ descendant, Bobby Melville, the 10th Viscount Melville. A decision on the plaque is due to be reached in September.