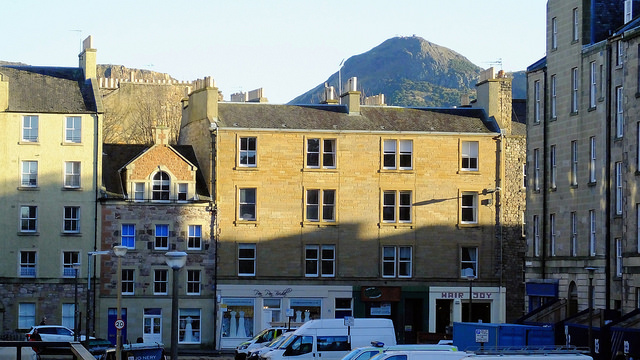 According to Edinburgh City Council figures, there is now one Airbnb listing for every 54 Edinburgh residents

EDINBURGH has a higher concentration of Airbnb listings than London, Paris or New York, it has been revealed.

According to research by Scottish Green activist Gordon Crawford – based on figures from an Edinburgh City Council paper published in May of this year on the council’s commitment to progress on a Transient Visitor Levy or ‘tourist tax’ – the concentration of Edinburgh properties listed under the short-term letting service is roughly four times greater than in London or Paris and eight times greater than in New York City.

Susan Rae, Scottish Green councillor for the Edinburgh ward of Leith Walk, told CommonSpace that such concentration levels do not surprise her, saying that the rising prevalence of Airbnb in Edinburgh had made things “increasingly difficult” for local people.

Rae said: “It’s been very clear, particularly over the last nine months, that people who have lived  – particularly in my ward – for long periods of time, for decades, in private sector rentals have lost their homes. They’ve had to move out, and they can’t find a new home in Leith or Leith Walk that they can afford, because the landlords are taking the housing back – ostensibly to renovate, or because they want the flat back to sell, but it’s just not happening. They’re being turned into Airbnb properties.”

“We’ve got a huge housing crisis, and the rush to try and get more Airbnbs before any legislation comes through has heightened that now. I’m hoping very much the push for rent pressure zones, the push for new legislation, the push for registration of landlords will be strengthened by this.

In November last year, Scottish Green MSP and founder of the ‘Home First’ campaign Andy Wightman called on the Scottish Government to consider more aggressive regulation and legislation to tackle the effects of Scotland’s rising levels of short term lets, a phenomenon fed significantly by the Airbnb boom.

Echoing Rae’s accounts of her constituents’ difficulties, Wightman has also argued that investors are frequently out-bidding families for residential properties in order to convert them into short term lets, a practice which Wightman alleges often includes the flouting of planning permission and title deeds which prohibits changes of use relating to business purposes.

Commenting at the time, Wightman said: “The rapid rise in short-term lets is starting to undermine the basic human right to housing.

“There is now a staggering number of residential homes that are now effectively being markets as hotels with no planning permission, no safety regulations and no regard to families living in close proximity to them. This adds further pressure on local housing markets, and deprives local councils of income from the non-domestic rates businesses are supposed to pay.

“These are vital funds that could pay for local community facilities and services including schools, libraries and social care. The current system is fundamentally flawed.

“Undoubtedly short-term lets are here to stay but with effective legislation in place, communities can co-exist with this form of letting to ensure that more homes are not lost to greedy speculators.”