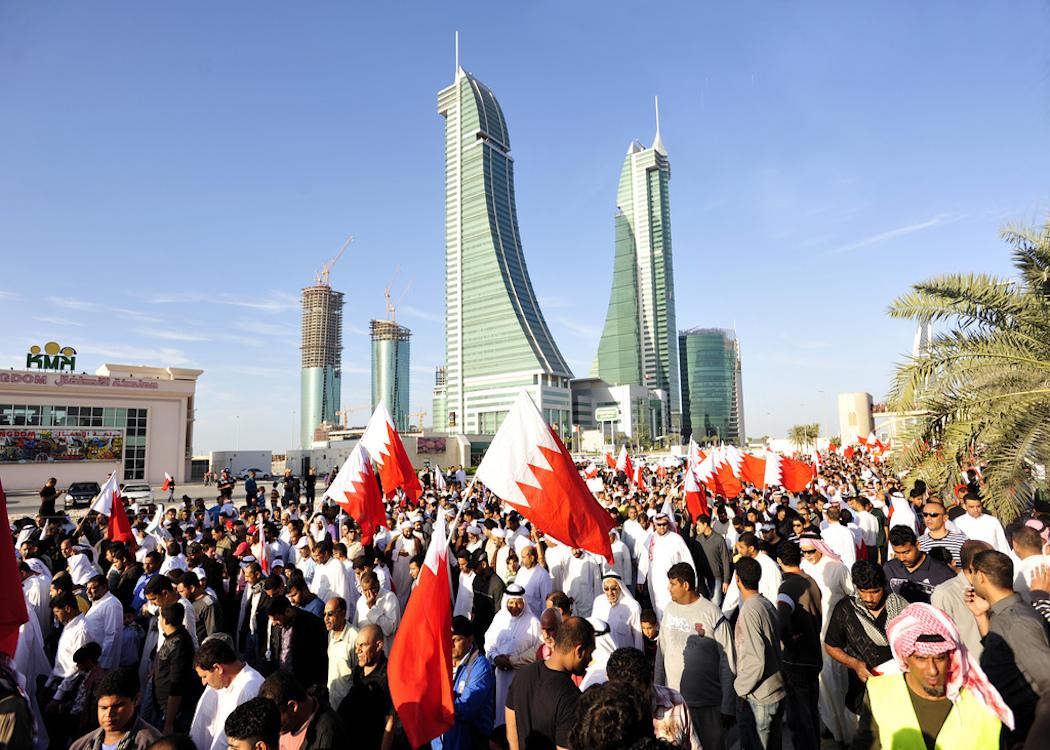 THE BASE constructed by the UK military in the Gulf state of Bahrain may be unable to dock the new PS6.2bn naval aircraft carriers.

Douglas Chapman MP, who represents the Rosyth shipbuilding base, has called for clarification on the risks of the Bahrain port, which may not be deep enough to host the flagship naval vessels.

The new military port has already attracted controversy as it represents close military cooperation between the UK and the Bahrain regime, which has committed numerous human rights abuses.

Chapman said: “If the new aircraft carriers can’t deploy in Bahrain in a safe manner, it’s a real embarrassment for the Ministry of Defence.

“As a member of the Defence Select Committee, I’ve heard evidence that indicates Royal Navy ships, including the carriers, could be deployed in the Gulf on a more regular basis as the US Navy changes focus or ‘pivots’ to Asia.

“I want assurances from the government that they will ensure that the carriers have a clear role and are able to dock safely in Bahrain.

“This also throws into the spotlight the UK Government’s relationship with Bahrain, who are financing the construction of this facility at a time when human rights groups have called into question the Bahraini regime. That the MoD has been unable to ensure that such a controversial project would fulfil the needs of the Royal Navy only compounds this embarrassment.”

The Bahrain base threatens to become the fourth foreign policy scandal in the last year for the UK Government, following sales of arms to 28 abusive countries , reports of UK airstrikes killing civilians in Iraq and of UK complicity in Saudi war crimes .

In 2013, Human Rights Watch reported: “Bahrain has spent the last two years cracking down on peaceful protest, violating people’s rights from start to finish. Now it’s planning a whole new set of draconian restrictions, effectively creating a new state of emergency, even while peaceful protesters from the last round are sitting in prison with long sentences.”

The deal with Bahrain to establish a UK naval base at Mina Salman was signed in December 2014, and has faced opposition from human rights campaigners.

Sayed Ahmed Alwadaei, director of Advocacy at the Bahrain Institute for Rights and Democracy, previously stated that: “All the British government’s policies show is a commitment to military expansion at the cost of human rights.”

In March 2011 UK-supplied armoured vehicles were used to repress democracy protestors in Bahrain.

The regime is led by King Shaikh Hamad bin Isa Al Khalifa and an unelected prime minister, the uncle of the current king, who has held the role for 45 years.