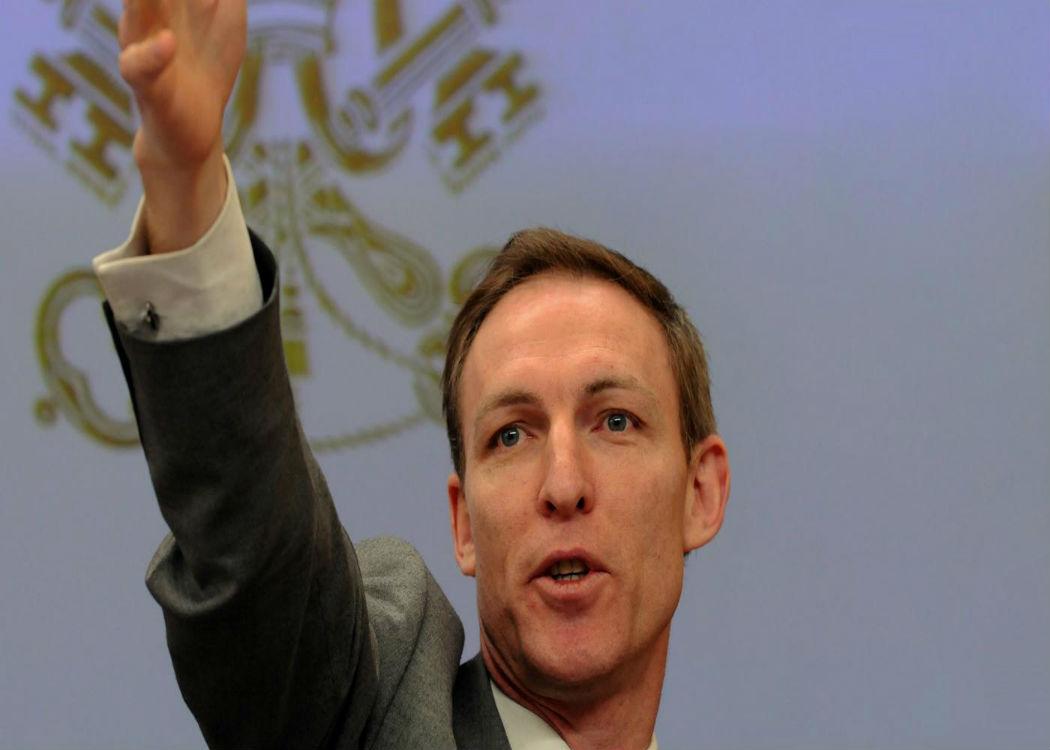 SCOTTISH Labour’s new leader, Jim Murphy, has been criticised for his links to a controversial neoconservative think-tank.

The East Renfrewshire MP sits on the political advisory board of the Henry Jackson Society (HJS) and has delivered speeches for the group on several occasions.

“It is well known that Murphy supported the Iraq war and has never been a particularly vocal defender of human rights,” Niall McLuskey QC

McCluskey said: “I would like Murphy to clarify his position. His affiliation with the Henry Jackson Society is concerning, particularly in light of the Islamophobic comments made by its director Douglas Murray. It is well known that Murphy supported the Iraq war and has never been a particularly vocal defender of human rights. This raises more question marks.”

When Murphy addressed the society in a speech in 2012, he declared that the “the values and principles the HJS seeks to promote are those which we all believe should shape our security policy”.

While acknowledging that after the wars in Iraq and Afghanistan the British public were “weary and wary of military intervention”, he went on to say that “we must also avoid against one and a half unpopular wars leading to a permanently unpopular concept” [sic].

“Conditions for Muslims in Europe must be made harder across the board,” Douglas Murray, Associate Director, Henry Jackson Society

The associate director of the society, Douglas Murray, is on record for saying that “conditions for Muslims in Europe must be made harder across the board” and referring to the English Defence League as the kind of “grassroots response” to Islamism that he would like to see.

Most recently, speaking on the BBC’s This Week on 11 December, Murray criticised the US Senate report which outlined the CIA’s use of torture techniques, saying that critics were trying to “criminalise the intelligence services” and that “torture isn’t just torture, its by degrees”.

A former senior member of the HJS, Marko Atilla Hoare, told the Guardian last year that he left because “it rapidly became clear that Murray had not tamed his politics, and that actually they were becoming the politics of the whole organisation”.

Dr Ahmed has told CommonSpace that he sees Douglas Murray as “effectively a white supremacist”.

“Murray openly talks about how the white population in London is being drowned out,” says Ahmed. “Whatever one makes of immigration, that kind of language is deeply worrying and indicative of racism.

“Does Jim Murphy endorse Douglas Murray views that there are not enough white people in London? It’s definitely a concern for me.”

When Murphy defeated Neil Findlay and Sarah Boyack to win the Labour leadership on Saturday, he proclaimed that ending inequality was his “driving purpose”.

However Ahmed says that his membership of the HJS is incompatible with his stated progressive ambitions.

“The Henry Jackson Society are essentially a trojan horse for the neo-cons,” he said. “They are quite clear that they promote an interventionist foreign policy in the Middle East. They are quite clear that they they are very pro free market and pro deregulation of the banks. Indeed they do a lot of consultancy work for fossil fuels corporations and lobby on their behalf. If Murphy is talking about the need for less inequality then the Henry Jackson Society is totally the wrong organisation to be a part of.”

Picture courtesy of Catholic Church of England and Wales