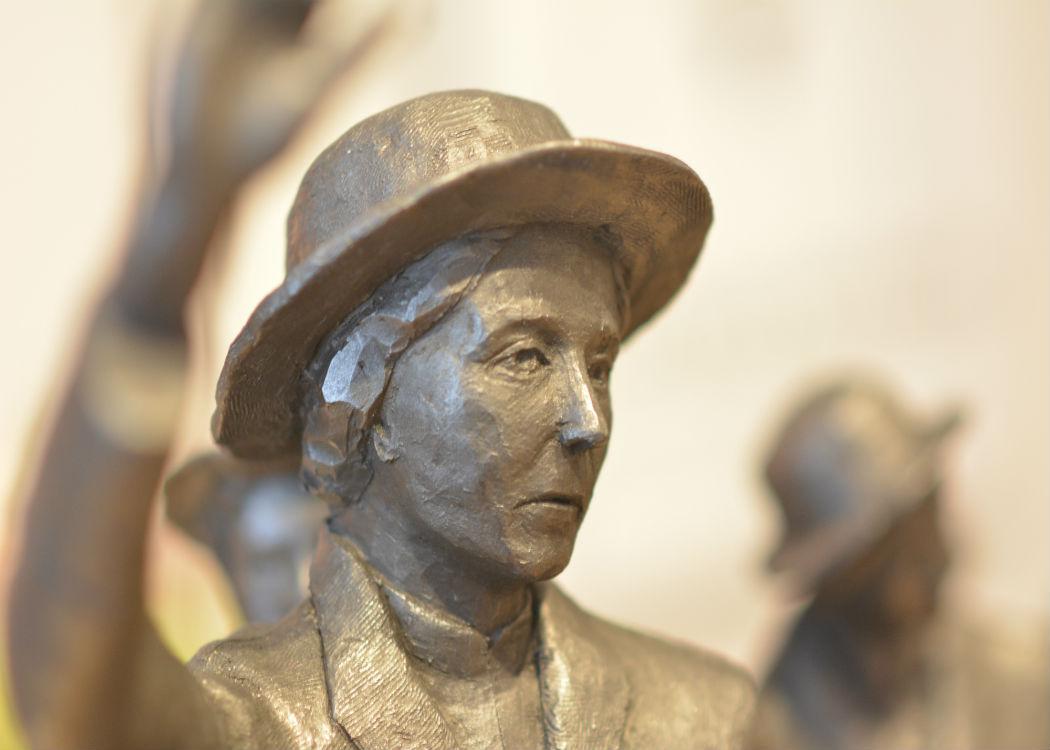 20/01/2016
david
Money to be raised for monument of famous Glasgow socialist
THE ARTISTS for a concert to raise funds for a statue of famous Glasgow campaigner Mary Barbour have been announced.
The concert, which will be held at Glasgow’s Old Fruitmarket on Sunday 21 February, will see a range of musical talent come together to raise funds and celebrate the life of Barbour, whose most famous exploits included her leadership of the Glasgow rent strike and her work as a councillor and social reformer in the city.
Acts on the night will include folk legends Sheena Wellington, Arthur Johnstone, the Whistlebinkies, and political folk-rock band The Wakes. A Govan-based amateur choir – the Govan Allsorts – will represent Barbour’s erstwhile community at the gala concert.
Compere for the night Susan Morrison said: “It has long been the case that the role of women activists in the struggle for decent conditions has been overlooked. It is great that we are helping an important move to redress that and that so many wonderful artists are keen to help.”
Chair of the Remember Mary Barbour Association Maria Fyfe said: “This concert has taken off and looks like being a superb celebration of Mary’s life and work. Isn’t this a great way to raise much needed funds, display the huge support for this project and have a great night out?”
Barbour was one of the leaders of the militant socialist movement that risked state persecution to forward the demands of the working class during the first world war.
Campaigners hope that the erection of a statue of Barbour in Govan will help address the lack of monuments to and recognition of the achievements of working class women.
Only four statues of women exist in Glasgow; of the 12 in George Square, only woman depicts a woman – Queen Victoria.
Five models for the proposed statue have been designed by five artists and have been toured across Scotland since November. I final design will be chosen after the end of the tour in February.
CommonSpace journalism is completely free from the influence of advertisers and is only possible with your continued support. Please contribute a monthly amount towards our costs . Build the Scotland you want to live in – support our new media.
Picture courtesy of Stephen Fyfe and Remember Mary Barbour
Common Space
Archive
Share Article: