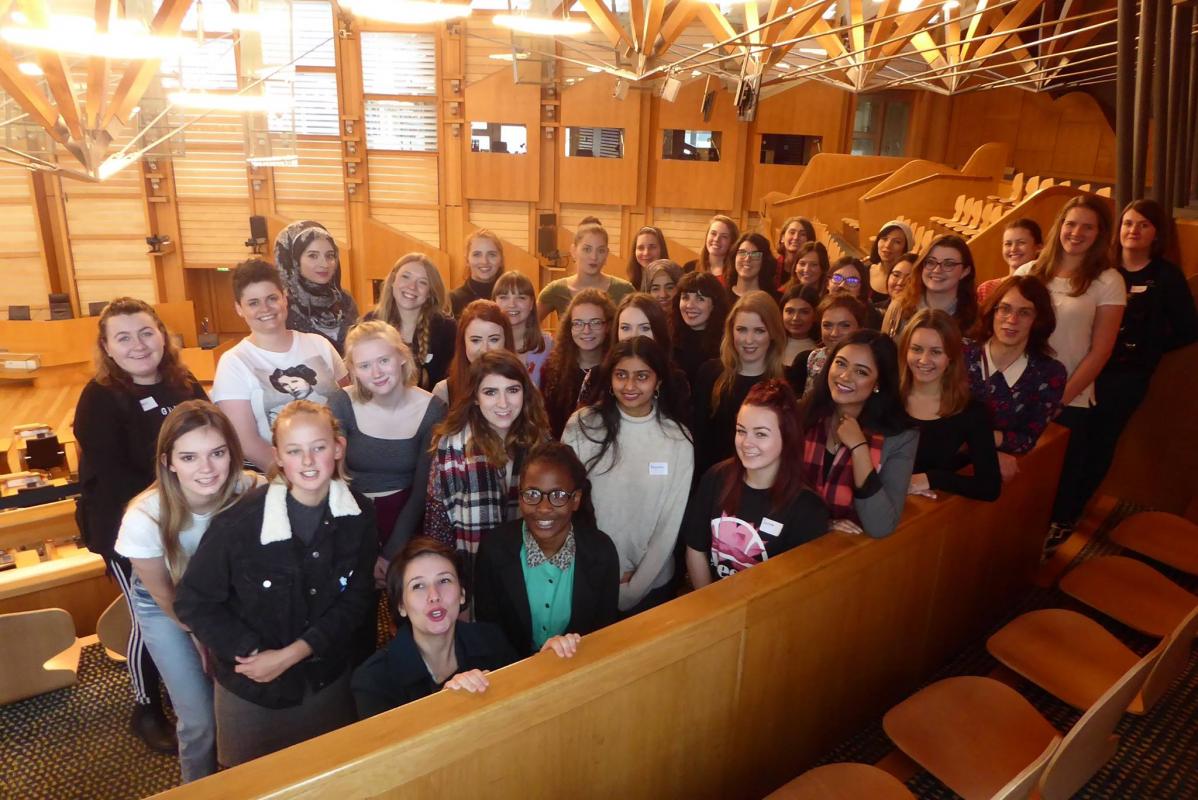 A CONSULATION into sexual harassment and gender based bullying in Scottish schools has been launched as part of a young women’s political leadership programme.

Young Women Lead, established by feminist organisation The Young Women’s Movement, is giving a group of women aged 15 to 30 the chance to run their own mock committees at the Scottish Parliament – and the participants are gathering real evidence to inform their recommendations.

The young women chose to explore the issue of sexual harassment in schools, and are seeking the views of teachers and self-identifying young women and girls currently at school in Scotland through surveys, focus groups, and a social media campaign.

Speaking to CommonSpace, Young Women Lead participant Elena Soper said the chosen theme of the investigation held particular resonance for her. “The importance of the Young Women’s Lead Committee’s investigation is something I know all too well,” she said.

“As a survivor of sexual assault and gender based bullying at school in Scotland, I am excited to be part of a process that we hope will create real change in our education system.”

Soper, aged 26, lives in Edinburgh and works as an office manager, while also volunteering as a school speaker for Amnesty International.

The political timing, Soper said, could be an asset to the group’s efforts to call attention to the issue. “With the current focus on sexual harassment on the back of the MeToo and Time’s Up campaigns, as well as the investigations within our own parliament, there couldn’t be a better time to be having this conversation,” she said.

“We know that sexual harassment can start from an early age and continue on into adulthood, and it’s our aim to shine a light on that.”

Soper is hopeful that the work of Young Women Lead can make a real difference to policy on the issue, and set change in motion that will extend well beyond the school gates.

“We want to begin a movement where we look at how we can start combating this very serious issue from its beginnings in education, through processes such as codes of conduct, school support networks and compulsory lessons,” she said.

“For me personally, it brings me hope for the future that if we create a better understanding around what constitutes as sexual harassment and how to deal with it at an early age, it will have a ripple effect in universities and the workplace, and signpost societal change.”

The investigation’s launch coincides with the publication of an Equality and Human Rights Commission report on sexual harassment in the workplace, which found that around half of people who had experienced harassment had never reported it, while around half of those who did said nothing was done about it.

The EHRC has called on the UK Government to step in by placing a duty on employers to take steps to protect workers from harassment and victimisation and by introducing legislation to ban the use of non-disclosure agreements by employers to “sweep sexual harassment under the carpet and protect their reputation”.

Going to school is an important part of growing up. It shouldn’t be a burden. Tell us about your experiences. #ScotSchoolVAWG

Patrycja Kupiec, director of The Young Women’s Movement said the Young Women lead investigation was “timely and much needed”, and that she felt confident that their recommendations would “bring about a real change”.

She added: “It is beyond inspiring and a real privilege to see the participants take up space at the Scottish Parliament and speak up about the issues they face because of gender inequality.

“Seeing this group of amazing kickass diverse women coming together as one, supporting each other, and driving this project forward makes me really excited and positive about the future.

“Earlier this year, we’ve celebrated 100 years of some women in the UK getting the vote, and I know that our suffragette sisters would have been as proud of Young Women Lead as I am.”

The purpose of the leadership programme is to educate and promote the role of women in Scottish politics.

The evidence gathered will be presented to the mock committee, chaired by deputy presiding officer Linda Fabiani, at the next meeting on April 20. The meeting will be live-streamed on the Scottish Parliament Facebook page.