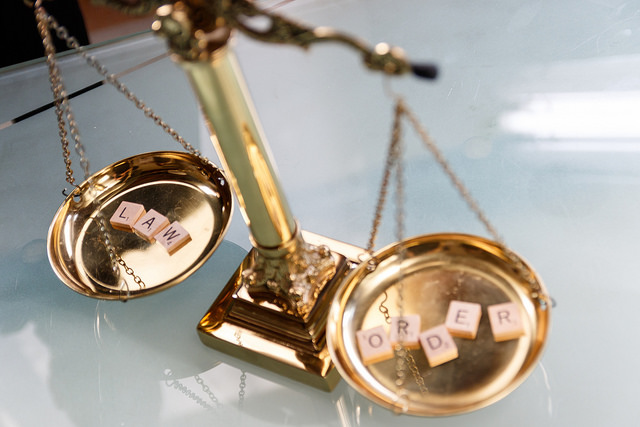 THE LAW SOCIETY OF SCOTLAND and the Scottish Human Rights Commission have called on the Scottish Government to prioritise equal access to legal assistance following the announcement of the 2018/19 budget late last year, which revealed that legal aid funding – which provides access to legal support for those who can’t afford to pay – will continue to fall in real terms.

With inflation sitting at 2.9 per cent, the total legal aid budget would need to be £141.2m to maintain the same level of funding in real terms – and the Law Society of Scotland has been raising concerns for some time that both the budget and the fee levels for legal aid solicitors are inadequate.

Marina Sinclair Chin, civil policy manager for Law Society Scotland told CommonSpace: “There has been a long term, real terms decline in funding for legal aid, and continuing constraints on the budget are making it harder to get legal advice to people who need it.

“There are areas where there are no legal aid practices, or none which provide legal aid for that type of legal issue.” Marina Sinclair Chin, Law Society of Scotland

“We are extremely fortunate in Scotland that the legal aid budget is an uncapped budget, so if £130m is spent on legal aid instead of £126m, this will be provided for, which is not the case in England and Wales.

“However, if they put forward a budget at that level, it puts pressure on to keep fees down. There has been long term, real terms pressure on legal aid fee rates, and some of them haven’t been updated in 20 years.

Sinclair Chin stressed that this was vital to ensuring equality of access to legal services across Scotland. While everyone who requires legal aid can be funded due to the uncapped budget, she explained: “It’s still necessary for each of these people to find a person to take a case under legal aid.

“The system makes it harder and harder for firms to provide legal aid because it’s not sustainable for lawyers to be taking on these cases.

“There are areas where there are no legal aid practices, or none which provide legal aid for that type of legal issue.”

Sinclair noted that it was important to acknowledge that the complexity and procedures involved in each case determines the amount of work required.

“Legal aid is a really fundamental part of having a more equal and fair society in Scotland.” Marina Sinclair Chin, Law Society of Scotland

This, Sinclair Chin said, is a sign of how much solicitors care about ensuring legal assistance can be provided to those unable to pay, but the situation is not sustainable.

“Having proper access to legal aid for people entitled to it is one of the underpinning features of a functioning legal system which respects the rule of law and upholds our history,” she said.

“It’s a really fundamental part of having a more equal and fair society in Scotland – it shouldn’t matter what part of the country you’re in or what legal problem you are having.”

A further report by the Law Society of Scotland published in November 2017 identified a high ‘social return on investment’ in legal aid. Sinclair Chin explained that this not only included savings from the justice budget, but also money saved from people staying in their homes and staying in jobs, relieving pressure on local authorities, the NHS and other services.

In housing cases, such as evictions or mortgage arrears, £1 of investment was found to result in an £11 return, £1 invested in family related cases or in criminal cases resulted in a £5 return.

Sinclair Chin added: “Scotland genuinely does have a very good legal aid system. The thing is, we want it to stay that way and to modernise it to make it fit for the long term future.” At present, she said, the system simply isn’t “keeping up”.

Kavita Chetty, head of strategy and legal at the Scottish Human Rights Commission also commented on the budget constraints, arguing that the human rights could be undermined if care is not taken to ensure equal access to legal assistance.

“It is imperative that access to justice is not impaired, particularly for people on low incomes and other marginalised groups.” Kavita Chetty, Scottish Human Rights Commission

Chetty said: “Through the UK’s Human Rights Act, every person in Scotland is entitled to legal aid for a lawyer if they cannot afford one and it is needed for justice to be served.

“Even in times of financial constraint it is essential to maintain a fair, high quality and equitable system of legal assistance which maintains public confidence and guarantees access to justice. It is imperative that access to justice is not impaired, particularly for people on low incomes and other marginalised groups.

“With tighter budgets across the public sector, we hope the Scottish Government listens to the recent calls from the Scottish Parliament’s Equality and Human Rights Committee to ensure that they take a human rights based approach to all budgeting decisions which impact human rights such as this.”

An independent review of legal aid, commissioned by the Scottish Government, is currently underway and expected to conclude early this year.

A spokesperson for the Scottish Government responded to the criticisms: “The legal aid system in Scotland is demand-led and all of those who meet the eligibility criteria will have access to legal aid, regardless of the allocated budget.

“Unlike in England and Wales, the Scottish Government has kept legal aid provisions to help with family, medical, housing and welfare benefits problems.

“The vast majority of fees – around 94 per cent – have increased over the period.”