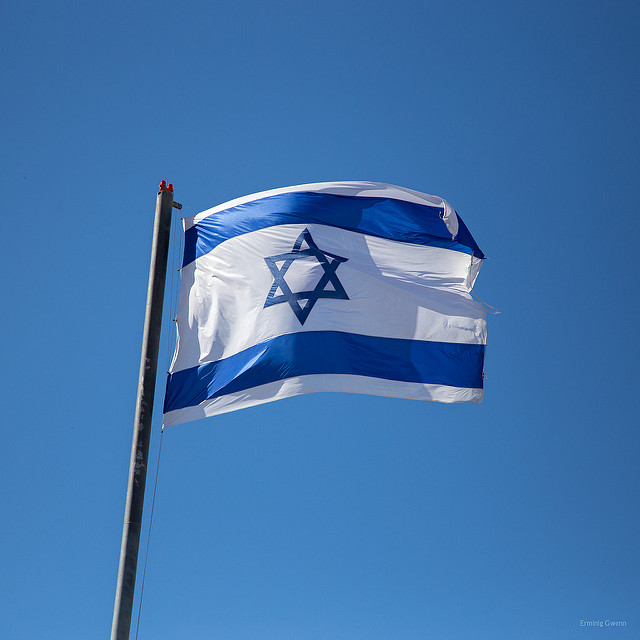 A CONTROVERSIAL festival promoting “Israeli diversity” and “peaceful coexistence” has finished its three-day run after counter-protests from those who say it is “whitewashing” Israel’s crimes against Palestinians.

The International Shalom Festival, a series of arts events organised by the Confederation of Friends of Israel-Scotland as part of the Edinburgh Fringe, was organised to celebrate “Israel’s rich cultural diversity and showing that peaceful coexistence is already the chosen reality for many of its people”.

Pro-Palestinian supporters of the Boycott, Divestment and Sanctions movement said the real aim of the Festival, which is backed by Israel’s UK embassy, was not to promote peace but to support “the apartheid state of Israel and its occupation”, and criticised SNP figures who backed the Festival.

Israel’s military has illegally controlled the Palestinian territories of the West Bank and Gaza since 1967, with the settler-colonial expansion of Israeli settlements into the West Bank increasing rapidly this year, despite a UN resolution last year stating they must stop.

Outside of the festival’s launch at Edinburgh’s Drummond High School, 20-30 demonstrators, including members of the Scottish Palestine Solidarity Campaign (SPSC), protested under the eye of a heavy police presence. While the protest was kept beyond the school gates, Edinburgh’s Lord Provost Donald Wilson attended the event within.

“How does the SNP Lord Provost attend when his own party has called for an arms embargo against the state that’s being celebrated?” Mick Napier, chair of the Scottish Palestine Solidarity Campaign

Mick Napier, chair of the SPSC, addressed the assembled protestors via loudspeaker. “The Scottish Government called for an arms embargo against Israel three years ago, following the massacre of 2,200 Palestinians, including 551 children,” Napier said. “The organisers of the festival are dancing on the graves of those Palestinians who were butchered.”

“How can the SNP Lord Provost attend when his own party has called for an arms embargo against the state that’s being celebrated?”

In 2016, the Shalom Festival also faced demonstrations during its inaugural year, and showcased Incubator Theatre, a Jerusalem-based theatre company whose 2014 show was cancelled due to political protests, including an open letter signed by fifty Scottish cultural figures including David Greig, Liz Lochhead and Alasdair Gray. Incubator Theatre has returned to the Shalom Festival this year.

“We call for a boycott of the misnamed “Shalom Festival”, which promotes, not “peace”, but the apartheid State of Israel and its occupation.” Open letter to the Sunday Herald

On 30 July, a similar open letter was published in the Sunday Herald, co-signed by Sunday Herald theatre critic Mark Brown, as well as director Ken Loach, writer Paul Laverty, actor Gavin Mitchell and a variety of other artists, activists and media professionals.

The letter argued: “The “Shalom Festival” is part of the State of Israel’s attempts to counter BDS. It claims to support “peaceful coexistence” in Israel/Palestine, while whitewashing Israel’s violations of Palestinian rights. This is the language of the Israeli state itself, and is code for continued occupation and oppression of the Palestinian people and the ongoing denial of the right of return of millions of Palestinian refugees.

We call for a boycott of the misnamed “Shalom Festival”, which promotes, not “peace”, but the apartheid State of Israel and its occupation.”

“I don’t see anti-Semitism here, but if I did, I’d be the first to call it out.” Kimberly, SPSC activist

Kimberley, an activist from the Scottish Palestine Solidarity Campaign, who was involved in last year’s protest against the Shalom Festival, told CommonSpace: “My main objection to the event today is that one of the sponsors is the Israeli embassy. That’s our sole objection. We don’t believe that, particularly in one of the city’s schools, a state that was responsible for killing 551 children three years ago is now being hosted. It’s shocking.”

When asked if her objection would cease if funding from the Israeli state was removed, she answered: “Absolutely.”

Describing how their protests have been characterised, Kimberly said: “Last year, there was a report in the Jewish Chronicle I believe, which they were forced to change because they said there were Nazi salutes outside at our protest. And it wasn’t the case – there was massive police presence, like there is today, and it didn’t happen.”

Kimberly argued that the Scottish Palestine Solidarity Campaign is “an anti-racist campaign, so the very notion that we would do that is ridiculous. It does not stand in our campaign.

“I think the BDS movement has made massive gains, but it’s also been attacked. People have tried to say there’s anti-Semitism and that’s why the movement exists. For me personally, coming out to protest and mixing with the Left, I don’t see anti-Semitism here, but if I did, I’d be the first to call it out.”

“Unlike last year, the demonstrations had absolutely no impact. They were invisible.” Sammy Stein, Glasgow Friends of Israel chair and Shalom Festival organiser

Sammy Stein, chair of the Glasgow Friends of Israel and one of the organisers of the Shalom Festival, later told CommonSpace that the festival had been “more successful than we had hoped for a number of reasons. It’s been more successful than last year because last year we had a one day festival, and this year we’ve had three days. We’ve had a really good footfall, and this year we’ve had endorsements not only from Nicola Sturgeon, but also from Kezia Dugdale and Ruth Davidson.

“The other reason it was very successful was that, unlike last year, the demonstrations had absolutely no impact. They were invisible.

“Last year, there was the most vile, hostile demonstration you’d ever have the misfortune to see in Scotland. They would scream and shout at you as you came in, and many people were upset, especially the older people and some of the children.

“This year, firstly, they were well away from the actual building, and there were only 20 of them or so. As far as I was concerned, they were negligible part of what’s been happening. We thought of including them as part of our interactive exhibits, but unfortunately, they didn’t come back on Wednesday and Thursday to let us do that.”

“They do receive support from the Israeli Ministry of Culture, as do theatre groups all over the world including Scotland. But even if you didn’t like that, that’s no reason to boycott the whole festival.” Sammy Stein, Glasgow Friends of Israel chair and Shalom Festival organiser

When questioned about the protestors’ claims regarding backing by the Israeli embassy, Stein responded: “There’s been absolutely no funding whatsoever from the Israeli embassy. The funding has coming mostly from individuals living in Scotland. I can’t make it any clearer than that.

“People like Sammy, who are by their own admission members of pro-Israel lobby groups, have set up an organisation to invite state-funded companies like Incubator Theatre who are attempting to break the boycott of Israel, and to portray Israel as a democratic, multi-ethnic state, whereas actually it should be clear to anyone it’s an apartheid state.” Mark Brown, Sunday Herald theatre critic

Stein claimed that, when he went to speak to the demonstrators and asked if they knew what was going on inside, they told him they did not. Stein also said he invited them inside, but they refused.

On 9 August, Stein clashed with Mark Brown in a debate held on BBC Radio Scotland, in which Brown stated that the Shalom Festival “is a direct response to the Boycott, Divestment and Sanctions Movement against the state of Israel.

“People like Sammy, who are by their own admission members of pro-Israel lobby groups, have set up an organisation to invite state-funded companies like Incubator Theatre who are attempting to break the boycott of Israel, and to portray Israel as a democratic, multi-ethnic state, whereas actually it should be clear to anyone it’s an apartheid state.”

Stein responded by accusing Brown of trying to ban a cultural event.

The BDS campaign has grown in influence over the past several years, and continues to attract both support and controversy internationally.

Recently, the Democratic Socialists of America, a 25,000-member political organisation which has seen vastly increased membership since the 2016 US presidential election, overwhelmingly voted at their annual conference in Chicago to endorse BDS.

In the United States Congress, 32 Republicans and 15 Democrats are currently supporting the proposed Israel Anti-Boycott Act, which would make support for BDS a felony , punishable by penalties up to $1 million dollars and 20 years in prison. The American Civil Liberties Union has called the bill a “direct violation of the First Amendment.”

The BDS movement calls for the right of return of all Palestinian refugees, equal rights for Palestinian citizens of Israel, and an end to the occupation and settler-colonisation of Palestinian land and the Golan Heights.