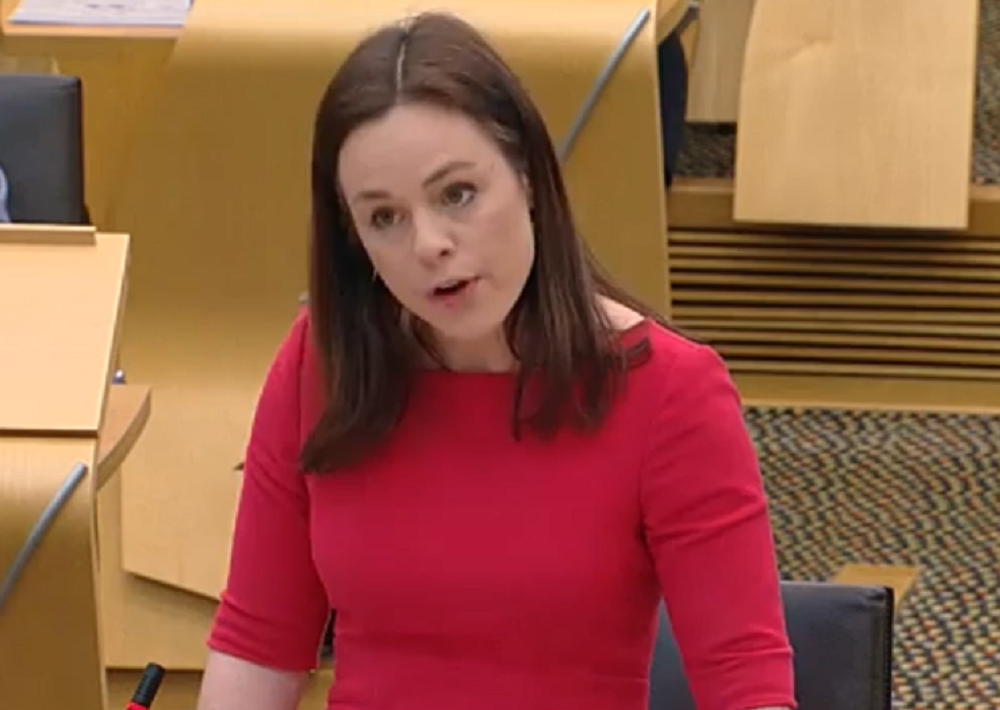 THE SPECTRE of the upcoming UN climate change summit in Glasgow loomed large in this year’s extraordinary Scottish budget, which contained a range of commitments to green investment.

Health, social care and measures against child poverty were also central aspects of the latest budget, as well as the announcement from the Scottish Government that it would not be altering income tax rates.

In a break with traditional practice, spending plans were unveiled before the UK budget, in a bid to provide “stability” to Scottish local authorities. The budget was also delivered by public finance minister Kate Forbes after the sudden resignation of former finance secretary Derek Mackay, who stood down today (6 February) following revelations that he sent a series of inappropriate text messages to a 16-year-old boy.

In her budget speech before Holyrood today, Forbes said: “This Budget confirms that the Scottish Government will play its part, guided by the expert advice provided by the Committee on Climate Change and the Climate Emergency Response Group.

“I can therefore announce that we are meeting our pledge to increase the proportion of investment directed towards low carbon infrastructure each year, with £1.8 billion of capital investment in specific projects to reduce emissions.

That is an increase in low carbon capital investment of over £500 million compared with last year.”

In their questions to Forbes after the announcement, both Scottish Labour and Scottish Green MSPs criticised the failure to include free bus travel for under-25s. Both parties claimed the budget did not go far enough in terms of either social justice or as a response to the climate crisis.

Scottish Labour finance, jobs and fair work spokesperson Rhoda Grant MSP said: “Despite the additional powers that have come to the Scottish Parliament over the last decade the SNP Government have failed to maximise their use, leaving our economy, our people and our essential services worse off. They have endeavoured to hide this through smoke and mirrors but they must come clean with the Scottish people.

“Scottish Labour wants transformational change, we want investment for the future. We know that we cannot reverse 13 years of mismanagement in one budget. So we have asked of the Scottish Government in this year’s budget is to take a step in the right direction, to take a step towards real change.”

“The lack of an emergency response in today’s budget reflects the lack of constructive engagement from the government this year.

Opinion: The koalas will burn until you say ‘enough’

“This is extremely disappointing, but there is still time to strike a deal. Nobody expected Kate Forbes to have to take over the budget in these circumstances, but it does give her the opportunity to try and build the political agreement that has been missing so far. If that includes a willingness to change tack on climate, then the Scottish Greens are ready to be constructive.

“Our proposals include expanding the concessionary bus fare scheme to young people. This popular policy would not only encourage more people to use public transport, helping to tackle the climate crisis, it would make using buses more convenient and affordable for families and provide huge social and economic boosts to communities across the country.”

The Scottish Conservatives’ Murdo Fraser welcomed what he said was a “Boris boost” of £1.1 billion from the UK Government, as well as the “union dividend” which he said provided economic security.

Scottish Liberal Democrat leader Willie Rennie questioned whether any other monies had been set aside for “independence”.

Forbes responded that the Scottish Government was deploying “every fiscal lever we have”, that the full budget was being laid out, and that should unexpected impacts be made to Scottish spending priorities by the March UK budget, the responsibility would lie with the UK Government. She added that the budget was designed to protect the Scottish economy from the fallout from Brexit.

Forbes also pledged “a record £15 billion” for health and social care – the area of the public sector which traditionally requires the largest portion of Scottish Government funds.

Another keynote of what Forbes termed a “progressive budget” were measures to tackle poverty.

She said: “We are also providing wider support to tackle poverty and to help progress towards the target to halve child poverty by 2030.

“We will continue to invest from the £50 million Tackling Child Poverty Fund and will increase the Scottish Welfare Fund by over 7 per cent, to provide more support to those hit by UK Government welfare cuts.”

In a special statement at First Minister’s Questions before the budget was unveiled, First Minister Nicola Sturgeon said that Mackay’s conduct had been “unacceptable”, and that she had further suspended him from the party, after reading transcripts of the text messages. She added an investigation would follow.