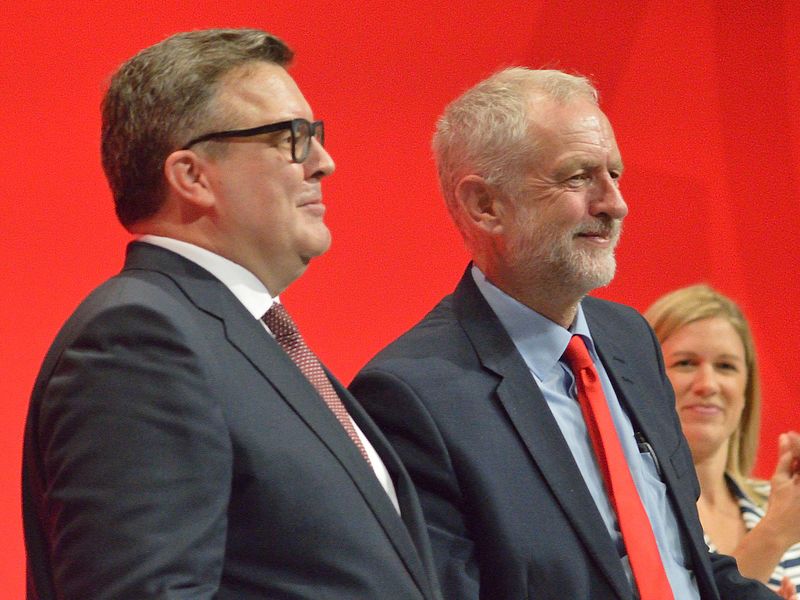 LABOUR LEADER Jeremy Corbyn has put forward a series of “radical” reforms which he hopes will start a public debate about how to create a media for the digital age which is controlled by those who consume and create it rather than by the elite.

Speaking in Edinburgh at the Alternate MacTaggart Lecture, Corbyn spoke for the first time about his views on Britain’s struggling media landscape, floating a group of four proposals which would build “a free and democratic media for the digital age”.

His proposals included a radical overhaul of freedom of information laws, as well the establishment of an independent fund which would support public interest journalism, funded through an agreement or a windfall tax of tech giants like Google and Facebook.

With a nod to his own, often difficult relationship with the media, and after a difficult summer facing claims of an anti-semitism crisis, Corbyn re-affirmed his commitment to a free press but said that media owners and executives contributed to a public mistrust through “cosy” relationships with senior politicians and the rich and powerful.

On a public interest media fund, Corbyn name-checked The Ferret, a radically structured cooperative media outlet based in Scotland:

“Faced with declining revenues, investigative journalists are looking to alternative models of ownership to carry out their work. Here in Scotland, The Ferret uses a cooperative model, with a board comprised of readers and reporters.

Corbyn: The Ferret represents a cooperative public interest model, the likes of which could be funded so they have more time to scrutinise public institutions, services and local government

“They cover issues such as human rights, environment and housing, providing a public service to communities in Scotland. They’re setting a standard in public interest journalism here in Scotland, just as the West Highland Free Press has done for local press.”

However, a senior Labour insider was sceptical: “I strongly disagree with the overarching premise that the media is ‘failing’. It isn’t the media that has failed this summer, it is the UK Labour leadership’s media strategy with its inability to get a grip of the anti-Semitism crisis.”

In a statement issued to CommonSpace, the National Union of Journalists general secretary, Michelle Stanistreet said: “The NUJ welcomes bold proposals that seek to protect and bolster public service broadcasting, and aim to carve a future for the BBC that is free from the ceaseless political pot-shots lobbed its way in the last two licence-fee settlements that have undermined its resources and threatened its ability to deliver quality content and programming.

“As a trade union we would agree on the importance of empowering journalists to act ethically, increasing diversity and equality in the media, tackling the concentration of media ownership and power, and enabling media workers to have a louder voice in their own workplaces and on decision-making boards.

“It is important that politicians recognise the vital role of independent public interest journalism and the grave price that some journalists have paid with their lives for speaking truth to power.” NUJ general secretary Michelle Stanistreet

“The NUJ is not affiliated to any political party but it is important that politicians recognise the vital role of independent public interest journalism and the grave price that some journalists have paid with their lives for speaking truth to power. We hope this speech is just the start of a more detailed discussion about how to bring change to the media that benefits journalists, journalism and society as a whole.”

Corbyn insiders have been floating the proposals for some time but were keen to ensure that the intervention was not interpreted as political interference in the free press.

The veteran left-winger also made proposals on the overhaul of freedom of information laws, which would include bringing private companies which deliver public services into the scope of the act, although FOI law is fully devolved to the Scottish Parliament.

Speaking to CommonSpace, Scottish journalist and freedom of information campaigner James McEnaney responded to Corbyn’s speech: “Corbyn’s comments on FOI are clearly informed by the situation in England rather than Scotland, and the commitment to merely ‘look at’ ending ministerial vetos is uninspiring and ultimately pretty meaningless without a lot more detail.

“That said, he is right that private companies providing public services should be covered by FOI. Ultimately, however, the onus will now be on Richard Leonard and his colleagues to explain, specifically, what they will change if they ever return to office in Edinburgh.”

Read More: Analysis: What do revelations about BBC political vetting tell us about press freedom in the UK?

Corbyn also addressed the BBC and how a future Labour government would approach the corporation, saying that the “great institution” should never be broken up. However, he also noted concerns and mistrust common amongst his own supporters and Scotland’s independence movement about perceived bias.

“The BBC must not be broken up or privatised but should lead positive change, with stable, secure funding so it can drive up standards right across the sector.

“But the BBC should be freed of government control, democratised and made representative of the country it serves to help it do that.

“The BBC is meant to be independent, but its charter grants governments the power to appoint the chair and four directors of the board and set the level of the licence fee,” he said.

“Corbyn’s comments on FOI are clearly informed by the situation in England rather than Scotland, and the commitment to merely ‘look at’ ending ministerial vetos is uninspiring and ultimately pretty meaningless.” Journalist James McEnaney

Speaking to CommonSpace, Alan Roden, formerly director of communications for Scottish Labour, responded to the speech: “We have a strong, robust media in the UK which rightly holds all political parties to account. The Labour Party should be wary of echoing the Trump playbook around ‘fake news’.

“However, there is a lot in Jeremy’s speech worthy of consideration, including the need to support and encourage public interest journalism and professional online outlets such as Common Space and the Ferret.

“And one of the biggest democratic risks in our country is the decline of local newspapers, so ideas about how to revitalise this vital industry should never be dismissed out-of-hand.

“All political parties think the BBC is biased against them, which suggests the reporters are actually doing their job well, and the organisation should of course be representative and accountable. But electing board members would make the BBC more political, not less. You could easily imagine a scenario where long-standing critics like Alex Salmond or Nigel Farage would seek to be elected.”

Another proposal which gained support on social media included asking the BBC for complete transparency about the diversity and make-up of the BBC workforce. The journalist and broadcaster Stacey Dooley, who has made many programmes for the corporation, supported the suggestion online.

Speaking to CommonSpace, Scottish journalist Jonathon Rimmer, editor of the left wing media website Conter, said: “Inevitably, many commentators will be infuriated by Mr Corbyn’s suggestion the media is ‘failing’. However, an Ipsos Mori poll last year found journalism is among the least trusted professions in the UK. The UK only ranks 40th in the world for press freedom, unsurprising when you consider the extent to which the British establishment uses mass media to impose its worldview on others.

“That in mind, Corbyn’s ‘bold and radical’ proposals are actually eminently sensible for the most part. Granting charitable status to some investigative journalism outlets would be a necessary step if we are to steer the industry in the right direction. His various proposals on how to democratise the BBC are also welcome, but I would personally like to see greater scrutiny of the BBC’s editorial approach. As it stands, the neo-liberal economic framework favoured by every government since the 1970s is portrayed as the status quo.

“Reform around how the BBC is run and how it is funded is important, but there are practical steps the BBC could already be taking. I would like to see Corbyn’s Labour apply greater pressure on these issues.”

Read More: ‘Clashes’, ‘Dozens die’ – Why is BBC reporting not clear about who the killers and killed were in Gaza massacre?

Some journalists and industry insiders responded negatively to Corbyn’s proposals, and at a Q&A after the speech, a Daily Mail journalist suggested that his proposals would fundamentally change traditional newspapers and said a “cynic” could suggest this was a form of payback for negative coverage he has received over anti-semitism.

Speaking to CommonSpace, media commentator and journalist Dawn Foster was supportive of the speech and said that suggestions around freedom of information would be helpful: “Just now when we are looking at the Grenfell tragedy, what you find is that so much of that story is out of reach because the information is held by private contractors.

Foster responded to criticisms from some in the industry who said that politicians should not interfere in the media, arguing that the security of the industry and issues around public trust show the need for a public conversation: “This was a speech aimed at the general public, and I think it will resonate with them.

“What is clear is that if we just leave it up to the market then it doesn’t work, and we need funding models outside of rich people with vested interests.