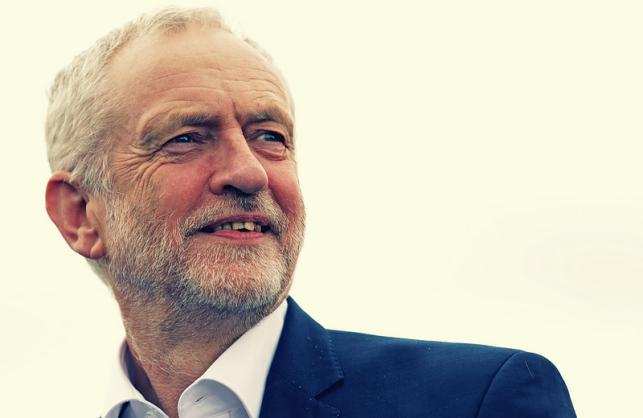 AN “off the peg” single market deal would limit Labour’s radical plans, the Labour leader Jeremy Corbyn has said at the Scottish party’s annual conference in Dundee.

The Labour leader also told CommonSpace his party’s message could convince independence supporters who had abandoned the party.

Speaking to the largest Scottish Labour conference for a number of years, Corbyn, after pronouncing “Labour in Scotland is back”, said: “We would aim to negotiate a new and strong relationship with the single market and a floor under existing rights, standards and protections for workers, consumers and the environment.

“That new relationship would need to ensure we can deliver our ambitious economic plans take the essential steps to intervene, upgrade and transform our economy, and build an economy for the 21st century that works for the many, not the few.

“We cannot be held back inside or outside of the UK,” he added.

CommonSpace spoke to Jeremy Corbyn after his speech, asking him how he planned to reach out to Scottish independence voters when his policies on Brexit and the single market seemed to be at odds with Scottish voters.

READ MORE: 5 key things to look out for at Scottish Labour’s 2018 conference

Corbyn said he thought the message about what a Labour Government could do would reach out to those who currently see independence as the best route to change: “We would challenge austerity, and we would invest in housing, health and education in Scotland and across the country.

“We would also tax more at the top end and introduce a living wage of £10 per hour across the UK as well as ensuring we have a social security system worth its name.”

Speaking after his speech, the SNP said the party’s support for Brexit which would see Scotland outside the single market “shameful”.

SNP MSP Clare Haughey said: “Nothing we heard today from Jeremy Corbyn can disguise the fact that he and Labour are backing the Tories’ plans to take Scotland out of the single market against our will.

“Labour are backing the Tories’ plans to take Scotland out of the single market against our will.” SNP MSP Claure Haughey

“Rather than taking action to help block that looming disaster, they are blindly supporting plans to leave the single market – which the UK government admits will have a devastating impact on Scotland’s economy.

“Jeremy Corbyn and Richard Leonard are the Tories’ willing helpers for an extreme Brexit that will destroy Scottish jobs, hit investment and exports, and damage living standards for communities the length and breadth of the country – and they should be ashamed of that.”