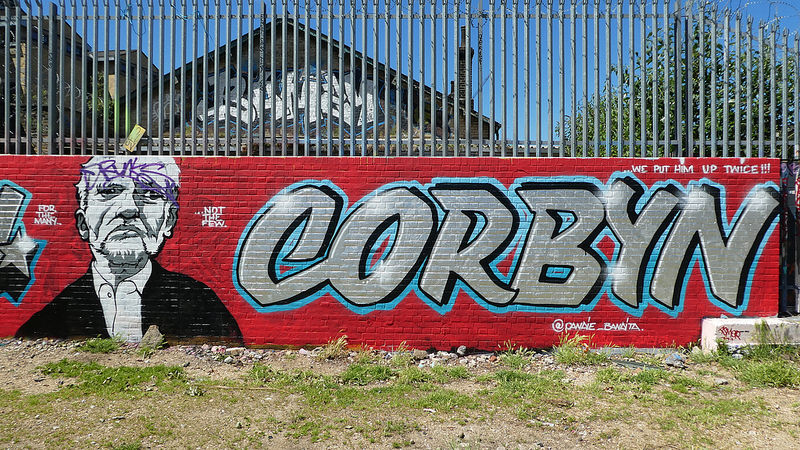 JEREMY CORBYN has promised the “billionaire, tax exile press barons” that change is coming, after titles such as the Sun, the Daily Mail and others reported false claims that Corbyn was a communist spy.

Rightwing newspapers reported this week claims that the Labour leader had sold information to a Czechoslovakian spy in the 1980s, but this was quickly rubbished by Corbyn’s office and experts reviewing papers from the intelligence agency, who said there was no evidence to support the allegations.

Speaking on Radio 4’s Today programme on Thursday morning, the former Director General of Mi5, Eliza Manningham-Buller, who was a senior intelligence officer in the 70s and 80s, said she had no knowledge of whether Corbyn was a communist spy.

Corbyn posted a video online on Tuesday evening addressing the allegations, saying they came from a rightwing press who were increasingly scared of the prospect of a Labour government which would seek to “open up” media ownership and tighten rules which allow many media owners to benefit from tax avoidance.

“A free press is essential for democracy, and we don’t want to close it down we want to open it up.” Jeremy Corbyn

Corbyn said in the video, which has almost 20,000 shares on social media: “Publishing these ridiculous smears that have been refuted by Czech officials shows just how worried the media bosses are by the prospect of a Labour government. They’re right to be.

“Labour will stand up to the powerful and corrupt.”

He added: “A free press is essential for democracy, and we don’t want to close it down we want to open it up.”

Speaking after the allegations, Corbyn’s deputy Tom Watson, a long-time commentator on the media industry said: “This journalism is not worth the paper it’s printed on. The only thing these articles reveal is just how concerned some tax dodging media barons are about a Labour government.

“The only thing these articles reveal is just how concerned some tax dodging media barons are about a Labour government.” Tom Watson

“In an era when the traditional press is fighting for survival newspapers should be upping their journalistic standards not falling onto the wrong side of the fake news divide.

“These irresponsible scurrilous stories do a disservice to the titles they are printed in and undermine the British newspaper industry during a very febrile time. For newspapers to have a brighter future than they look to now, proprietors must focus on ensuring their publication’s long-term health and reputation, rather than on cheap political attacks.”

Labour has become increasingly reliant on social media to share its message, and Labour insiders pointed out that it was “new media” outlets and social media that corrected the reports this week about Corbyn.

Corbyn is expected to say more about the future of new media in the coming weeks.