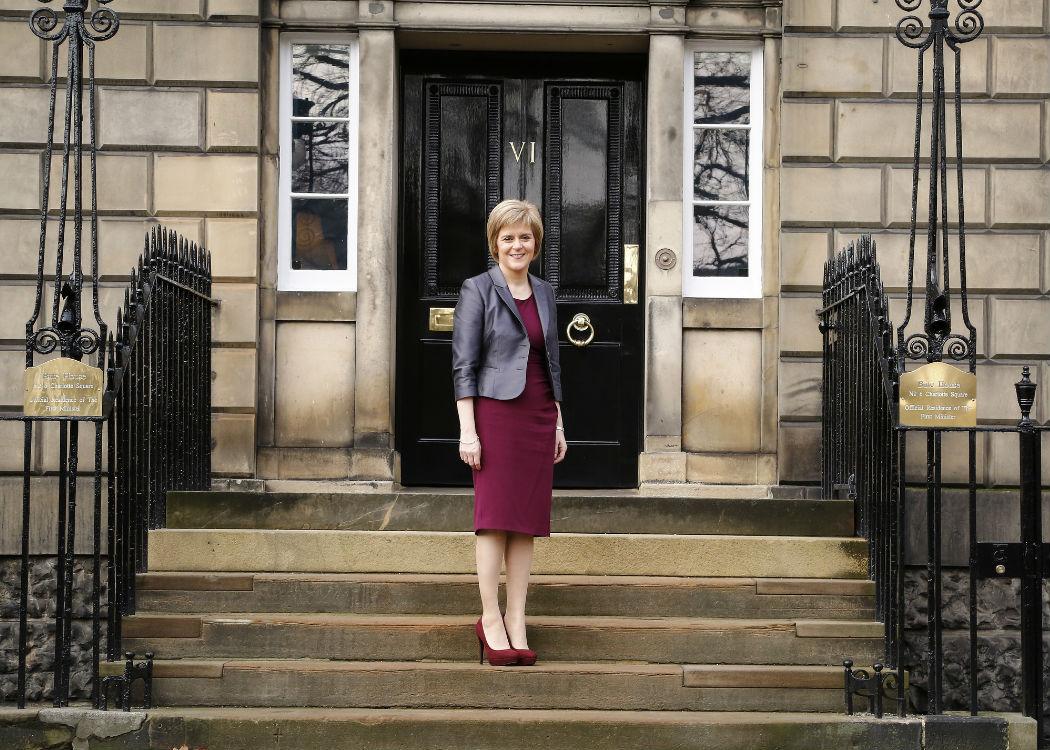 IT WASN’T quite Jimmy Reid. In fact, it was far from it. But when Nicola Sturgeon told a London audience on Wednesday that the human cost of austerity “is in itself too high”, it was hard not to be reminded of the late Trade Unionist’s rectorial address at Glasgow University in 1971.

Reid’s famous ‘rat-race’ speech, which was reprinted in full in the New York Times, was a warning against alienation and individualism.

“The price,” Reid said “is too high. It entails the loss of your dignity and human spirit.”

At the time of his speech, Reid was a member of the Communist Party of Great Britain which rejected capitalism not in part, but in whole. Nicola Sturgeon is leader of the Scottish National Party and the First Minister of Scotland. Her remarks on the vitality of business and on fairness going hand in hand with “prosperity” were more Third Wayism than Bolshevism.

Yet what Sturgeon and Reid (who did join the SNP in later life) have in common is an empathy at the core of their politics. This marks Scotland’s First Minister out from almost all of the Westminster establishment – something she isn’t slow to note.

“The entire focus of the Westminster debate is on the deficit,” Sturgeon told an audience at Kings College London (KCL) on Wednesday. But “economic policy is a means not an end; it is the means for citizens to lead happy, healthy, fulfilling lives.”

The current policies of austerity that disproportionately affect women, the disabled and the poor are “morally indefensible”, the SNP leader declared.

Not only that, but they are also “economically unsustainable”. The deficit is a “a symptom of economic difficulties, not just a cause of them”, said Sturgeon, stating that the deficit reduction plan hasn’t worked. She said that the Tories own measure, the economy is failing.

These ideas are gathering pace. Syriza’s victory in Greece, coupled with the rise of Podemos in Spain mean that there is a chipping away of the armory of Europe’s austerity dogma. The defences of the UK’s political class may well be breached soon, too.

This was Sturgeon – the potential kingmaker after the General Election – sending a message to an English audience that the SNP stands ready to rattle the cages of a cosy Westminster consensus come May.

The economic proposals were modest. A 0.5 per cent real terms increase in public spending per year. This would free up PS180bn by 2020 to grow the economy while still reducing the deficit, Sturgeon said.

The response from the other parties was anything if not predictable. “Sturgeon set to bankrupt Britain,” screamed the Tories. “Vote SNP, get the Tories,” cried the Labour party .

With a Scottish wipeout looming, the Labour party feels it has a lot to fear from the SNP – Scottish Labour in particular – but the reality is that Sturgeon could ultimately be the unlikely saviour that many in the UK Labour party have been looking for.

A Labour party reliant on SNP support would be forced to curtail its plans for continued austerity. On the economy, clear blue water may be put between Labour and the Tories again for the first time in a long time. There are lots within the Labour party, indeed many Labour MPs, who would welcome this.

Pasok, Labour’s sister party in Greece, was annihilated in the recent election after the Greek people punished it for abandoning social democracy and enforcing brutal austerity measures.

Unless Nicola Sturgeon or something of her ilk is successful in shifting the direction of UK politics back towards social democracy, you wouldn’t bet against Labour suffering the same fate.

Picture by First Minister of Scotland