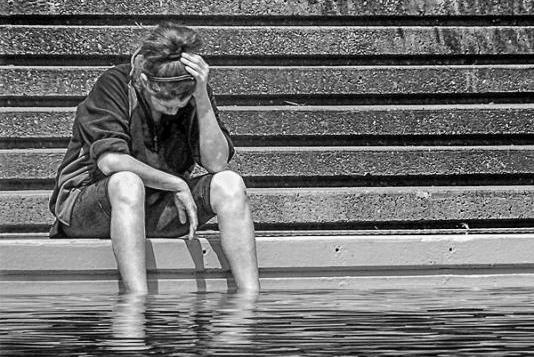 AS MENTAL HEALTH Awareness Week (14-20 May) generates discussion about the stigma associated with mental health issues, the Scottish Trades Union Congress (STUC) is calling for greater attention to the structural causes and collective solutions to poor mental health.

The STUC equality committees will host a day of discussions, workshops and information sessions on Saturday 19 May, based around the idea that ‘We’re All in This Together’.

Drawing attention to a 2010 Mental Health Foundation (MHF) report, ‘The Lonely Society’, which found a link between an increasingly “individualistic society” and an increase in mental health issues, STUC suggests there is a need to consider the importance of social cohesion to a mentally healthy society.

In particular, the event will examine how political and economic conditions, such as austerity and precarious employment, impact upon mental health and access to support, and the role which trade unions can play in addressing these. The same MHF report found that mental health problems are more prevalent in unequal societies.

Speaking on the day of the causes and effects of mental health issues in the workplace will be Kendra Briken, lecturer at Strathclyde Business School Dr Kendra Briken. Briken told CommonSpace that there is a tendency to view mental health as an individual issue, but this might not be the most effective approach.

“We need to broaden the debate on mental health and make it a collective issue, create spaces to collectivise. At the moment, awareness is good, but the underlying causes should not be reduced to individual psychological pattern,” she said.

In workplaces, she said, the onus is too often put on workers to take care of their own mental health, meanwhile, the workplace can be an increasingly stressful environment. “Employers offer mindfulness, yoga, or resilience courses. This all sounds good and for some people this is helpful no doubt.

“But at the very same time, we see performance management increasing our targets every day, we see support staff cut away in public institutions, we see facility time taken away for union reps.

“Working hours increasingly differ, and collective experiences of stress, pain, or anxiety, are made the more and more invisible.”

Briken said that addressing the mental health impacts of work means taking into account “the workfare regime in a broader sense”, including the prevalence of zero hour contracts, casualised work, low pay, and increasing workloads, as well as rising costs of housing, energy, food, transport and care services.

These factors, she said, “clear increase stress levels”, which is why collective action is essential to addressing the problem. “It is here where I see the role for trade unions. We need to fight against all forms of exploitative working conditions, on all levels, at work and beyond,” she said.

A panel discussion at the event will hear from representatives from the women’s committee, youth committee, Black workers’, LGBT+ workers’ and disabled workers’ committees, and the Scottish Pensioners’ Forum, addressing how issues faced by different demographics impact on mental health.

Mélina Valdelièvre, a member of the Black workers’ committee, will speak about the black community – used broadly in the political sense to refer to anyone who is racialised because of their skin colour or ethnicity – and the criminal justice system, and the relationship between this issue and mental health.

Speaking to CommonSpace, Valdelièvre said: “The Black workers’ committee feels that mental health is an important issue because it is often considered a taboo topic in Black communities, and because racism causes mental health problems.

“Whether it involves intentional acts of hatred or systemic oppression, racism causes strong feelings of alienation, isolation and inadequacy, so it isn’t surprising that it leads to higher risks of mental ill-health.”

Furthermore, she said, mental health services fail to “consider the complexities of Black mental health and life experiences, even though Black people are over-represented in mental health institutions and in prisons”.

Valdelièvre said it was important to take an “intersectional approach” to mental health in order to understand how different groups are impacted by issues like racism, sexism or homophobia, while also recognising that suicide rates among young men reveal that “mental health does not discriminate”.

“Every section of identity leads to unique experience that needs to be respected and valued. Collective action which takes into account the diversity of experiences will alienate fewer people, reach out to more people and allow us to address the issue more effectively,” she said.

Scott Hartles, chair of the youth committee will focus on the issue of young male suicide. “Suicide is the biggest killer of men under the age 45 with approximately 87 men killing themselves a week. Young people – in particular, young men – are still living with the stigma of not feeling comfortable talking about their feelings and telling someone they’re struggling,” he explained.

“The first step has to be telling someone that they are having these thoughts and then seek the help they need whatever form that takes, whether it’s therapy, talking to a family member, finding a new hobby. There are a lot of solutions to the problem – it’s about finding the right one for the person who needs it.”

Hartles said that on a personal level, he was “proud” of the trade union movement for taking the lead on the issue of mental health, and in his role as a union representative he has been approached by people about their mental health problems.

“I genuinely believe that this wouldn’t have been on the radar of Trade unions ten years ago”, he said. “Trade unions are creating a safe environment for many that need it and previously never had that.”

Closing the event will be Wee D, or Daniel Quinn, a Glasgow-based rapper, who recently performed at a fundraising event to fight mental health stigma after Scottish hip-hop artists Calum “Lumo” Barnes took his own life late last year.

Quinn said that his speech will address “the culture of toxic masculinity and stigma that is attached to those brave enough to open up about their mental health”.

“I’ll be speaking about the creative arts as a toolkit to explore your own mental health and how Hip Hop, poetry and creative writing can create a platform for young men to speak openly, void of criticism about their issues,” he added.

“Lastly, I’ll speak about the benefits of communicating through this medium and how it has helped myself and so many others in challenging cultural stigma.”