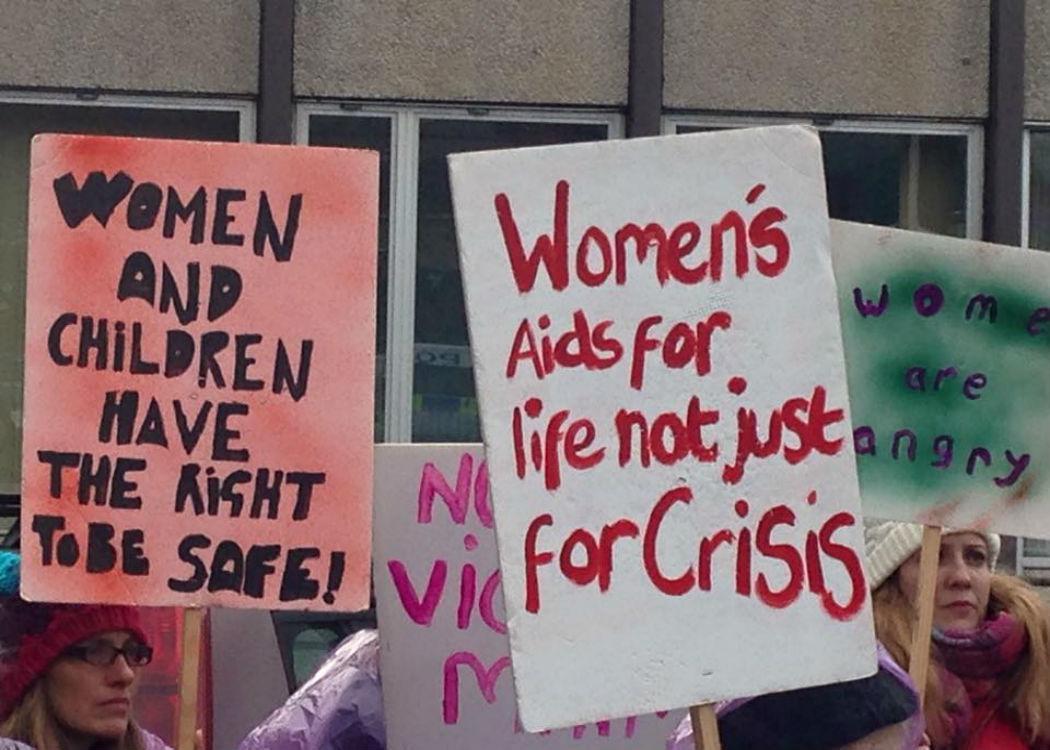 CLYDEBANK Women’s Aid had all of its funding cut on Wednesday night at a West Dunbartonshire Council budget meeting.

The news comes despite protests taking place earlier in the day outside the council offices to save the specialist service, as Scottish Women’s Aid argue the cuts could leave hundreds of women vulnerable in the West Dunbartonshire area.

In a statement released by the council following the meeting, council leader Martin Rooney said: “This has been the most difficult budget process in the council’s history.”

As well as the Women’s Aid cuts, the school day will be cut by 30 minutes and Garshake nursery will be closed. The council says it has no option, as it needs to make PS17m of savings by 2018.

“We’ve listened to our residents and rejected a number of options that they did not support. Where we have had no choice but to find savings we have used fairness not austerity as the test. This budget protects those who have the least, and approves savings proposals that will have the least effect on our local community,” Rooney added.

“Disgusted that West Dunbartonshire council have cut all funding to Clydebank Women’s Aid, putting hundreds of women at risk. Despicable,” the group said on Twitter.

SNP councillors proposed an alternative budget that would have saved Clydebank Women’s Aid.

Another budget proposal advocating no cuts from independent councillor George Black, titled ‘The People’s Budget’, was also put forward, but both were rejected by the Labour-led council.

Sixty thousand incidents of domestic abuse were recorded by police in Scotland in 2012-13, a five-fold increase on 2003.

Women’s Aid groups support around 25,000 women across the year, and most women seeking help have children.