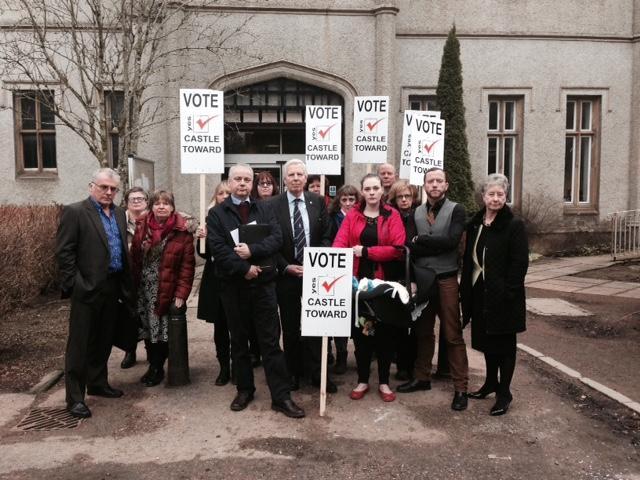 THE REFUSAL to grant a community right to buy Castle Toward estate in Dunoon was “unedifying” and “perverse”, according to an independent report into Argyll and Bute Council’s leadership.

Community campaigners in Dunoon, Argyll and Bute, worked for 18 months on plans to regenerate a derelict council owned site and raised a bid of PS850,000 with the backing of the Scottish Land Fund.

The Performance Review and Scrutiny Committee reported that council’s mishandling “ultimately resulted…in the unedifying adversarial and confrontational denouement to the process which left all diminished”.

“[The report] has confirmed that the process was rigged against the community just as the community has suspected since the day and hour their bid was rejected.” Mike Russell MSP

The report, which criticises the controversial valuation process of the estate, concludes: “It is to be hoped that if the council again has the opportunity to work with a community within Argyll and Bute as engaged, empowered and enthused as South Cowal, the strategy shall be in place for a less divisive conclusion.”

The council, shortly after rejecting the community offer, sold the site to private developers. Argyll and Bute originally inherited Castle Toward for just PS1.

Local MSP Mike Russell supported the community buyout, and successfully added the ‘Castle Toward amendments’ to the Community Empowerment Bill at the Scottish Parliament as a result of the campaign.

Campaigners hope that improved community buyout powers will mean authorities will not be able to block community interest investment in the future.

Commenting on the new report in The National newspaper, Russell said: “Ross [the author of the report] has confirmed that the process was rigged against the community just as the community has suspected since the day and hour their bid was rejected.

“That affront to democracy and that perversion of the balanced intent of the community buyout legislation cannot be allowed to stand unchallenged. At the very least, the council must abandon the private sale and enter into meaningful negotiation again with the community. In addition key individuals on the council side should consider their position given the contents of this report.

“If this matter is swept under the carpet again by Argyll and Bute Council this week there will be anger a-plenty in South Cowal and beyond. But worst, a manifest injustice will have been allowed to go by, revealed but unpunished and uncorrected.

“That cannot be allowed to happen in the Scotland we live in now, still less in the better Scotland we all should want to create.”

The Commission on Strengthening Local Democracy and the Commission on Local Tax Reform were set up in response to criticisms that council authorities in Scotland are failing to support local communities.

Picture courtesy of Save Castle Toward Campaign