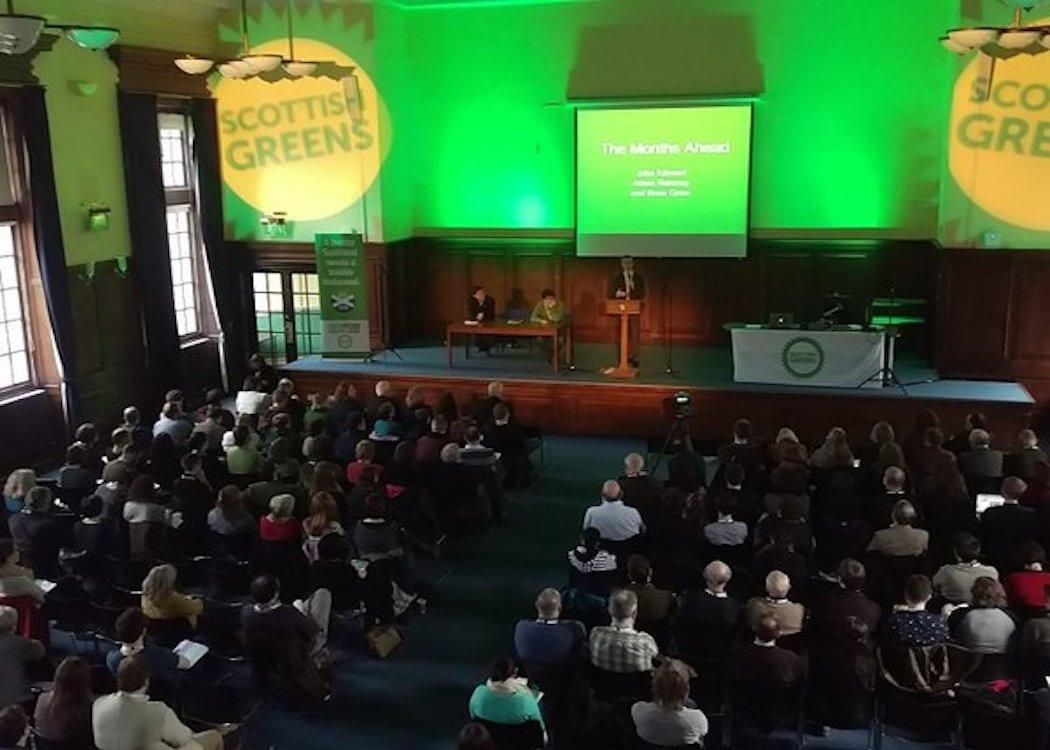 Green Spring conference focused on campaign for a “bolder Holyrood”

A FAILURE TO REPLACE the council tax proves the need for more radical voices in the Scottish Parliament, according to the leadership of the Scottish Green Party.

The Scottish Government claimed council tax adjustment – a system previously described as “hated” by First Minister Nicola Sturgeon – was a “fundamental shift” in financial policy. However, trade unions, campaigners and council authority representatives reacted with disappointment to the lack of bolder action.

Council tax is regressive, as it taxes lower earners a higher proportion of their income than the richest.

Party co-convener Patrick Harvie MSP said: “We’ve been telling voters that a better Scotland needs a bolder Holyrood, but nobody’s been making that case more clearly for us than the SNP. Ahead in the polls and with nine years experience in government, they still seem set to make only the most timid of changes to the local tax system. They need to be pushed.

“Labour and the Lib Dems aren’t doing much better – how can we leave it to them to hold the SNP to account on an issue like fracking, when they seem to swap policies on it by the week? Holyrood needs better, bolder, more coherent opposition than that.”

Maggie Chapman, fellow co-convener, added that the failure to add a more equitable system would intensify the struggle to protect public services from austerity cuts.

She said the SNP had failed “to grasp the thistle of local taxation” and had left Scotland with a tax originally created by John Major’s Tory government in 1993.

The Greens advocate a land value tax as a replacement for the council tax, alongside a restructuring of local government to provide greater local controls.

Council tax is regressive , as it taxes lower earners a higher proportion of their income than the richest.

The Scottish Greens are hoping for a breakthrough in May’s election, with a target of winning seats in all eight electoral regions.