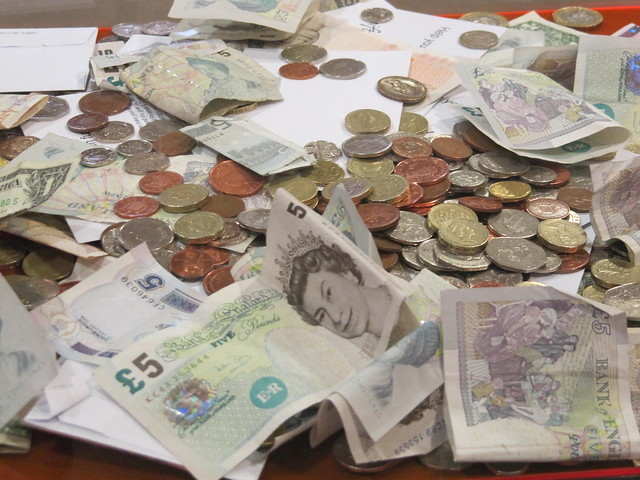 THE COUNCIL TAX is “still almost as regressive as the Poll Tax it replaced”, despite recent changes in Scotland, according to a new report from the Resolution Foundation think tank.

In a new report for the Scottish Poverty and Inequality Commission, ‘Taking Stock’, the Resolution Foundation argues that there is a “strong case” for reform of local taxation, as its current form places an unfair burden upon lower-income households.

As the primary levy on property in Scotland, the Council Tax demands a significantly higher share of income from poorer households than from the wealthy in higher-value homes.

READ MORE: Analysis: Rising Council Tax will be another squeeze on low-income Scots

The report notes that those living in Band A properties “face a bill amounting to as much as 2 per of the value of their home each year, compared to less than 0.03 per cent of the property value levied on those in Band H.”

Similarly, comparing Council Tax with the average amount of income tax paid by households in each income decile shows that Council Tax is “remarkably flat right across distribution, with those in the top decile paying only 2.7 times as much Council Tax as those in the bottom in cash terms”.

The new report, which focuses upon the rising inequalities in housing wealth across the nation, notes that the gap in housing assets is greater than that of income inequality in Scotland.

While a tenth of households own more than one home, more than a third of Scots have no property wealth whatsoever – a gap that has become increasingly generational, as younger people struggle to achieve home ownership. This has led to an increase in housing wealth inequality.

The Resolution Foundation argues that new approaches could be made to help younger and lower-income households through further reforms of the tax system, including higher rates of tax on multiple properties, or a further transaction tax surcharge on those buying an additional property.

On Council Tax, the new report considers potential reforms which could be applied in an effort to reverse current levels of inequality:

Further concerns over Council Tax in Scotland were also voiced today by Citizens Advice Scotland (CAS), which has made a fresh call for people to check their eligibility for Council Tax Reduction.

This follows research conducted for the charity which found that 25 per cent of people in Scotland who had run out of money before pay-day had to miss their Council Tax payment as a result, which 8 per cent of those missing this payment six or more times.

CAS has said that many people facing this difficulty could be entitled to a reduction of their Council Tax of up to £700, without being aware of their eligibility.

In December 2018, the Scottish Government attributed the record low in Council Tax Reduction claims to an “improving economy” amongst other facts, but in July of that year blamed Tory welfare cuts for a dramatic rise in the number of warrants issued in Scotland for non-payment of Council Tax, following the Accountant in Bankruptcy’s revelation that a total of 463,729 summary warrants were issued throughout 2016-17.

Responding to the Resolution Foundation’s report, Green MSP Andy Wightman told CommonSpace: “The Scottish Greens have successfully used our influence during budget negotiations to implement a fairer income tax system, but as this report shows we must also take measures to tackle inequality of wealth. We know that the Council Tax is hugely regressive, that’s why I’m glad that we secured a commitment at the last budget to reform local taxation.”

“No serious commentator claims that the Council Tax was anything less than broken and unworkable nor have they done so for a number of years.” Common Weal head of policy and research Dr Craig Dalzell

Dr Craig Dalzell, head of policy and research at the Common Weal think tank, commented: “No serious commentator claims that the Council Tax was anything less than broken and unworkable nor have they done so for a number of years. I welcome this report from Resolution Foundation – particularly as they highlight the rising levels of wealth inequality in Scotland and have practical and workable replacements for the Council Tax.

“Common Weal has been working on these problems for some time now and have also been examining the problem of excessive wealth inequality due to concentrations of land ownership as well as ownership of housing. We look forward to contributing to the conversation on this topic soon and would encourage the Scottish Government to engage with all interest groups who have done work on this to enact these badly needed and long overdue reforms.”

Asked for comment, the Scottish Government refrained from answering whether it agreed with the Resolution Foundation’s view of the regressive nature of the Council Tax, but highlighted its ongoing efforts to make progress on local tax reform.

A Scottish Government spokesperson told CommonSpace: “We welcome this research on housing in Scotland. We are considering our vision for how our homes and communities should look and feel by 2040.

“We are convening talks, along with COSLA, our local government partners, [and] with opposition parties to identify options for the replacement of the present Council Tax that would be supported by Parliament.

“If there is agreement on a replacement, we will publish legislation by the end of this Parliament, with that legislation taken forward in the following Parliament.”