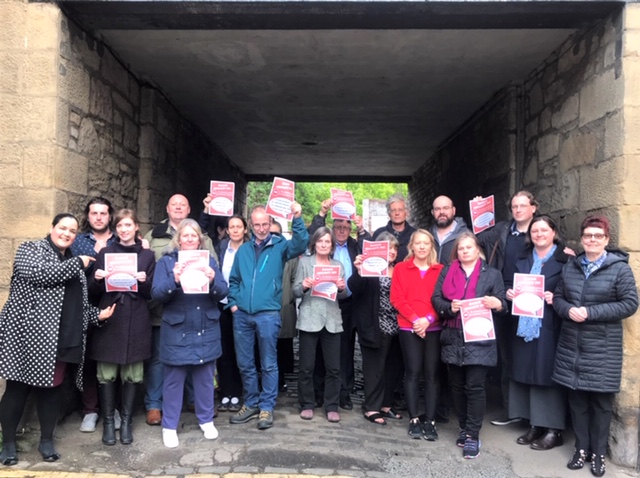 RESIDENTS of the Dalry area of Edinburgh have launched a campaign to oppose a new student development after voicing concerns that the proposed building could be dangerously oversized, potentially restricting access to emergency vehicles.

Worries have also been expressed that the planned development is “dramatically out of kilter” with the local surroundings, which are characterised by a historical style of architecture, and would seriously reduce levels of sunlight for the development’s surrounding neighbours.

With 96 local objections logged to the scheme during its consultation period, residents of Richmond Terrace – where the proposed compact site would be constructed, housing 38 students – have been joined by Ashley Graczyk, independent councillor for the Sighthill-Gorgie ward, and the Edinburgh South-West branch of Common Weal.

This follows efforts by Graczyk and Edinburgh Common Weal activists to oppose earlier plans for a much larger student development on Gorgie Road, as well as a potential housing development on Leven Street.

Both applications were submitted by Scotmid, and attracted controversy when it was uncovered by the Edinburgh Evening News that members of Scotmid staff from stores across Edinburgh had submitted letters of support for their own scheme.

Richmond Terrace resident Stephen Fox explained neighbours’ concerns over the latest plans, saying: “The proposed site is a small garage with a single access point at the end of a long and narrow cobbled street and through a restrictive pend archway. The garage is surrounded by housing on all sides and the proposed 4-storey development of 28 studios is far too large.

“It will disrupt the lives of the adjacent neighbours and put additional pressure on local amenities and services. There was a recently a fire in the Colony houses (in Atholl Terrace) where the fire engines struggled with access from Richmond Terrace and I am now very concerned about access for emergency vehicles to such a large development with so many young residents.”

Immediate neighbour Carolyn Davis added: “There is a massive danger for fire engines and ambulances getting up the street. It’s a quiet street where everyone looks out for everyone else but 38 additional student flats will devastate the area.”

Following the urging of campaigners at a local meeting on the evening of 6 May, the Gorgie Dalry Community Council have lodged an official objection to the Richmond Terrace planning proposal. The determination date is 10 May.

Cllr Graczyk commented: “I am fed up of unsuitable planning proposals from selfish developers who are looking for any excuse to put profit before people, attempting to get out of paying developers’ contributions and causing unnecessary distress to my constituents.

“It is time for the Scottish Parliament to bring forward a proper Planning Bill that puts communities first. The City is crying out for more affordable homes but planning proposals must prioritise the needs of local people over big business.”

The Planning (Scotland) Bill, intended to empower communities, was first introduced in December 2017, but has undergone several changes as it has progressed through Holyrood, and last month faced criticism in its present form from Finance Secretary Derek Mackay.

Speaking at the annual forum of the Scottish Council of Development and Industry (SCDI), Mackay argued: “The planning legislation as it is going through the Scottish Parliament right now, as amended, will make the planning system harder, not better, not easier.

“So, actually there is a cross-party piece of work to be done to fix the Planning Bill, so that the legislation can enable the right development rather than make it harder.

“See if we mess up the planning system and then we ask the question why is nothing getting through the system? You know, it’s because politicians haven’t got it right. So, we really need to fix that with the consensus that I think is required.”

CommonSpace reported in April that Edinburgh council is responsible for 72 per cent of all breaches of temporary accommodation orders in Scotland, which the Council put down to an insufficient supply of social housing.

Data published in June last year shows Edinburgh is one of the best city’s in the UK to be a buy-to-let landlord, with the margin between the mortgage cost and rent cost securing returns of over 10 per cent for landlords in the area around Holyrood Park, while Dalry, Merchiston, Gorgie and Sighthill secured yields for landlords of 8 per cent on average, and Corstorphine closely behind on 7.9 per cent.

Picture courtesy of the office of Ashley Graczyk